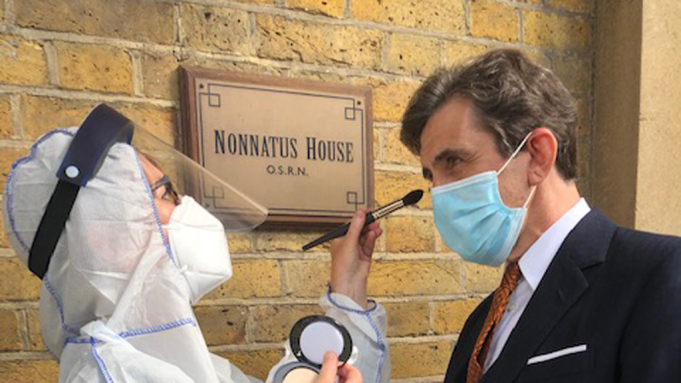 The word out of Neal Street Productions is that cast and crew of Call the Midwife have returned to Nonnatus House (i.e. Longcross Studios) to begin filming of the traditional Christmas special and series 10! Filming was halted in March due to safety concerns for the CTM family.

While postponing filming was viewed by producers as a sad but necessary decision, they did leave fans with hopes for an eventual return saying, “The moment the situation improves, the nuns and nurses of Nonnatus House will be back on their bikes, bringing babies and joy into your living rooms. We send our love to the worldwide Call the Midwife family, and look forward to being back in Poplar soon.”

Following that statement, producers revealed that some work on the show was still happening while adhering to social distancing regulations. “Our attitude is that isolation needn’t mean idleness! We’re ploughing ahead with all necessary and appropriate work to ensure that we’re ready to start filming as soon as possible,” said producers on social media.

As you can see from their official Instagram page, as filming commences, that ‘ploughing ahead’ has paid off as cast and crew go to great lengths to insure a safe production environment including the hiring of a designated coronavirus supervisor hired to oversee safety procedures.

Call the Midwife is back! We are so excited to be announcing that the fabulous @callthemidwife.official cast and crew are returning to Nonnatus House to film the Christmas Special AND Series 10! Roll on Christmas!!! “Nonnatus House, midwife speaking…”

A post shared by Neal Street Productions (@nealstreetproductions) on Aug 18, 2020 at 4:22am PDT

While production on the period drama has commenced with the 2020 Christmas special before the new series is filmed, there will be a one-episode casualty amid COVID-19 constraints in order to remain on schedule for Christmas 2020 with Neal Street producing seven episodes instead of the traditional eight for the forthcoming series 10.

Though little is known regarding a series 10 story line at this time, a statement released by producers said of the Christmas special, “It is December 1965. Everyone at Nonnatus House is looking forward to traditional celebrations with all the trimmings, but nothing goes quite to plan. Sister Monica Joan is rushed to hospital and Trixie is incensed to receive a subscription to a Marriage Bureau as a Christmas gift. Meanwhile, a surprise reunion for Shelagh involves her in a deeply moving birth, and the Circus arrives in Poplar, bringing new friendships, new experiences, and an exciting adventure for Nurse Crane….” 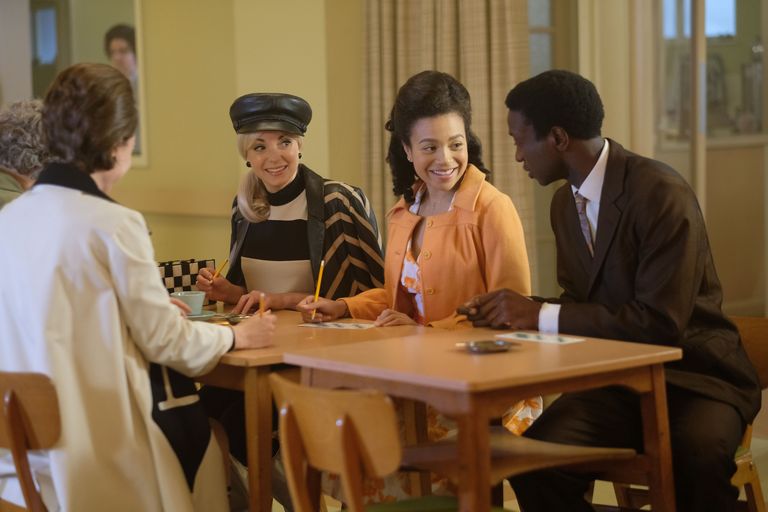 Executive producer Dame Pippa Harris said: “In such difficult times, the values of Call The Midwife seem more resonant than ever. In series ten we will continue to celebrate the skill and bravery of the UK’s NHS whilst bringing laughter and love into our homes.”

If all goes well between now and December, BBC One and PBS viewers will have the gift of a Call the Midwife special under the tree to unwrap on Christmas Day.