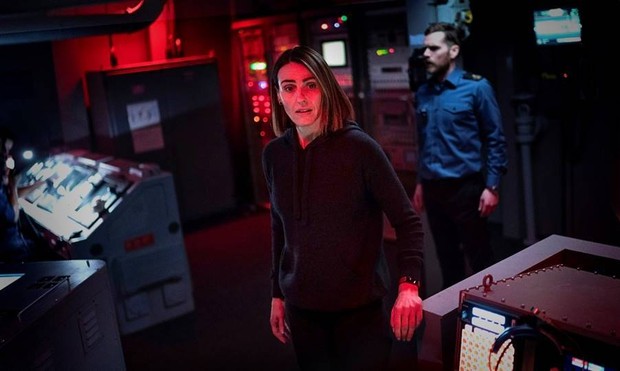 Set in Scotland, Vigil revolves around the events after the mysterious disappearance of a fishing trawler and a death on-board a Trident nuclear submarine. The two incidents see a conflict between local police and British security officers, with the Navy also involved. With the lead role of DCI Amy Silva played by Suranne Jones (Scott and Bailey, Doctor Foster, Gentleman Jack), this should be enough to secure space on my forthcoming telly radar.

When you add to it the likes of Shaun Evans (Endeavour), Martin Compston (Monarch of the Glen, Line of Duty, Traces), Rose Leslie (Game of Thrones, Downton Abbey) and Anjli Mohindra (Bodyguard) combined with the fact it is from the producers of Line of Duty and written by BAFTA-nominated writer Tom Edge (Judy, The Crown), it’s no wonder there is excitement on both sides of the camera as the drama resumed production this week.

Edge, the creator/writer of the 6-part series said, “The ‘Continuous At Sea Deterrent’, better known as ‘Trident’, has been a contentious part of national life for half a century now, a stock of nuclear missiles kept hundreds of feet below the sea surface. But this world has rarely been explored on screen. I can’t wait to take a BBC One audience down with us, into the pitch-black icy waters of the unseen Atlantic, where tomorrow’s geopolitical struggles are already being played out.”

Jones, who basically can do no wrong in my book much like my other favorite, Nicola Walker, said, “Tom Edge has created a thrill of a story, set in a world I knew nothing about. The cast and crew World Productions have put together to tell this story is so exciting. Amy Silva is a brilliantly complex character, thrown into a highly charged situation where her authority is weakened. We watch as she navigates her own personal trauma and loss, all at a time when she’s questioning her relationships and life choices.”

While production was paused due to the coronavirus pandemic, cast and crew have now reassembled and hope to conclude filming in the not-too-distant future to where BBC One audiences might see the series before the end of 2020. One can only hope for a possible PBS broadcast in 2021 at this point.

P.S. For those keeping score at home, ITV also has a nuclear submarine-based thriller on the way. Tenacity, based on JS Law’s debut novel of the same name, begins with a Royal Navy sailor discovered dead aboard a British nuclear submarine. A military detective is sent to investigate the “accident” – but it soon becomes clear there is something more sinister going on.

With the BBC locked in a naval battle with ITV over rival dramas centered around mysterious murders on a British nuclear submarine, the audiences will be the ultimate winner. These are two to keep an eye on in 2020-21.