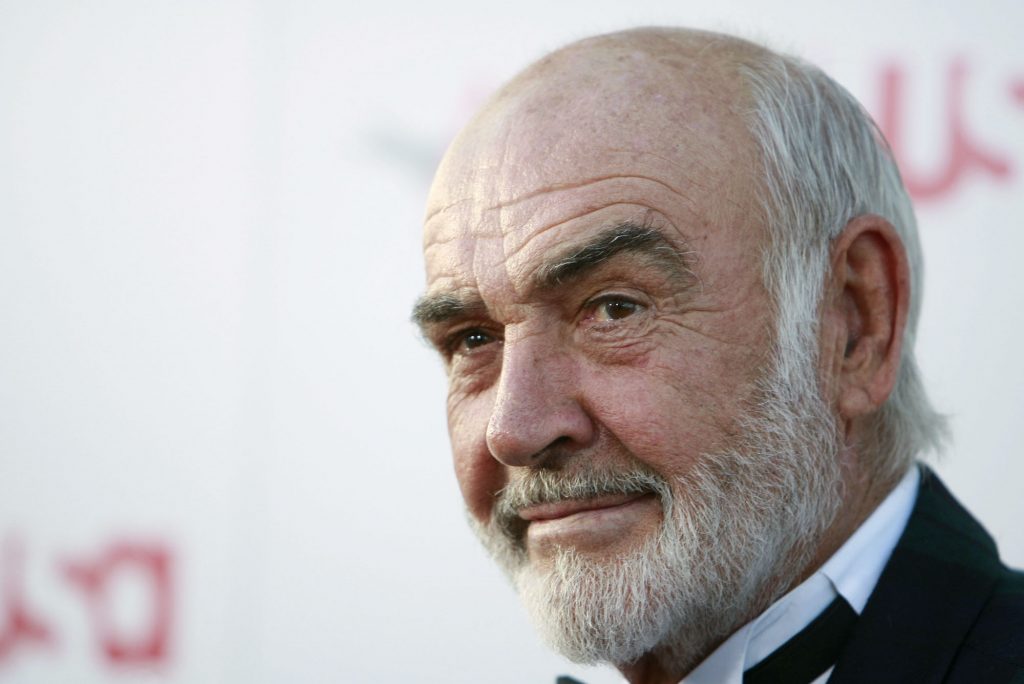 Armed with an out-of-this-world suaveness for ‘shaken, not stirred’ martini’s, Sean Connery is without question the greatest of all-time (GOAT) when it comes to James Bond. The Scottish-born actor who wrote the book on how, admittedly, in a much more permissive era of sex and violence on the big screen you go about creating the perfect super-spy, by combining love of life (and women), hard-drinking ways and the ability to solve any dispute with the barrel of a Walther PPK turns 90 years young today. 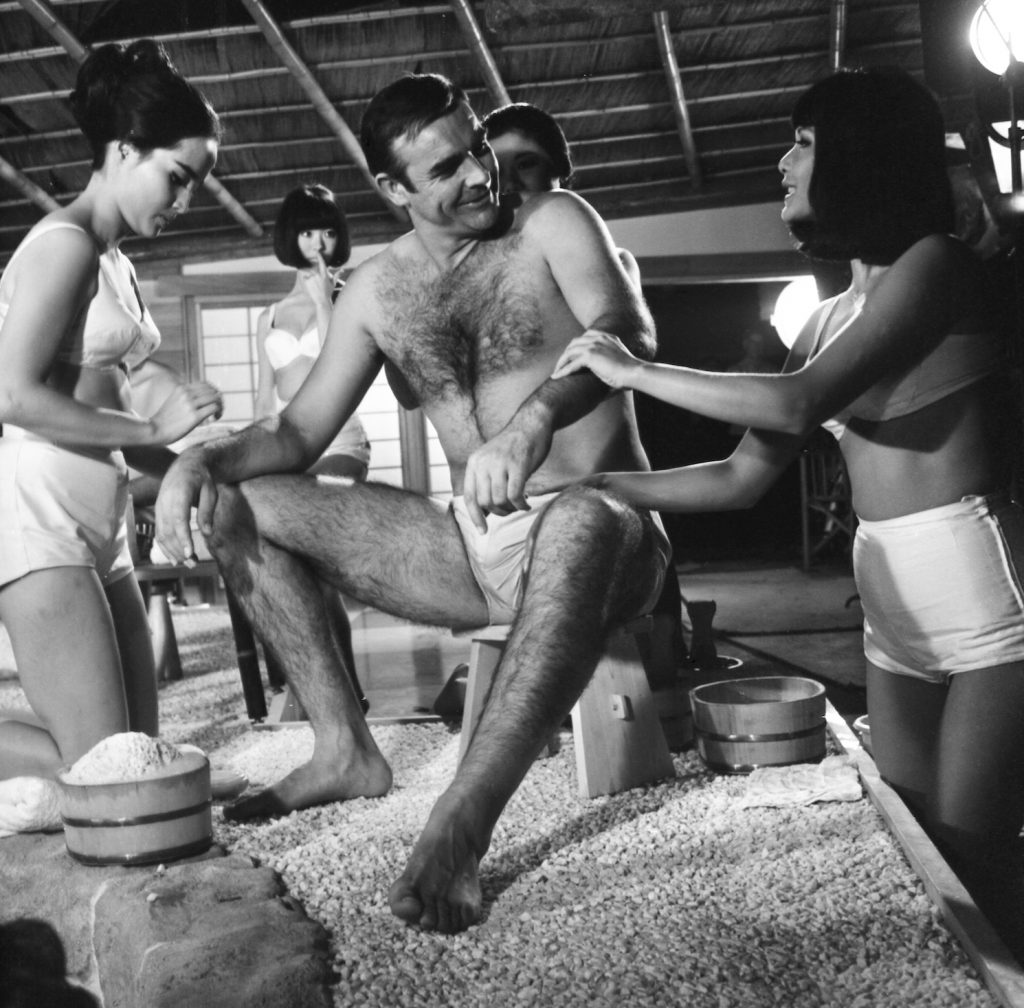 British actor Sean Connery, being given a Japanese bath, during filming of the James Bond film, You Only Live Twice, at Pinewood Studios near London on Sept. 26, 1966. The actresses shown are Yasuko Nagazuni, at left and Yee Wah Yang at right. (AP Photo/Sidney Smart)

From Dr No in 1962 to Diamonds Are Forever in 1971 and everything in-between (From Russia With Love, Goldfinger, Thunderball, You Only Live Twice), Connery epitomized the on-screen greatness that is James Bond. Connery returned to the world of 007 twelve years later in Never Say Never Again in 1983. To date, there have been six others that played the fictional British secret agent created by Ian Fleming (David Niven, George Lazenby, Roger Moore, Timothy Dalton, Pierce Brosnan and Daniel Craig) in, along with Connery, 27 films.

While Connery retired from the big screen back in 2003 following his starring role in The League of Extraordinary Gentlemen, he wasn’t always destined to be 007. As Variety points out, Connery was by no means an A-list actor at the time and really more of an unknown commodity having appeared most notably in a supporting role in Walt Disney’s Darby O’Gill and the Little People in 1959. Ok, he was Private Flanigan in The Longest Day but that hardly signals what was ahead.

At the time, a March 14, 1963 column for Variety, published as Dr. No was establishing Connery as a force for the future, Army Archerd noted that Connery, who was feted at a Directors Guild screening of the film and a ‘feed’ at the legendary eatery Chasen’s…”was only a coupla years ago hitching rides on Hollywood Blvd. That’s show biz.” 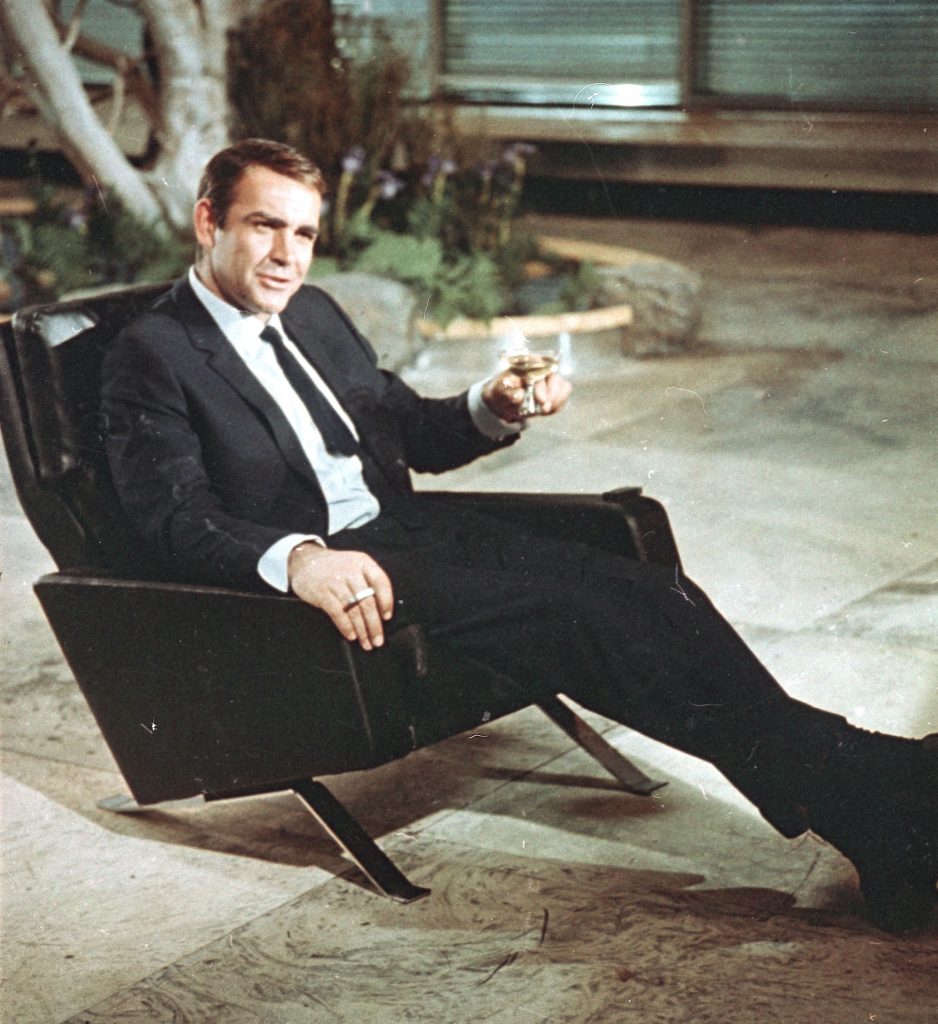 Actor Sean Connery is shown during filming the James Bond movie “You Only Live Twice,” on location in Tokyo, Japan, July 29, 1966. (AP Photo)

The success of the Bond franchise for Connery was both a positive and a negative. Audiences has difficulty seeing past his 007 persona in a number of post-Bond film roles. For my money, his absolute best were The Man Who Would Be King and Robin and Marian. Then there’s his Oscar-winning role in The Untouchables and let’s not forget his efforts in the Indiana Jones and the Last Crusade.