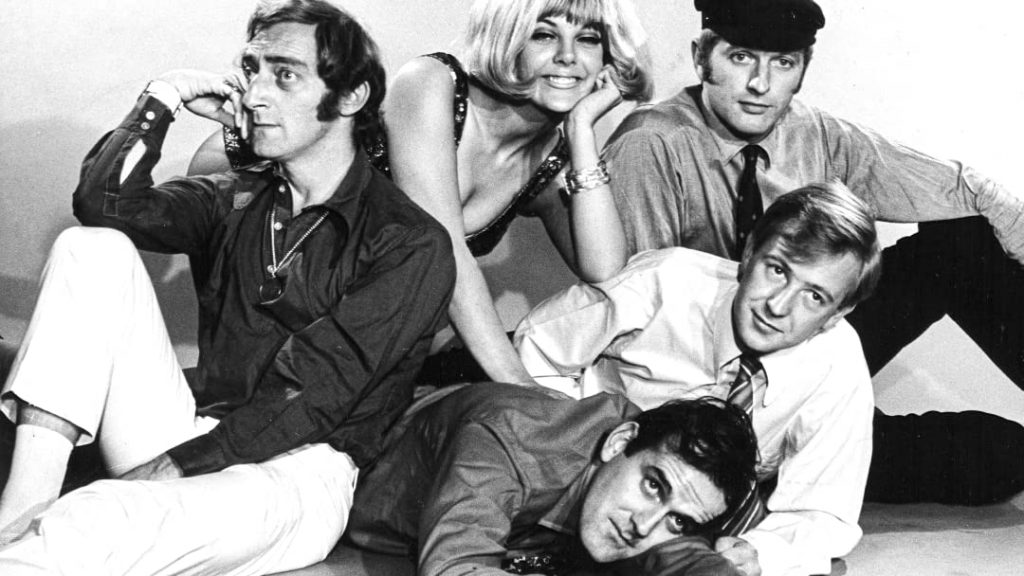 For those of you that thought humor was invented in 1969 with the premiere of Monty Python’s Flying Circus, take a look at At Last the 1948 Show sometime. A product of David Frost’s production company, Paradine Productions, and starring Tim Brooke-Taylor, Graham Chapman, John Cleese, Marty Feldman and Aimi MacDonald, the 1967 series brought to light the brilliance of the Cambridge Footlights and delivered it to a much wider audience which, until then, had been confined to local audiences in the Cambridge area before establishing a permanent home in the basement of the Cambridge Union.

In the coming years, Footlights members came to dominate British comedy, creating and starring in shows such as Not Only… But Also, I’m Sorry, I’ll Read That Again, At Last the 1948 Show and That Was the Week That Was. They were also very instrumental in forming comedy groups such as Monty Python’s Flying Circus and The Goodies.

Aside from the iconic Python catchphrase “And Now for Something Completely Different” being uttered for the first time by 1948 Show regular, Aimi MacDonald, a few classic sketches from the series found their way to Monty Python’s Flying Circus and The Two Ronnies in addition to Python stage shows and albums.

Today’s Friday Funny, “The Bookshop Sketch” was written by John Cleese and Graham Chapman and is from At Last the 1948 Show. Remind anyone of the Python’s classic “Cheese Shop” sketch featuring John Cleese and Michael Palin?

“The Bookshop Sketch” from At Last the 1948 Show — today’s Friday Funny from Tellyspotting.