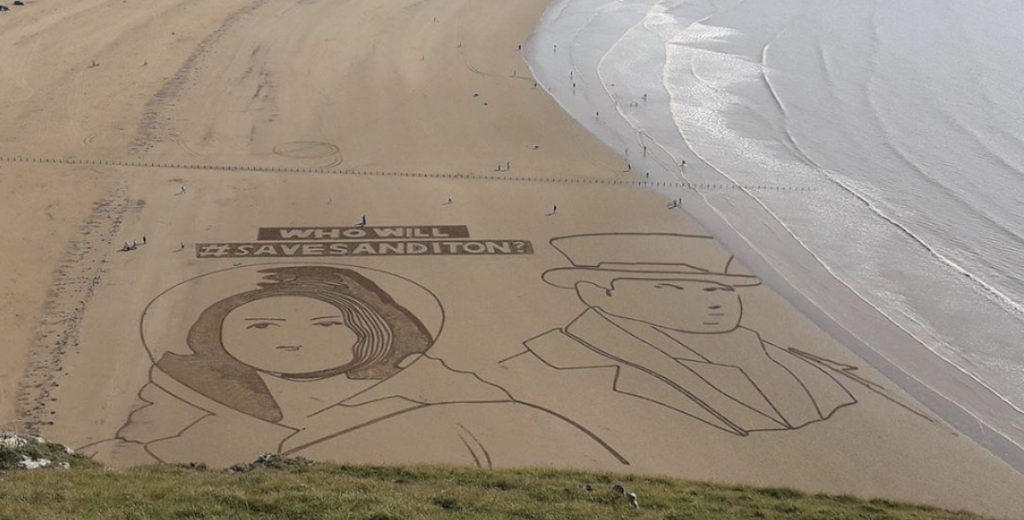 While Sanditon might not have a life after series 1 just yet, ‘when’ it does, we can all collectively take a step back and thank the Sanditon Sisterhood, whose efforts on behalf of the series based on the unfinished Jane Austen novel of the same name continue be a clinic on creativity.

What started as a simple online petition created to convince the powers that be to re-consider the decision to not commission a second series has now morphed into a worldwide group of enthusiasts that every cancelled series in the history of cancelled series could only dream of having. As of early Sunday morning, the petition has collected over 70,000 signatures in support of a 2nd series of Sanditon.

In addition to the #SaveSanditon petition, there’s a campaign website, a country by country ‘where to watch’ list and links to various articles written about the series. On Monday, however, the ‘Sisterhood’ turned it up to 11 and elevated things to the level that only Spinal Tap‘s Nigel Tufnel has gone before with a brilliant bit of sand art at Brean Beach in hopes of grabbing the attention of a willing and/or unsuspecting TV network program commissioner. Fans of the series might recognize Brean Beach as a number of scenes from Sanditon were filmed there in 2019. 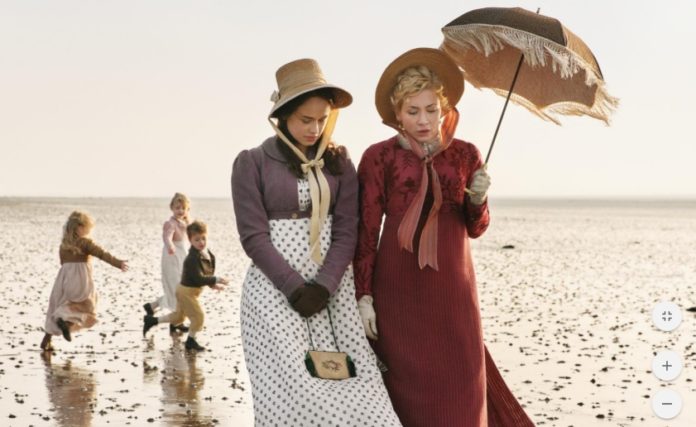 The two 120-metre large faces, which appeared with a simple message of ‘Who will #SaveSanditon?”‘ for all the world to see on Monday were created by sand artist Simon Beck and commissioned by Sanditon fans. Beck told Burnham-On-Sea.com: “This was certainly one of the most unusual pieces of sand art I have been commissioned to create – it’s my 137th piece of sand on the beach.” 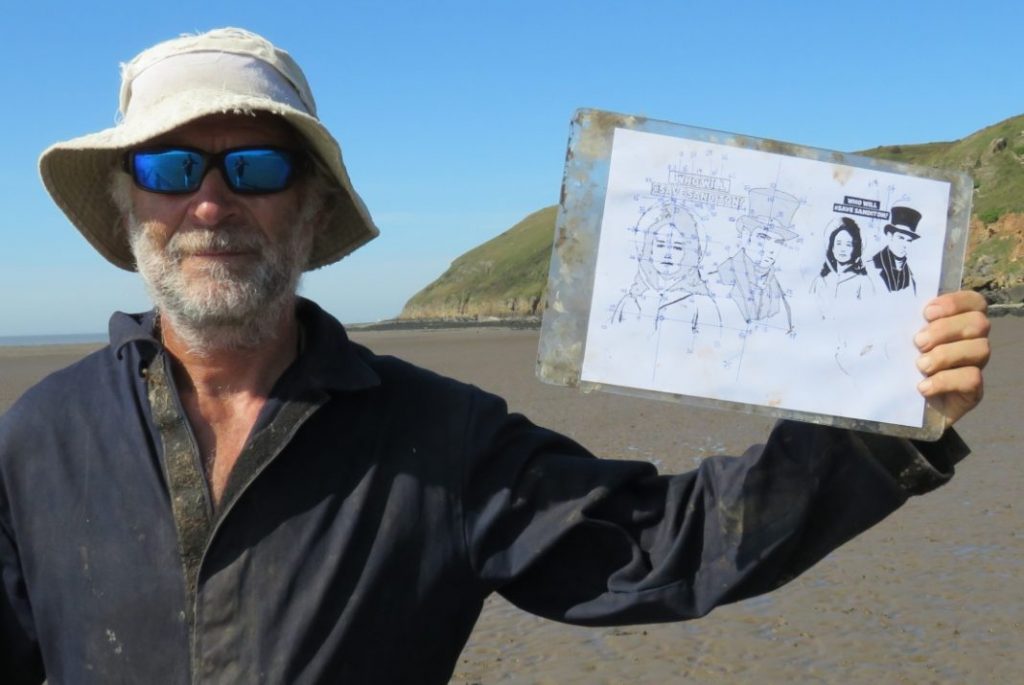 Juliet Creese from the Sanditon Sisterhood group explains the groups efforts: “Sanditon was a TV series based on Jane Austen’s final uncompleted novel. Like the story on which it is based, Sanditon is currently incomplete after just one season was made by ITV. The series is only half finished, with a heart wrenching cliffhanger, and a very un Austen-like finale. The outcry of shock and anger from fans after the finale has morphed into a collective demand for the continuation of the series. Fans all over the world took to social media to mobilise their campaign to Save Sanditon.”

Whether you’ve been a fan of the series since day one or just discovered it amid this worldwide ‘working from home’ concept began back in March of this year, there’s a petition here that needs your name added to the list of those wanting to see a series 2! The Sanditon Sisterhood stands ready to say thank you in advance.