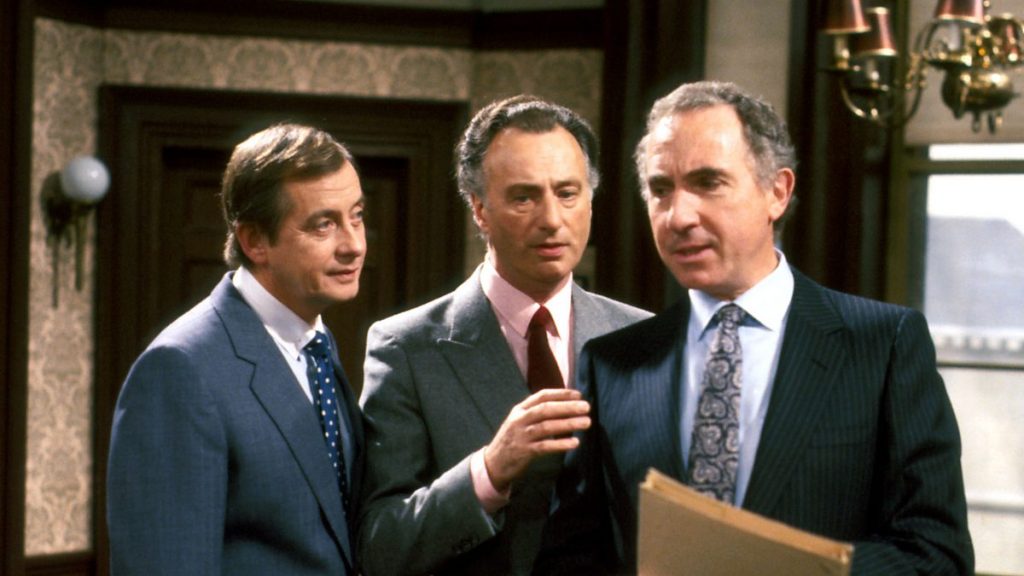 For today’s Friday Funny, we step into Mr. Peabody’s WABAC machine and set the dial for 1980. It’s hard to believe that it’s been 40 years since co-creators, Antony Jay and Jonathan Lynn wrote the unbelievably brilliant British comedy, Yes Minister, and that it is more relevant today than when it first originated. Long praised for being accurate as well as funny, Lynn and Jay created brilliance out of a simple idea consisting of, as the writers put it, three elderly men sitting around talking about government while basing it on the premise that real power was held by civil servants rather than ministers.

The series was actually written in 1979 before a very pivotal election in the UK between Margaret Thatcher and James Callaghan. As the story goes, the BBC seemed quite concerned that the series would premiere during the election and touch on an issue that could sway the vote one way or another. The BBC decided to delay the series premiere until after the Thatcher victory and the series premiered on BBC2 in 1980. 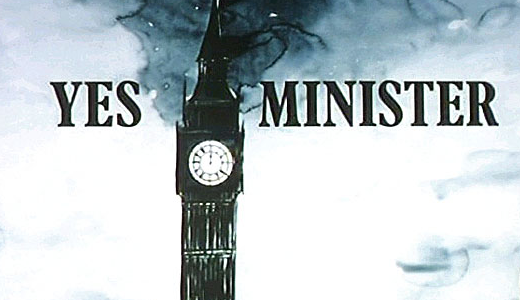 While no parties were ever mentioned, the series follows a general election in which the incumbent party is defeated by the party that Jim Hacker (Paul Eddington) MP belongs. The Prime Minister then appoints Hacker as the new Minister of Administrative Affairs. His first day on the job, Hacker meets his Permanent Secretary, Sir Humphrey Appleby (Sir Nigel Hawthorne) and his Principal Private Secretary, Bernard Woolley (Derek Fowlds).

If you ever doubt that the series is more relevant today than it was 40 years ago, just have a listen as Sir Humphrey waxes eloquently on the ‘proper function of Government’. You’ll quickly see just how much truth there is in comedy and Jonathan Lynn and Antony Jay have created the perfect truth.

Alongside Fawlty Towers, Yes Minister is one of the primary examples of British comedy perfection. The combination of the writing that was absolutely brilliant and the greatness that was Paul Eddington, Sir Nigel Hawthorne and Derek Fowlds has made this a classic for years to come and one, that I hope, will never be re-made.