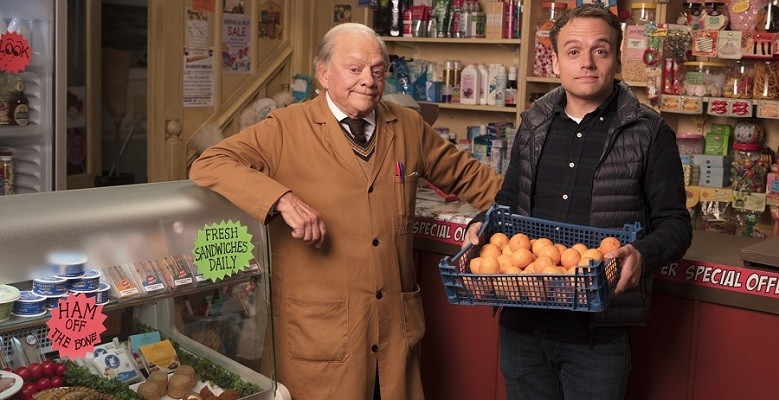 Taking a page out of the Mark Twain playback when describing the reports of his death as being greatly exaggerated, the BBC has denied reports that long-running sitcom Still Open All Hours has been cancelled. A high-level BBC insider told the British Comedy Guide on Sunday that the cancellation story is “100% not true” but the delay was essentially caused by the coronavirus pandemic which has played havoc with the global television industry,

The BBC spokesperson said: “There is no truth in this and discussions on future episodes are ongoing. However, the safety and wellbeing of all those involved in Still Open All Hours is our number one priority, and we have been unable to film this year due to covid-19.”

The Roy Clarke-penned sequel to the 1970s/80s Ronnie Barker sitcom Open All Hours has run for 6 series (41 episodes) since it premiered as a one-off special during Christmas 2013 and continues to be one of the most-watched comedies across all British television. In Still Open All Hours, David Jason (Only Fools and Horses, Open All Hours, A Touch of Frost) returned to the role of Granville after he inherits his uncle’s old corner shop and James Baxter (Emmerdale, Red Dwarf) as his son by one of his previous girlfriends (reportedly, a fling in Blackpool), Leroy.

Fortunately, the more things change, the more they stay the same. Granville, now much older, has grown into the same sort of person his late uncle Arkwright was by learning from him his many ways of selling to customers. He maintains a love life with the sweet but absent-minded Mavis while Leroy struggles to cope with the up early/stay late work and sales approach of his father, much like Granville did with Arkwright while trying to maintain anything that resembles a love life.

When it gets the green light to begin filming (notice, I said ‘when’), let’s hope that returning alongside Jason and Baxter will be Stephanie Cole (Coronation Street, Waiting for God, Doc Martin) to reprise her role as Delphine Featherstone from Open All Hours, Maggie Ollerenshaw as Mavis, Lynda Baron as Nurse Gladys Emmanuel, Johnny Vegas as Eric Agnew, and Goodness Gracious Me actors Kulvinder Ghir and Nina Wadia as Cyril and Mrs Hussein.

Given how 2020 is playing out across the globe, it would be nice to have a nostalgic/comfort food sort of constant to fall back on in the not-too-distant future. Still Open All Hours would easily be that constant so let’s hope the BBC is right and the tabloid rumors are wrong.