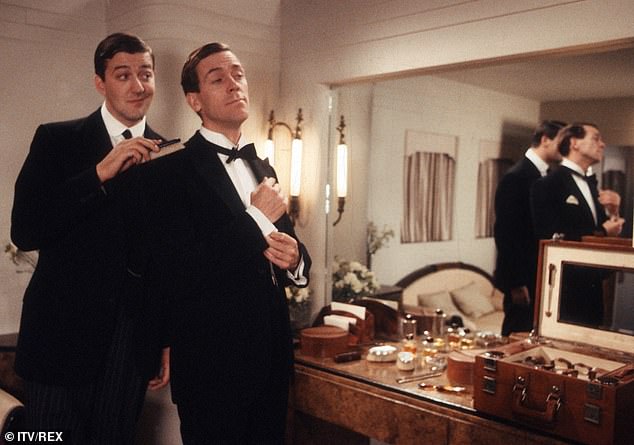 Tellyspotting digs deep into the ‘Friday Funny’ vault for this weeks entry. With Hugh Laurie’s upcoming effort in Roadkill, which premieres on PBS beginning Sunday, November 1, we thought we’d go ‘classic comedy’ with a look back at Jeeves and Wooster. Based on the ‘Jeeves’ short stories and novels by P.G. Wodehouse, the series ran for 4 seasons (23 episodes) and starred the greatness of Hugh Laurie and Stephen Fry.

Premiering in 1990, Jeeves and Wooster revolved around one Bertie Wooster (Laurie), a rich young Edwardian gentleman who, while generally kind and well-meaning, tends to be lacking in the brains department and Jeeves (Fry), a gentleman’s gentleman with a dangerous intellect, who chooses to devote his career to saving Wooster from himself. Bertie and his friends, who are mainly members of the Drones Club, are extricated from all manner of societal misadventures by the indispensable Jeeves. 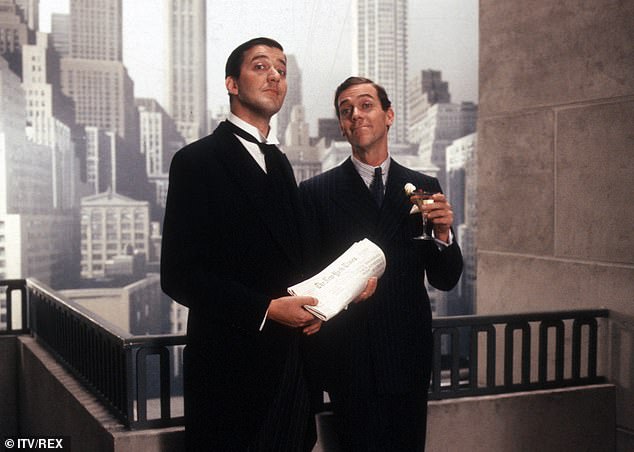 Stephen Fry and Hugh Laurie met in 1980 through a mutual friend, Emma Thompson, during a time when all three were attending the University of Cambridge. From 1987 through 1995, the comedy duo act honed their sketch comedy skills in A Bit of Fry and Laurie. While they collaborated and cross paths on a number of projects including Alfresco, Blackadder and The New Statesman before settling into roles that, I didn’t know better, appear to have been written specifically for them.

If you find yourself desperately searching for something to binge watch as you socially distance/work from home, do yourself a favor and search out Jeeves and Wooster. British comedy doesn’t get any better than this.