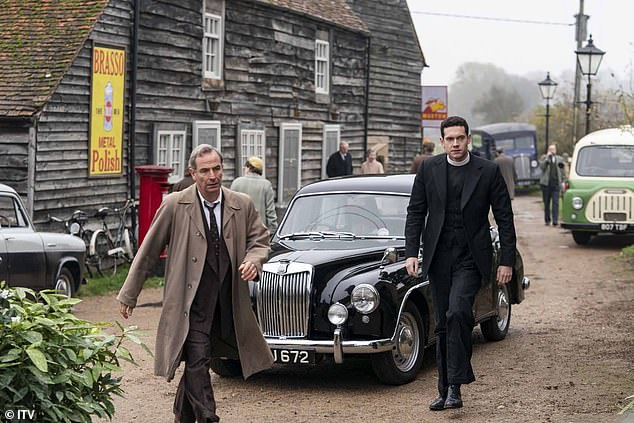 It’s amazing how just three words can make one happy these days as long as they are the right three words and in the right order. ‘Grantchester is back’ doesn’t quite erase all that 2020 has unleashed on Planet Earth but it does give us something to look forward to in the coming months.

Filming is underway in Cambridgeshire, Hampshire and Hertfordshire with Robson Green and Tom Brittney reprising their respective roles as DI Geordie Keating and Reverend Will Davenport. It’s pretty clear that the DI and the Reverend are pretty psyched about returning to the streets of Grantchester.

While little is known at this point about the forthcoming sixth series, producers hinted that the new series will first see drama unfold at a holiday camp, saying: “In the first episode of the new series, Geordie, Cathy and their family, Will, Leonard and Mrs C take a much needed holiday together. However, what sets out to be a fun-filled break for everyone at a holiday camp, is interrupted by a tragic death at the resort. Geordie and Will are left with no choice but to help out, as an investigation into the death begins. As events unfold on the trip, there will be serious repercussions for the rest of the series.’