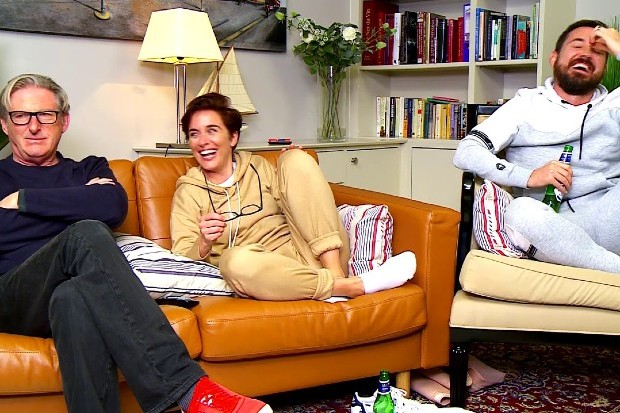 Line of Duty cast in Celebrity Gogglebox for Stand Up to Cancer Special. Photo: Channel 4

Five years ago, I was introduced to a phenomenon known as Gogglebox. The world has not been the same since. Every so often, along comes a television series that simply defies logic. Realizing that at even 5 years ago I was a day late and a dollar short when it came to hearing about this series, I am rapidly became a huge fan of the Channel 4 ‘documentary’ series.

I’m also finally admitting publicly that I used to religiously watch The Royle Family because I knew, at some point, Jim Royle (Ricky Tomlinson) was going to get up out of that chair and I didn’t want to blink and miss it. If you thought the Manchester-set series centered around a family fixated on watching television (from the television’s perspective, no less) was a show about nothing, Gogglebox is The Royle Family on steroids.

Gogglebox is a British observational documentary that has aired on Channel 4 since March 2013. The show features recurring couples, families and friends from around Britain sitting in their telly-centric living rooms watching weekly British television shows. The show won a BAFTA award in 2014 and a National Television Award in 2015.

Last night’s Stand Up to Cancer special which aired on Channel 4 in the U.K. took Gogglebox to whole new level…Celebrity Gogglebox! Much like Red Nose Day and Comic Relief, the entire country seems to get behind the initiative and the Channel 4 special which supports Cancer research in the U.K. 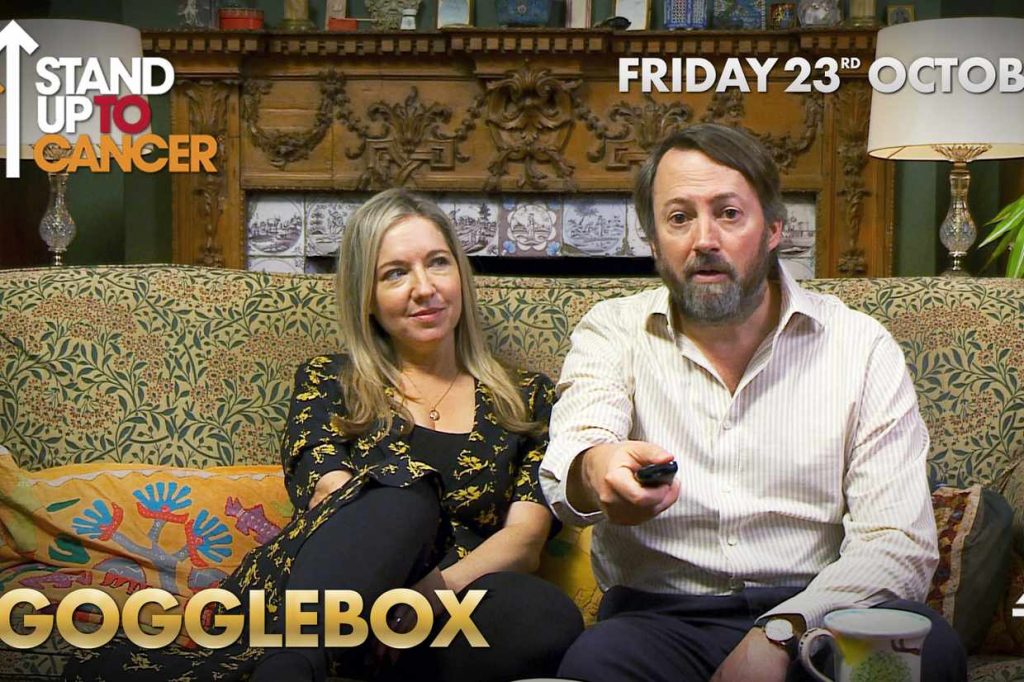 While the Mitchell’s ‘assessed’ the horror classic, Scream, others participating in the night of TV watching offered their MST3K-like comments on BBC2’s Simply Nigella, BBC1’s The Andrew Marr Shor, ITV’s Family Fortunes and The Million Pound Cube and the ITV/BBC News.

Appropriately, the original Gogglebox series was narrated by The Royle Family co-creator/writer, Caroline Aherne. Gogglebox is flat out brilliant telly that, while it’s about nothing, I can’t turn away from. Celebrity Gogglebox takes it to a whole new level….