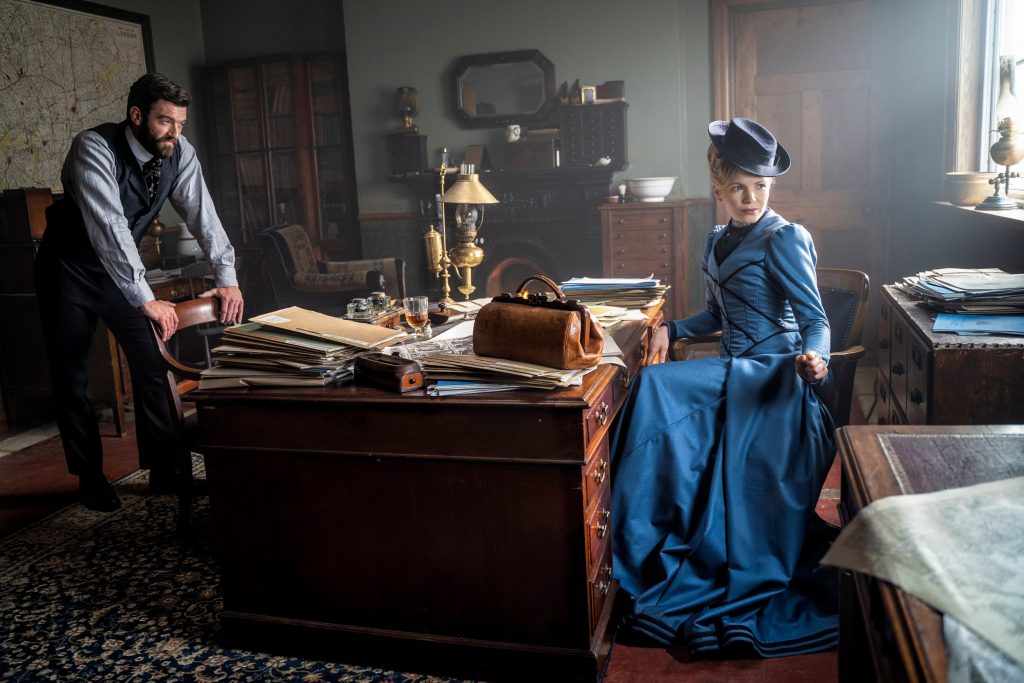 Filmed primarily in Dublin which, I guess, must resemble Victorian London, Miss Scarlet and the Duke was created by Rachael New (Grantchester, The Mallorca Files). After being told that the series had been described as a Victorian Remington Steele, series director Declan O’Dwyer (Robin Hood, Merlin) described the show more as “a Victorian Moonlighting”, but did say he loved Remington Steele. In an interview with Andrew-Gower.co.uk, O’Dwyer said that the series “…doesn’t take itself too seriously – but it does expose the prejudices society put on women in the Victorian era and draws many parallels to society today.”

Miss Scarlet and the Duke is set to premiere on Masterpiece beginning January 17, 2021 on PBS!