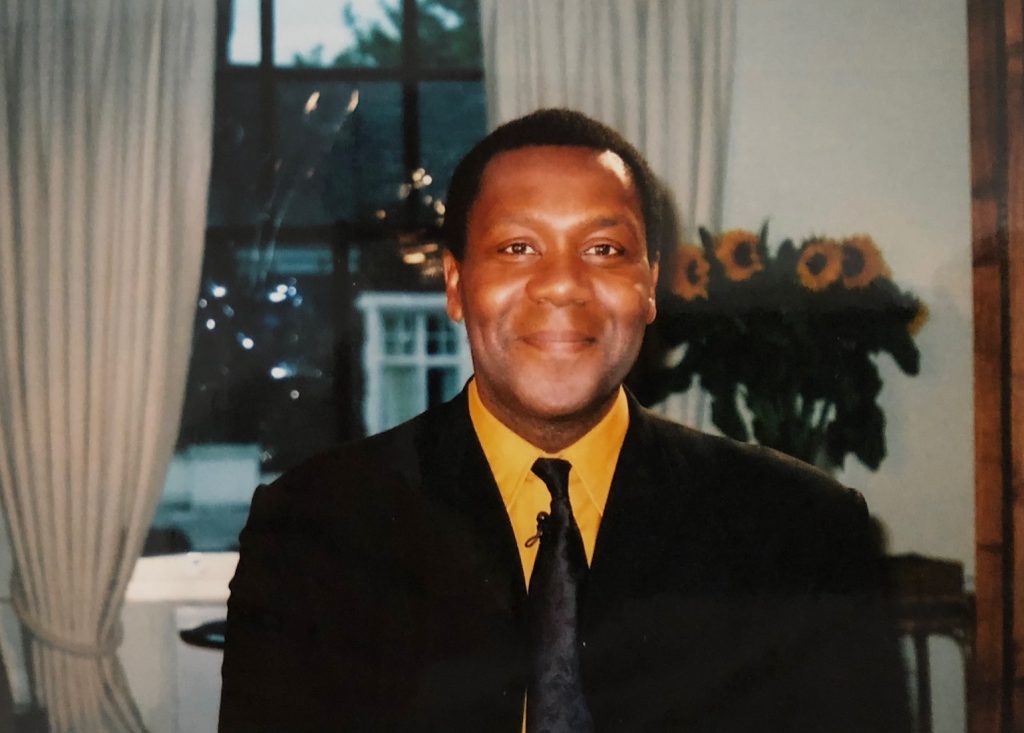 You could easily argue that the character of Gareth Blackstock, the chef/owner of the two Michelin star, Le Château Anglais in the British situation comedy, Chef, was defined as much by a simple but brilliantly written three-minute tirade against an individual dining at the restaurant for his indiscriminate use of salt before tasting his dinner as he was for  being talented, arrogant, tyrannical and possessing a insatiable quest for perfection.

It’s a bit more difficult to define Sir Lenny Henry, the equally brilliant actor who portrayed Blackstock for the three series (20 episodes). Over the course of his 40+ year career, Henry has been a stand-up comedian, actor, singer, writer and television presenter. He is  known for co-founding the charity Comic Relief, appearing in TV programs including children’s entertainment show Tiswas,  He is currently the Chancellor of Birmingham City University.

Heading back to his children’s entertainment roots, you can now add writer of children’s books to his CV as Macmillan Children’s Books will publish his debut children’s book in August 2021. His first picture book, You Can Do Anything, Tyrone, the story of a little boy with big dreams, will publish in Spring 2022.

“This is an incredibly exciting moment of my life; I was a voracious reader throughout my childhood even though there were not that many books in our house,” said the former star of the hit British situation comedy, Chef. “I joined Dudley Library at the behest of my Auntie Pearl and from that moment on I was a regular customer, immersing myself in the parallel universes of Just William, Enid Blyton and C S Lewis. When I thought about writing for children, all my favourite authors sprang to mind – big respect to all of them. To contribute to such a hallowed canon is the biggest thrill ever,” said Henry.

In announcing the deal, Macmillan will publish four middle grade fiction titles and three picture books, with audio, written by Sir Lenny Henry. In a really cool addition to the effort, the publishers (and Henry) would love to know what readers think Tyrone looks like. Macmillan Children’s Books and Sir Lenny Henry want you to send them your drawings of Tyrone. Send all entries to drawtyrone@macmillan.com.

A selection of these entries will then appear in the first picture book of Tyrone’s adventures, You Can Do Anything, Tyrone, publishing in Spring 2022, and successful entrants will receive four Macmillan Children’s Books. Full terms and conditions for entering the competition can be found here.

PBS and KERA viewers be on the lookout for Sir Lenny Henry in The Long Song, a PBS Masterpiece presentation beginning in early 2021. An adaptation of Andrea Levy’s 2010 novel of the same name, the 3-part series is set in early-nineteenth-century colonial Jamaica, focusing on the final years of slavery on the island, and the transition to freedom that took place after its abolition in 1833. Having seen all three episodes, it is not to be missed.

While I desperately would love to see another series of Chef!, I’m equally as excited that young readers will get the opportunity to be introduced to one Sir Lenny Henry through his books in the future.