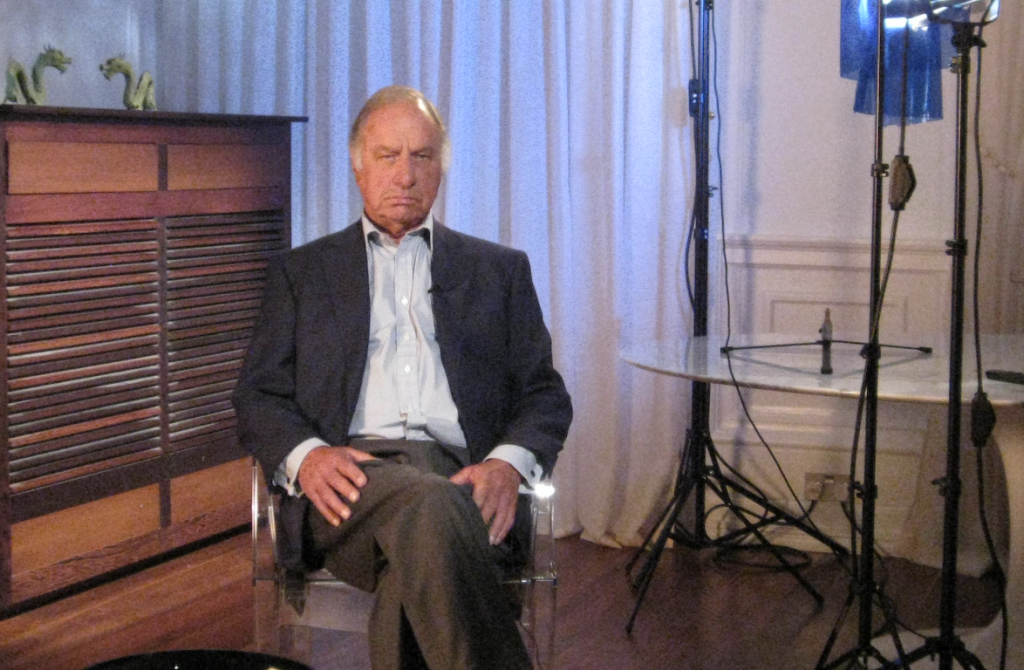 From Jimmy Anderson in The Fall and Rise of Reginald Perrin to Ben Parkinson in Butterflies to Lionel Hardcastle in As Time Goes By, Geoffrey Palmer has been a constant fixture in our collective British comedy lives for the better part of four decades with these three series alone. Palmer, who had numerous guest roles in series such as Doctor Who, Inspector Morse, Blackadder Goes Forth, Poirot, Ashes to Ashes and Rev, had perhaps his most well-known guest starring role as Dr Price in “The Kipper and the Corpse” episode of Fawlty Towers in 1979.

With a celebrated career that spanned seven decades, Palmer, who turned 93 years young in June of this year, passed away peacefully at his home on Thursday, 5 November. In addition to his lengthy television career, Palmer appeared in a number of films including two with his As Time Goes By co-star, Dame Judi Dench, as Admiral Roebuck in the James Bond film, Tomorrow Never Dies, and as Sir Henry Ponsonby in Mrs. Brown. Palmer was also seen in John Cleese’s A Fish Called Wanda alongside Jamie Lee Curtis, Kevin Kline and Michael Palin.

In the New Year’s Honours List published 31 December 2004, Palmer was appointed an Officer of the Order of the British Empire (OBE) for services to drama. We had the great good fortune of interviewing Geoffrey Palmer on three separate occasions as part of our PBS productions, Celebrating 25 Years of British Comedy on PBS, Funny Blokes of British Comedy (2005) and Behind the Britcoms: From Script to Screen (2010).

While filming the 2010 special and knowing his long-time passion for fly fishing, we presented him with a special birthday gift of handmade flies and he thanked us by talking at great length about the writers of two of the sitcoms that he is most associated with…..

R.I.P. Geoffrey Palmer. We will all miss you more than you will ever know. Thank you for the years of endless laughter you have provided the world….past, present and future!