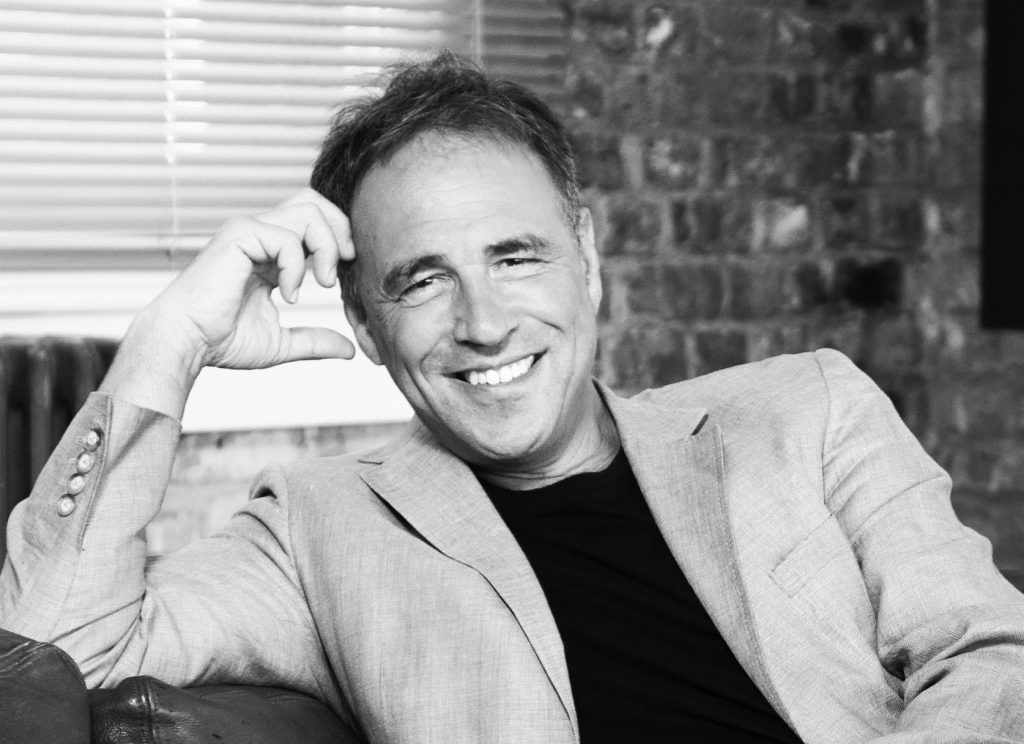 The brilliant mind palace of New York Times best-selling author Anthony Horowitz is hard at work, once again, with the forthcoming release of Moonflower Murders. The masterful sequel to his worldwide bestseller Magpie Murders, once again, features Susan Ryeland, who is retired from her publishing career and running a small hotel on a Greek island.

That mind palace will be on full display when Horowitz ‘virtually’ heads to North Texas this week to be a part of the Dallas Museum of Art — Arts & Letters Live series Thursday, November 12 at 7:00p. Having had the great good fortune to interview the author for the event, Anthony Horowitz is one of those individuals that you meet for the first time and immediately feel like you’ve known him forever. While, at times, it did feel like his mind never rests, it was one of those interviews that you never wanted to end.

For Thursday’s event, in partnership with KERA, Horowitz will discuss his approach to writing, reveal his favorite books, talk a bit about Foyle’s War and Midsomer Murders, give an update on the PBS Masterpiece adaptation of Magpie Murders, discuss his newest effort, Moonflower Murders, and then give everyone a hint as to what we can collectively look forward to for future Horowitz novels.

After having read Magpie Murders a little over a year ago and having just recently finished Moonflower Murders, I not only came away with the realization that Horowitz could easily be credited with being responsible for more fictional murders that anyone on Planet Earth, but if you look at things another way, he has also solved more fictional murders at the same time.

Anthony Horowitz is the author of more than 40 books, including Trigger Mortis, which features original material from Ian Fleming, and The House of Silk and Moriarty, two Sherlock Holmes novels commissioned by the Conan Doyle Estate. His bestselling Alex Rider series for young adults has sold more than 19 million copies worldwide. As a TV screenwriter, he created both Midsomer Murders and the BAFTA-winning Foyle’s War on PBS in addition to writing scripts for Agatha Christie’s Poirot, Murder Most Horrid and Robin of Sherwood.

Horowitz has been a patron to East Anglia Children’s Hospices and the anti-bullying charity Kidscape, as well as to Home-Start in Suffolk, a charity working with families who are navigating mental health issues, domestic abuse, poverty, and more. In 2014 he was awarded an OBE for his services to literature.

If you are a Horowitz fan, if you love or loved watching Midsomer Murders or Foyle’s War on your local public television channel or if you love just love to read, this is an event you do not want to miss. For tickets to the Dallas Museum of Art — Arts & Letters Live event with Anthony Horowitz, click here. The event is Thursday, November 12 at 7p with the recording available until Thursday, November 26 at 7:00p.