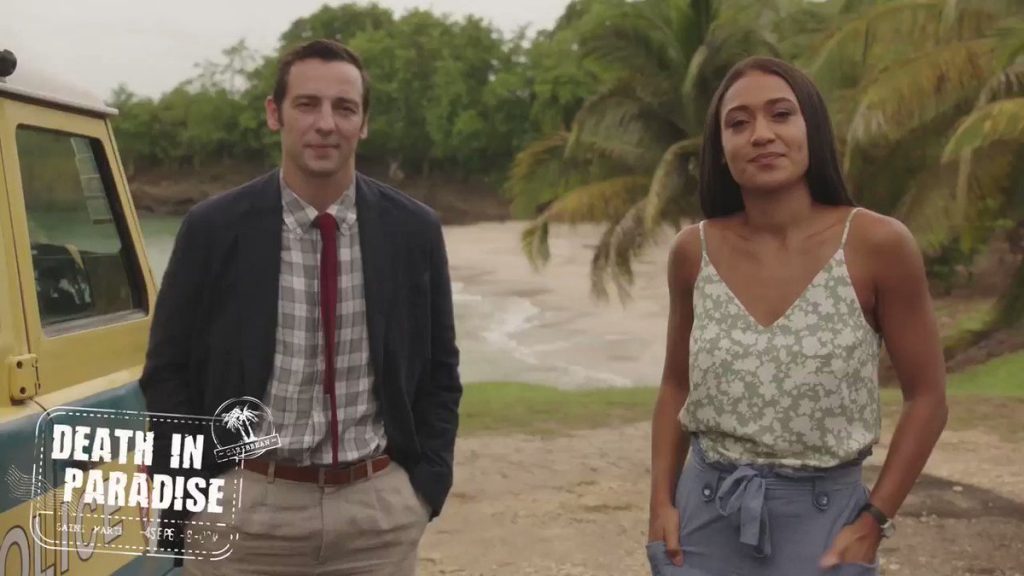 COVID-19 be damned! Death in Paradise has announced a new slate of victims and/or suspects vying for the attention of DI Neville Parker as he returns to ‘paradise’ and the island of Saint Marie for series 10. As the series returned to filming recently following the mandated UK government shutdown of the entire production community and in keeping with the previous nine series of the hit BBC police comedy/drama, there will be a number of new faces this year headed south to “paradise.”

The new additions to the cast will , once again, come to the realization that “death” is far more prevalent on the island, making it less of a “paradise” than advertised. Lining up as either victims or suspects this year are Luke Pasqualino (Our Girl, The Musketeers), Faye McKeever (The Salisbury Poisonings, Des), Jason Manford (Ordinary Lies, Benidorm), Patrick Robinson (Casualty), Shalisha James-Davis (Alex Rider) and veteran Scottish actor Richard McCabe (Harlots, Poldark, 1917).

From #1917 to Saint Marie, Richard McCabe will appear in series 10! #DeathInParadise pic.twitter.com/GZz6Fb9y1Q

Once considered to be the most murderous place in the world, in addition to welcoming fresh meat to the island, series 10 will welcome back a very familiar face as Josephine Jobert will reprise her role as DS Florence Cassell. Jobert left in 2019 after spending four series in ‘paradise’ and appears more than ready to get back to work in the Honoré Police Department after her on screen fiancé’s death two years ago..

Death in Paradise S10 will premiere on BBC One, most likely, at some point in 2021 with a public television broadcast in early 2022.