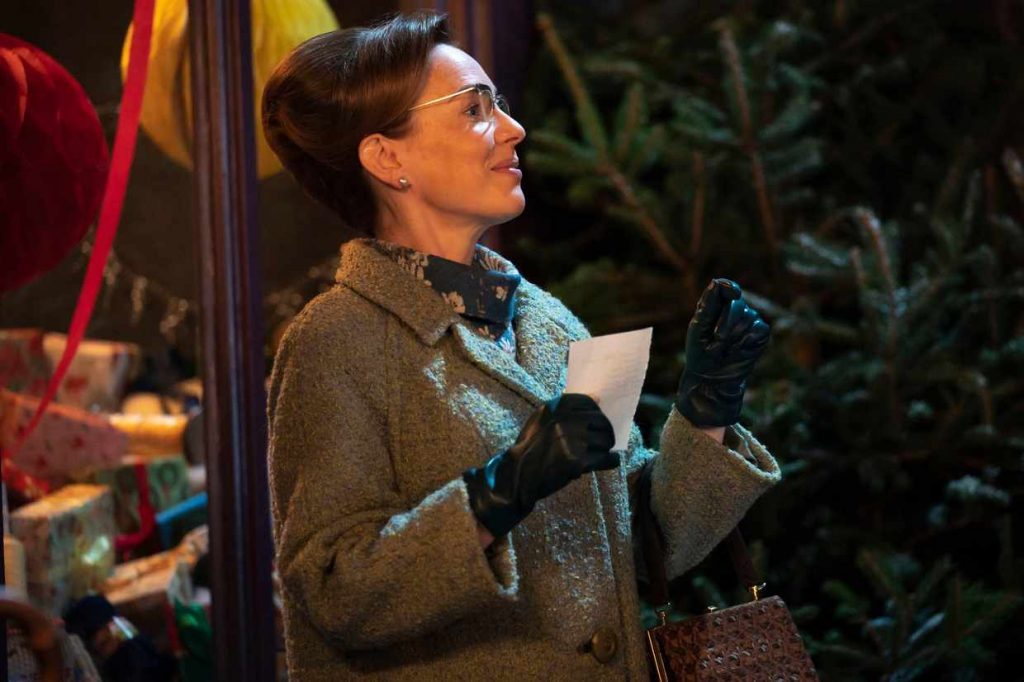 You know 2020 has been crazy enough that producers couldn’t let the forthcoming Call the Midwife Holiday Special pass us by without having a bit up their production sleeve when the 90-minute special premieres on Christmas Day on BBC One and PBS.

For the usual Christmas Day kickoff to the series that, when all goes well, traditionally premieres in January on BBC One and in April on PBS, a familiar face will be returning to Call the Midwife for the Christmas special – and it’s someone we haven’t seen since series six. Laura Main, who stars as Nurse Shelagh Turner, has revealed that her Christmas storyline will involve a reunion with Gloria Venables (Katie Lyons). 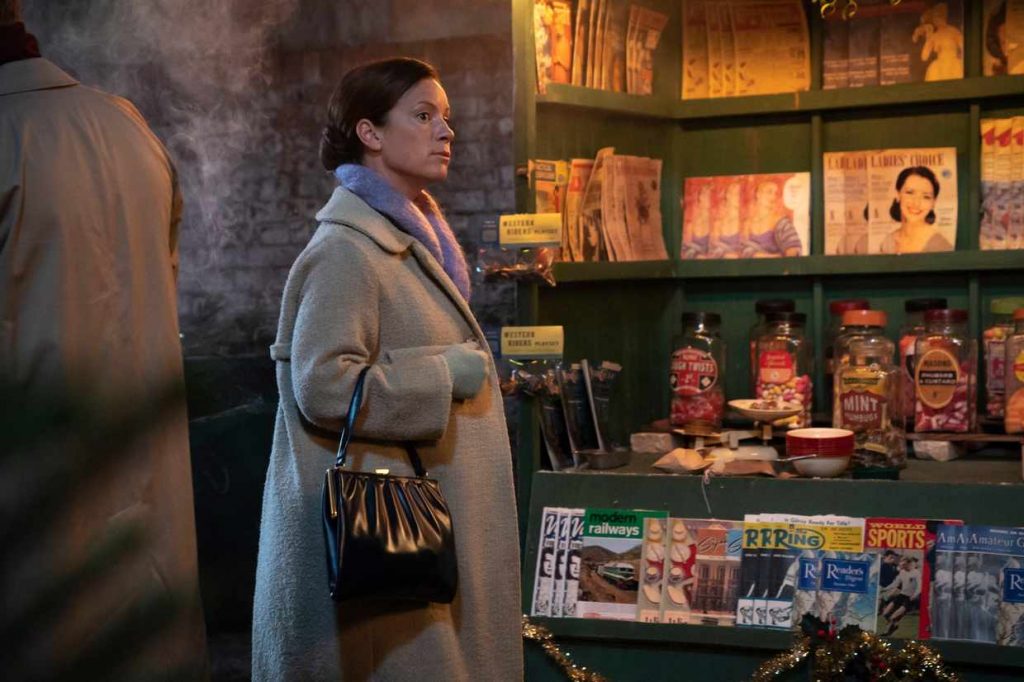 Katie Lyons as Gloria Venables in Call the Midwife (BBC)

Shelagh and Gloria previously bonded when they were both pregnant, and were both hospitalised over fears of a miscarriage; but while Shelagh went on to give birth to baby Teddy, Gloria tragically suffered a miscarriage in the fourth episode of series six.

Speaking from the set of Call the Midwife via Zoom, Main explains: “Shelagh was in a bed alongside this character Gloria, played by brilliant Katie Lyons, who was completely devastating and heartbreaking in that episode, way back four years ago.” Main went on to briefly explain the holiday storyline with an anxiety-ridden Gloria pregnant again saying, “She has never got this far before… seven pregnancies she’s had previously,” says Main.

The Christmas special will also see Shelagh and her husband Dr Patrick Turner (Stephen McGann) try to celebrate a Christmas at home in Poplar as a family unit. The ever-expanding Turner family recently added another member when Shelagh and Patrick decided to adopt little Mae – although it has not been smooth sailing, with the sudden reappearance of Chinese “orphan” Mae’s biological mother. 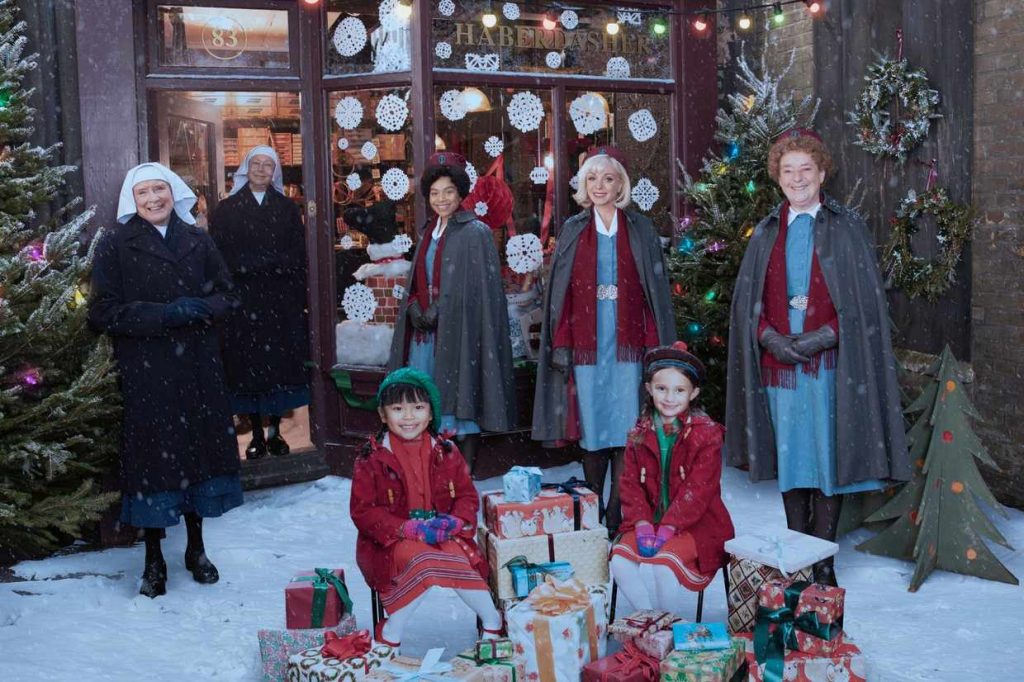 Aside from the 2-box of tissue reunion between Shelagh and Gloria, show creator Heidi Thomas promises the usual ‘new friendships’ and ‘new experiences’ and, hopefully, a small taste of normality during a very difficult 2020.

According to Thomas, “This year’s Christmas Special is set in December 1965. Everyone at Nonnatus House is looking forward to traditional celebrations with all the trimmings, but nothing goes quite to plan. Sister Monica Joan is rushed to hospital, and Trixie is incensed to receive a subscription to a Marriage Bureau as a Christmas gift.” We won’t even begin to try and explain the festive ‘speed-dating’ storyline that ensues following here anonymous gift….but, it’s definitely fun.

Filming for both the Christmas special and series 10 has been, needless to say, challenging with all the mandatory COVID restrictions placed on filming in the UK. While the shoot for the Call the Midwife Christmas Special was COVID-secure, Helen George (Nurse Trixie Franklin) says it won’t be noticeable to viewers at home as she reminds viewers that in series 7, her character suddenly developed a habit of wearing oversized shawls and carrying large objects at stomach-height. The whole thing was so cleverly shot that you could hardly spot a bump at all as she was 7-months pregnant at the time. 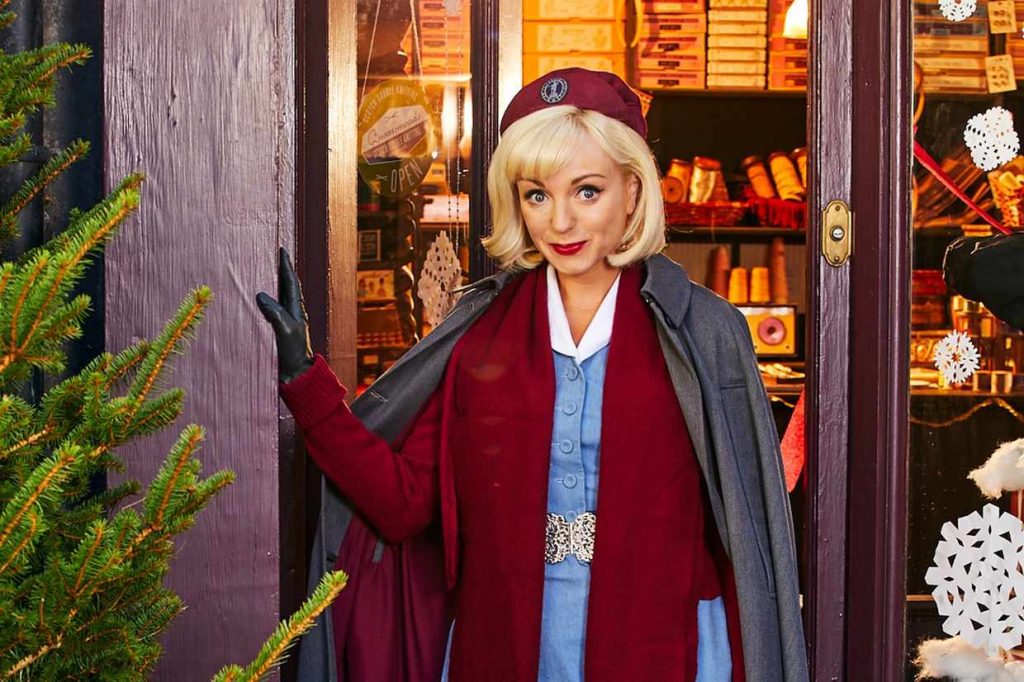 “We have this really funny fold-up ruler that comes out when we do a scene,” she told the press during a Zoom call from the set of the Christmas special. “It’s two metres if we’re facing each other, and one metre if we’re facing away, and so you’re set a scene and someone will come in with the ruler, which is odd! With camera angles – it’s always slightly different on camera anyway, so actually it doesn’t make that much difference I don’t think.”

The Call the Midwife Christmas Special will air on 25th December 2020 on BBC One and PBS (9pET/8pCT), with series 10 following in early 2021 in the UK and later in the year on PBS.