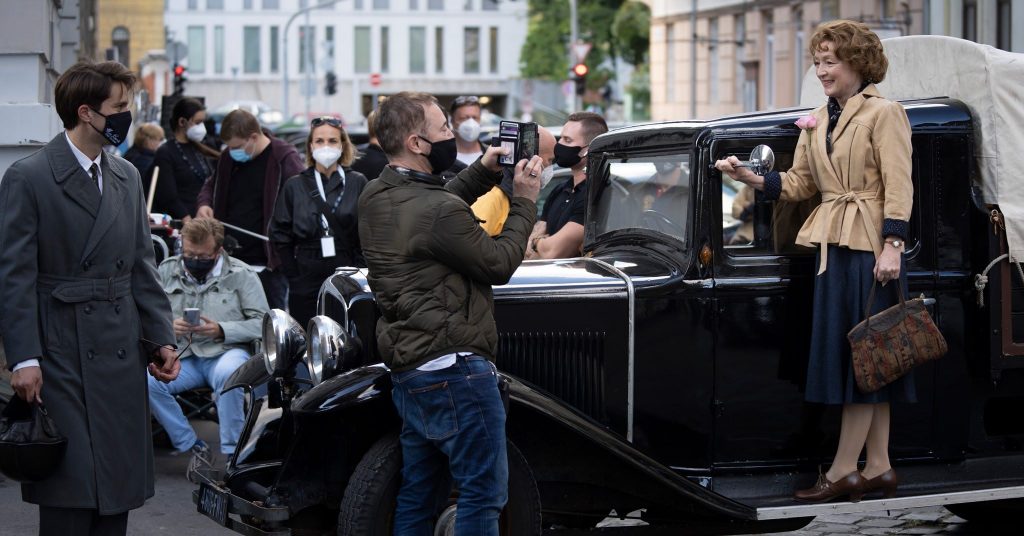 A new adaptation of Mrs. Harris Goes to Paris, Paul Gallico’s much-loved novel (Mrs. ‘Arris Goes to Paris) about a cleaning lady in 1950s London who falls in love with an haute couture dress by Christian Dior and decides to gamble everything for the sake of having one of her own, has been filming this past year — first in Budapest before heading to London and Paris — and is now in post-production.

Mrs. Harris scrimps and saves her money, but when she has enough, and takes a trip to Paris, she learns that buying an original couture creation is a little harder than simply plunking down cash. When she arrives at the House of Dior, Mrs Harris has little idea of how her life is about to be turned upside down and how many other lives she will transform forever. Always kind, always cheery and always winsome, the indomitable Mrs Harris takes Paris by storm and learns one of life’s greatest lessons along the way.

Rose Williams, who wowed audiences on both sides of the pond with her first starring role portrayal of Charlotte Heywood in Sanditon, plays Pamela Penrose in the upcoming remake. She posted this recently on her Instagram account which showed a decidedly different look than her seaside period look opposite Sidney Parker.

Mrs. Harris Goes to Paris is executive produced by Lesley Manville and will be distributed by eOne.