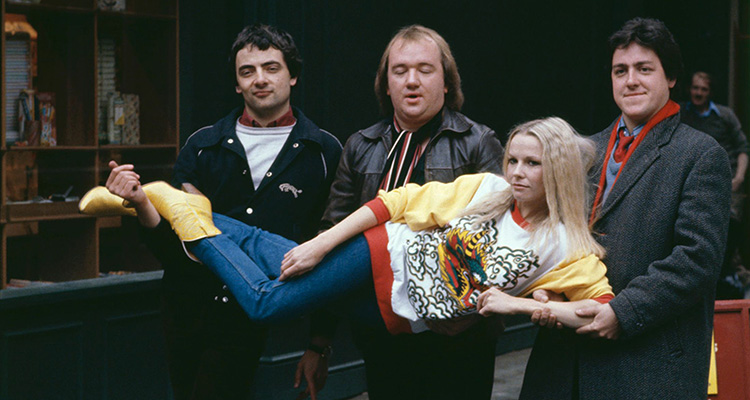 In 1979, the idea for Life of Brian came about when members of Monty Python were promoting their previous film, Monty Python and the Holy Grail. Eric Idle joked that their next project would be called “Jesus Christ: Lust For Glory”, and his fellow Python realized that no one had ever made a comedy about the Messiah.

Initially, they planned to lampoon Jesus himself, but the more they read up on him, the less keen they were. “It was quite obvious that there was very little to ridicule in Jesus’s life, and therefore we were onto a loser,” said Michael Palin in 1979. “Jesus was a very straight, direct man making good sense, so we decided it would be a very shallow film if it was just about him.”

They quickly moved onto the character of Brian, a 13th disciple who never made it into the Bible because he always arrived five minutes late and missed the miracles. But they eventually settled on the premise that the hapless Brian, played  by Graham Chapman, wouldn’t have any connection with Jesus at all but, instead, he would be someone who happened to live in Roman-occupied Judea at the same time, and who was mistaken for a Messiah by the fanatical masses.

The target of the Pythons’ satire would instead be directed at the caricaturing of political militants, credulous crowds, the appeal of throwing stones at people, the complexities of Latin grammar, and the difficulties of being a tyrant when you’ve got a speech impediment.

At the beginning of production, EMI pulled their funding of the film when former Beatle, George Harrison, a friend of Idle’s and a fan of the Pythons, volunteered to remortgage his house and chip in the £2million ($4.1million) the team needed – a bail-out which has become known as ‘the most expensive cinema ticket’ ever issued.

Once Life of Brian was completed, not everyone was so calm. Some countries, such as Ireland and Norway, banned it outright due to the religious controversy. In Sweden it was advertised as being ‘so funny it was banned in Norway’. In the US, Rabbi Abraham Hecht, President of the Rabbinical Alliance of America, told Variety magazine: “Never have we come across such a foul, disgusting, blasphemous film before.”

In the UK, as a number of local councils banned the film, Cleese and Palin appeared on Friday Night, Saturday Morning in November 1979, a talk show hosted by Tim Rice, where they debated their work with Malcolm Muggeridge, an evangelical journalist and satirist, and Mervyn Stockwood, the Bishop of Southwark. Or rather, Cleese and Palin did the debating, while Muggeridge and Stockwood sneered at them and their “10th-rate film”. The debate went down as one of the greatest moments in television history…at least, I think so.

Smith and Rhys-Jones went on to star in a bit of a spin-off to Not the Nine O’Clock News with Alas Smith and Jones which aired on BBC1 from 1984-1998. Stephenson joined the cast of Saturday Night Live in 1984–85, making her the first female SNL cast member born outside North America.

Interestingly, as various religious groups in the U.S. protested against the film, the number of screens showing the film tripled from the original 200 it was supposed to open in. “They actually made me rich,” said John Cleese of the protesters on one American talk show. “I feel we should send them a crate of champagne or something.”