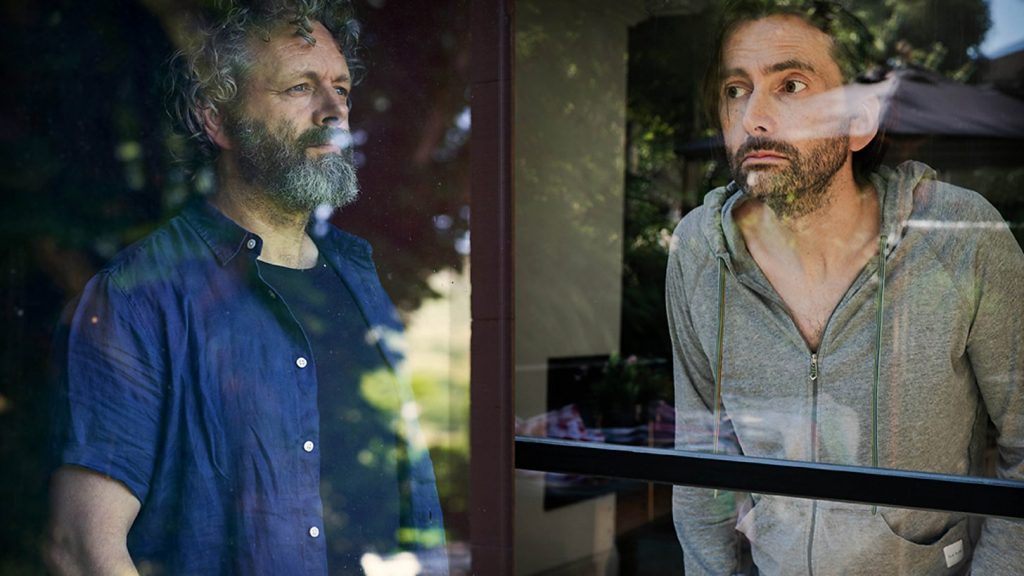 As the UK emerged from a month long ‘fire break’ (i.e. lockdown) earlier this month only to find itself headed to a much more restrictive lockdown with the recent introduction of a new virus, David Tennant and Michael Sheen are prepping for a second series of Staged which, these days, seems more like a documentary than a comedy as they attempt to survive given the restrictions and shutdowns due to the still-ongoing coronavirus pandemic.

With the closures of all Broadway and most West End theaters – the two actors are forced to get creative when it comes to how they’ll put their production of Six Characters in Search of an Author off. At the urging of series creator Simon Evans, the actors decide to attempt to conduct rehearsals online, via video call. But most of what they end up discussing on Zoom has nothing to do with the show, given how unmotivated and bored everyone generally is, with generally hilarious results.

According to the BBC, the new season “sees the pair attempt to navigate their ‘new normal’ at home with their increasingly exasperated families whilst simultaneously trying to tackle the world of ‘virtual Hollywood’ and their ever more fragile egos.”

Following up on from the surprise appearances in series one of Dame Judi Dench and the greatness that is Samuel L Jackson, series two will see the regulars joined in their virtual hell by a whole host of unexpected guests. In addition, Parks and Recreation star Ben Schwartz will be joining the cast for Staged’s second outing, alongside Sheen and Tennant’s real-life partners Georgia Tennant and Anna Lundberg, and West’s sister Lucy Eaton.

Here’s a brief but brilliant look at what’s coming our way in January 2021!