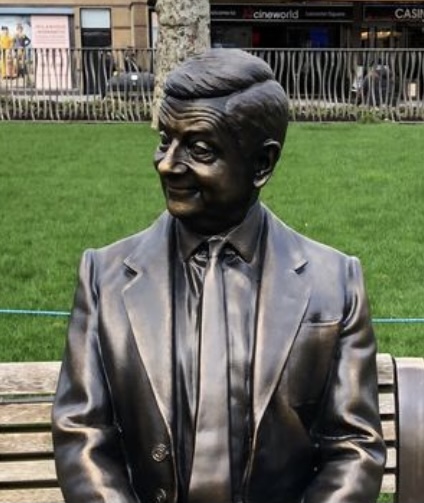 Mr. Bean on a Bench in Leicester Square

If you’re like me, you’ve probably spent countless hours wondering what the first thing is you will do or what the first place is you would like to travel to if and when we are all fortunate enough to return to some concept of normalcy following the coronavirus pandemic. Whether it’s getting together with friends, returning to work or traveling to a favorite location, we are all looking forward to a point in time where the light at the end of the tunnel is upon us.

Until today, I was virtually unsure as to where I would head first. Then, out of the blue, this article from the Londonist from almost a year ago surfaced as if it was a sign from above telling me where I must go, if for nothing else, just for the opportunity to sit next to a statue that would bring some sense of calm to the events of the past year. Sitting on a bench facing the front of the Shakespeare statue in Leicester Square is the one and only Mr. Bean dressed in his signature smirk and suit.

Earlier this year, the Heart of London Business Alliance and Westminster City Council unveiled bronze statues of nine legendary film characters in Leicester Square. When you first enter the Square, there’s a map guiding you to where beloved characters are, although you won’t need any help spotting the first few.

The remaining statues included in this long-term art installation that can be found throughout the Square include Bugs Bunny, surrounded by his favorite snack of carrots as well as his trusty mailbox. To the right of everyone’s favorite rabbit is Gene Kelly from Singing in the Rain, re-enacting his famous lamppost swing. You can also sit next to the fictional nanny, Mary Poppins, and then enjoy a meal with Paddington Bear, who is depicted eating his trademark marmalade sandwich. 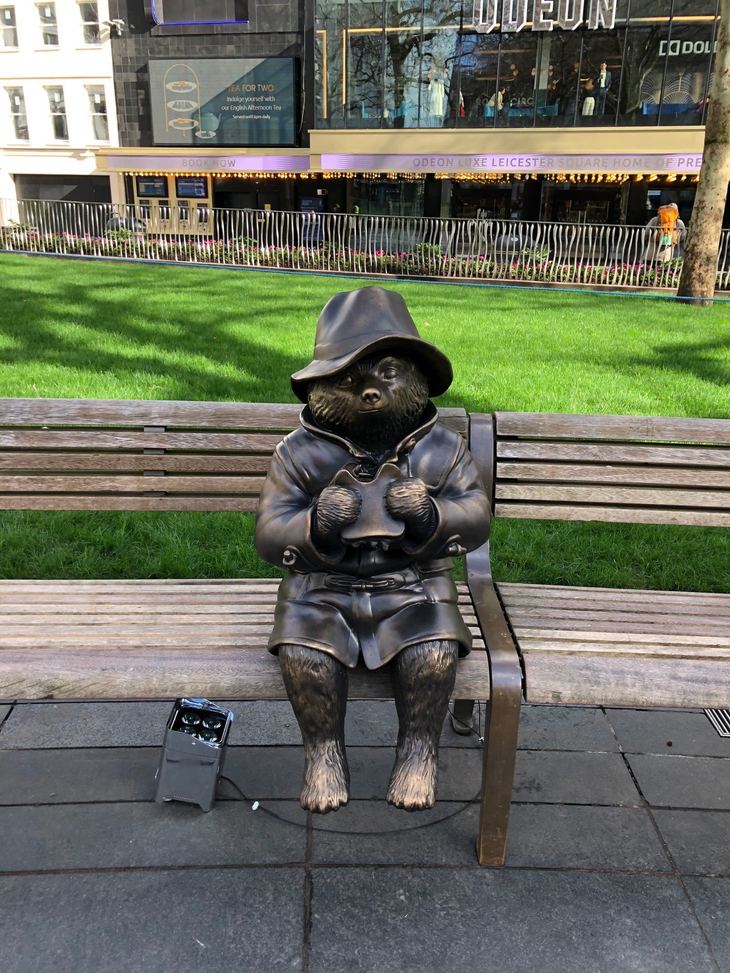 If that’s not enough to entice you out of your comfort zone once it’s safe to travel, think about crossing paths with Laurel & Hardy, Batman and Wonder Woman. For my money? Leicester Square, you had me at Mr Bean. Hope to see you there in 2022!