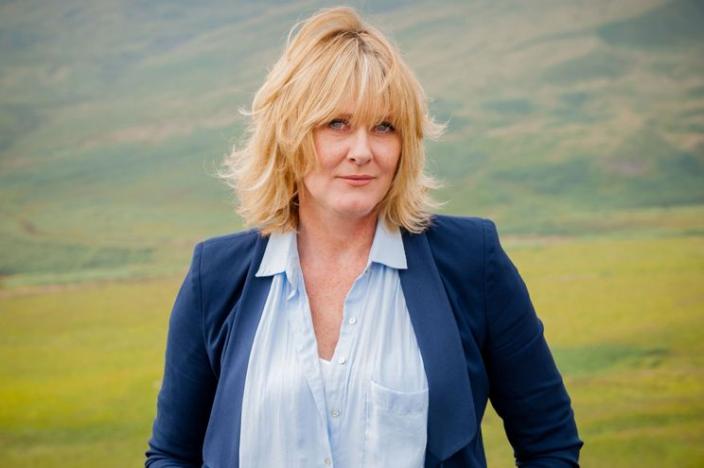 Julia will tell the story of Julia Child, who is credited with introducing French cooking to the greater portion of the American public and to most every at-home chef around the world. Whether you were fortunate enough to cross her path in the kitchen or watched her weekly on your local public television station, you know that Julia was a force of nature in the kitchen and was also famous for enjoying a glass or two of wine while she cooked.

Child’s television cooking career began in 1963 when The French Chef premiered on WGBH in Boston and then on public television stations nationwide and combined with her 1961 book, Mastering the Art of French Cooking, which to this day is still considered a culinary masterpiece, ultimately laid the foundation for the concept of food television that exists today. Following The French Chef, her other public television series included Julia Child & Friends, Dinner at Julia’s, Baking with Julia and several series with long-time close friend and kitchen colleague, Jacques Pepin. 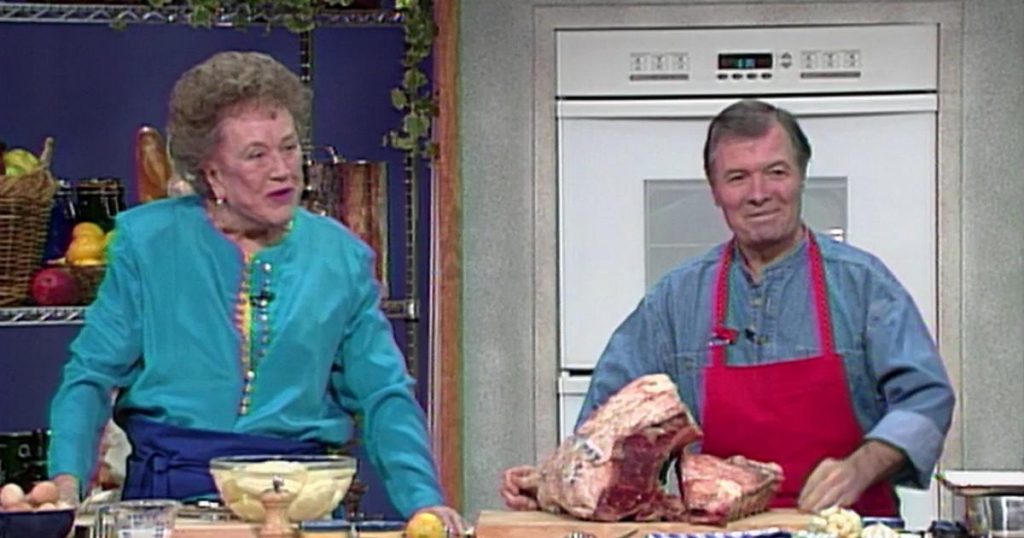 While the drama pilot will center around how America was transforming during the 1960s and ’70s and how Child’s career was taking off with the backdrop of the Vietnam War, the birth of public television and the growth of the women’s movement and celebrity culture, there so much more to the pre-kitchen Julia Child story that, IMHO, needs to be touched on. Following college and a brief stint as an advertising copywriter, Child joined the Office of Strategic Services (OSS) after finding that she was too tall to enlist in the Women’s Army Corps (WACs) or in the U.S. Navy’s WAVES.

One of the things that made Julia cool beyond anyone’s imagination was revealed in Ernest Volkman’s 2007 book, The History of Espionage. While at the OSS, she was asked to solve the problem of too many OSS underwater explosives that were headed towards German U-Boats being set off by curious sharks. “Child’s solution was to experiment with cooking various concoctions as a shark repellent,” which were sprinkled in the water near the explosives and repelled sharks. Still in use today, the experimental shark repellent “marked Child’s first foray into the world of cooking …”. As they usually say, at this point, the rest is history.

Written by Daniel Goldfarb (The Marvelous Mrs Maisel), Julia will star David Hyde Pierce as Child’s husband, Paul, whom she met while working at the OSS. The former Frasier co-star takes the place of Tom Hollander (Rev, The Night Manager, US, Bohemian Rhapsody) who pulled out of the role of Paul Child because of scheduling changes related to the COVID-19 pandemic. Julia was just about to start production in March 2020 when the lockdown was enforced. Brittany Bradford, Fran Kranz, Bebe Neuwirth and Fiona Glascott will co-star in the pilot, with Isabella Rossellini and Jefferson Mays guest starring.

Being a part of public media at KERA for most of my television career, I have had the great good fortune to have spent time with the great Julia Child several times over the years. She was incredibly generous with her time in support of public television by going to numerous stations for days at a time spending endless time at dinners and events meeting fans and viewers of her series.

One of my fondest memories of her coming to Dallas was when she spent a week here back in the mid-90s, I believe, supporting KERA, judging a pie contest at the State Fair of Texas and, yes, there were a few latenights with long-time friend, Dean Fearing, when he was at The Mansion on Turtle Creek sprinkled in. Thanks to Julia’s longtime friend and producer of several of her later television series, Geoffrey Drummond, there is this treasured remembrance of my time with Julia, Dean and Geoffrey. One day while in Dallas, she was wanting Texas barbecue and a longneck beer. What better place to go but Sonny Bryan’s on Inwood Road and those little school desks. Ultimately, Julia got her barbecue, a longneck AND had a pair of spurs presented to her to top the day off. 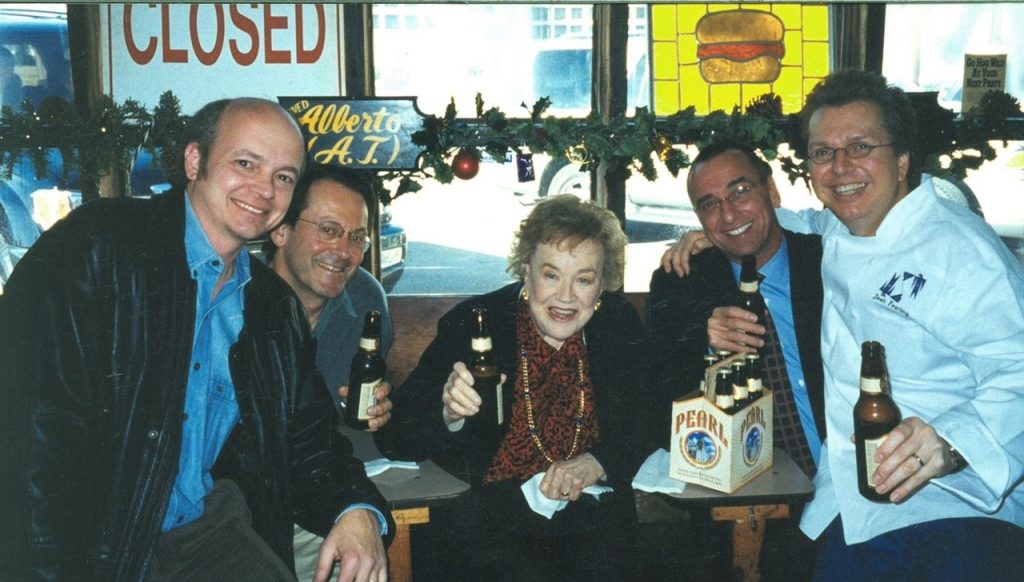 Photo credit: Someone at Sonny Bryan’s in the mid-90s.

Julia is currently in pre-production with no confirmed filming date as of yet. Let’s hope it doesn’t conflict with the long-awaited third series of Happy Valley which is rumored to be in the works in the not-too-distant future with Sarah Lancashire back on the beat as Catherine Cawood. Stay tuned….