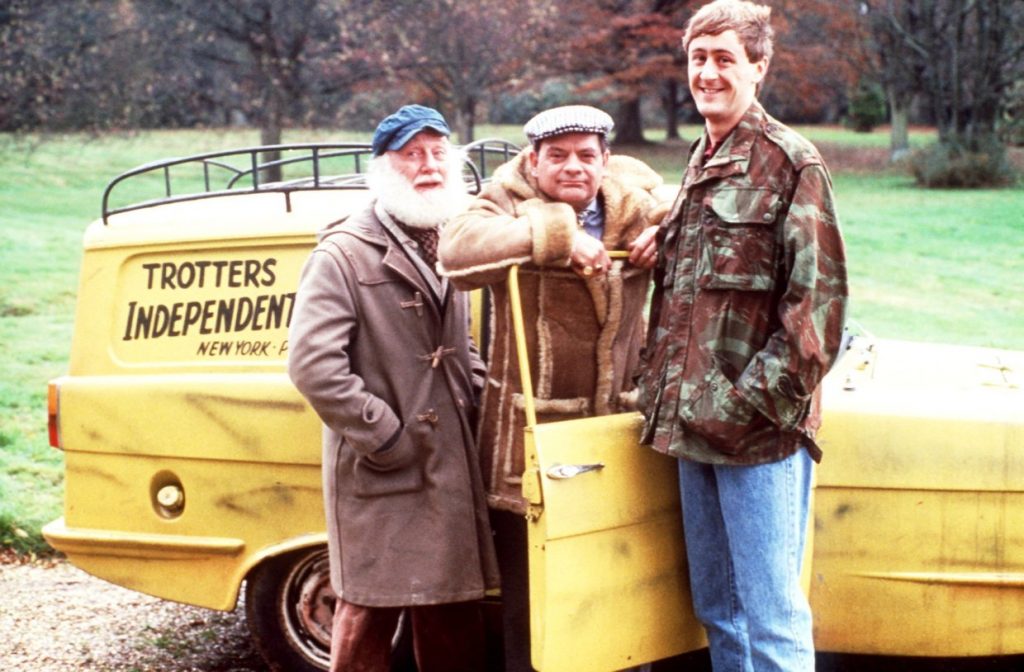 If you happen to find yourself in urgent need of a 3-wheel car and then happen to have a spare  £40,000+ laying around, you might want to get in on the 5th March auction when one of the six original 1972 Reliant Regal Supervan III used in Only Fools and Horses goes up for sale.

Its bodywork has been painted to appear scuffed and its has the words ‘Paris, New York, Peckham’ and ‘Trotters Independent Traders’ emblazoned on the side. Included in the sale is a roof rack, holding a market traders’ suitcase, fluffy dice, and a ‘Tax in the Post’ sign in the windscreen. 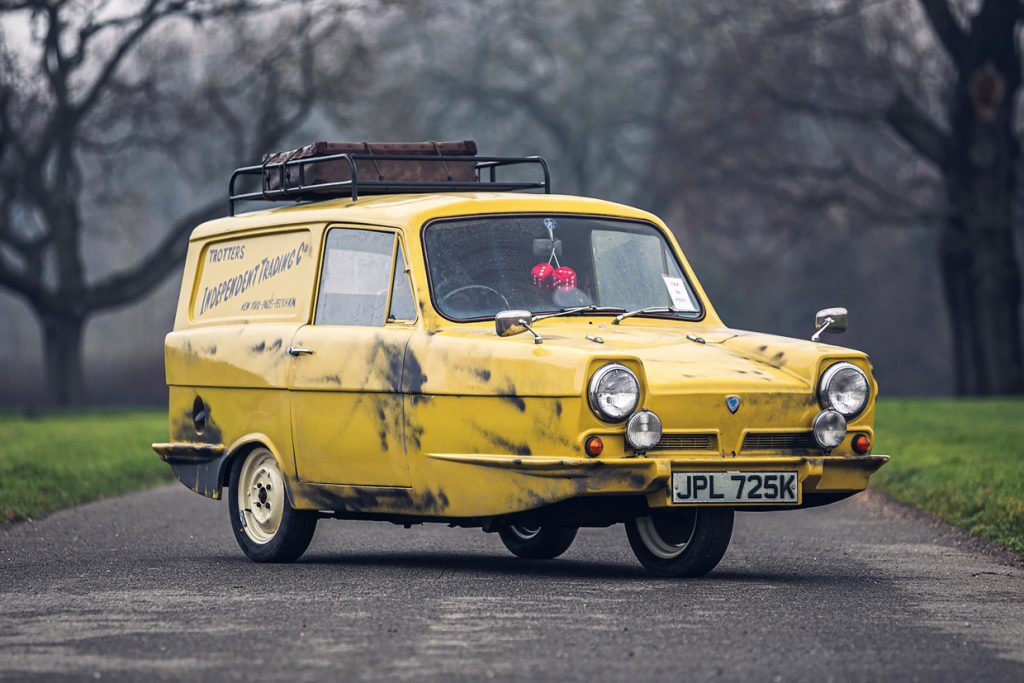 If that isn’t enough to entice you to get in on the bidding, there is also an inflatable doll in the boot, paying homage to one of the most popular OFAH episodes ‘Danger UXD’.  And, if THAT’s still not enough, the vehicle’s interior is lined with faux-fur in a tasteful 80s tiger-stripe print, and the vehicle’s keys bear a blue leather ‘BBC Television’ fob. 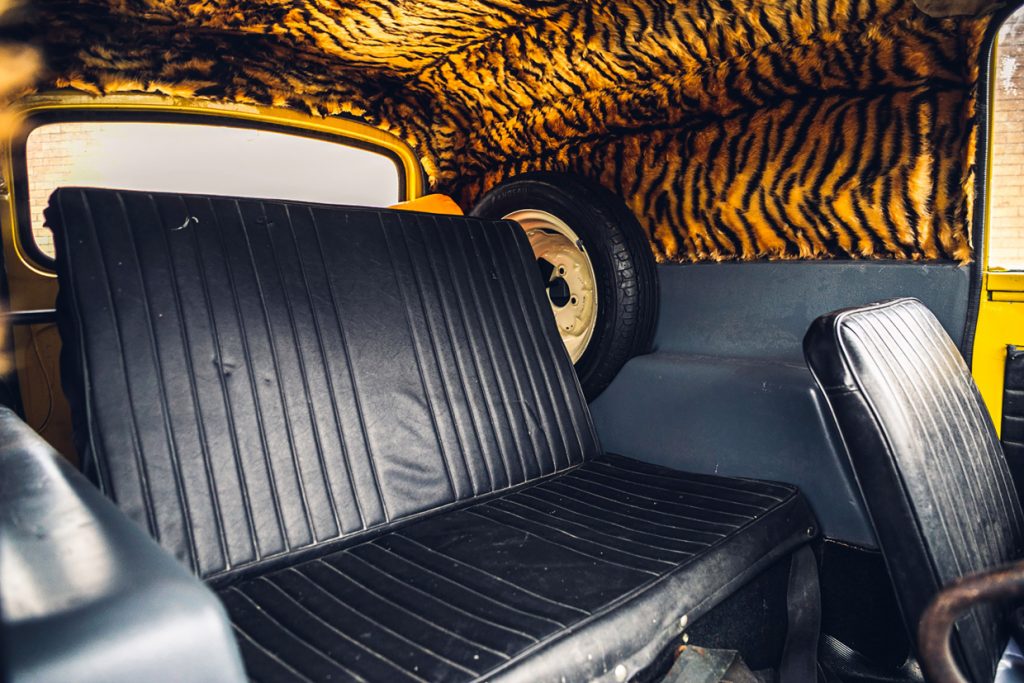 The van was one of several that served as the Trotters’ main mode of transport during production from 1981-2003. According to Silverstone Auctions, “The van was used to store Trotters Independent Traders’ stock and transport the family to several destinations. Its top speed was 55 mph and was often described as a crappy old 3-wheeled van by the cast, although it fact it stood up to the rigours of a long days filming well and could make long-distance journeys to distant locations.” 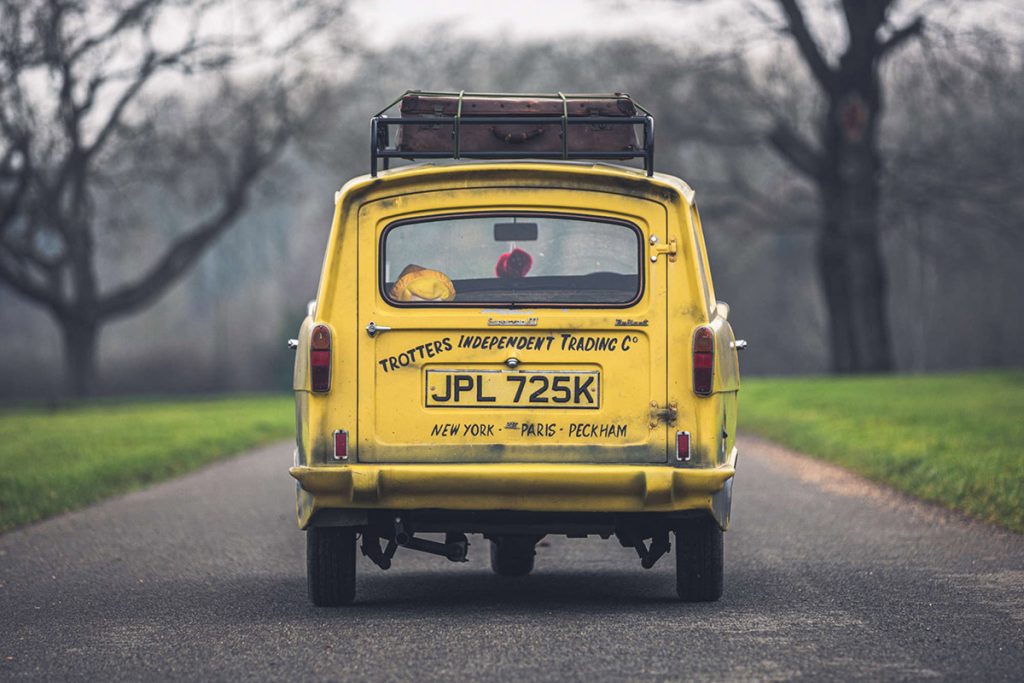 Registered JPL 725K, the van proved to be incredibly reliable, clocking up more than 96,000 miles over the years. And, for a price somewhere north of £40,000, it could occupy that empty space in your garage come March!