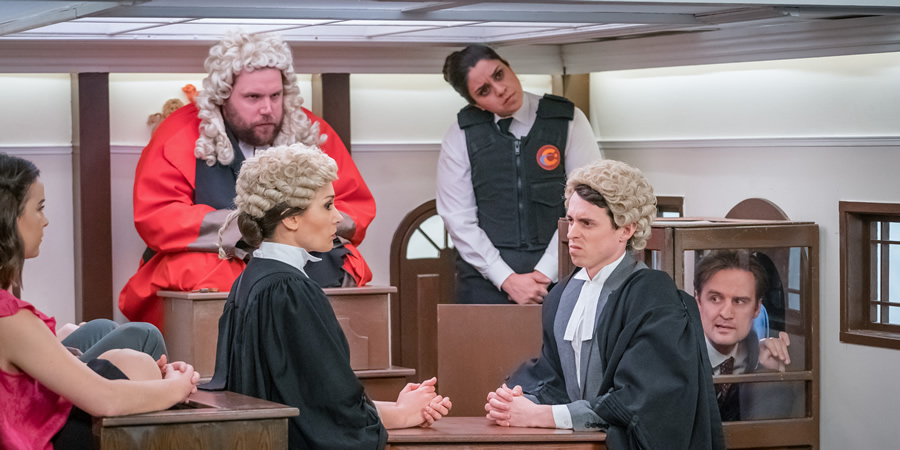 What innocently started out as a play by Henry Lewis, Jonathan Sayer, and Henry Shields (i.e. Mischief Theatre) has quietly turned into a go-to binge watch series during the COVID-19 pandemic. The Play That Goes Wrong was followed up with two Mischief Theatre television specials, an adaptation of Peter Pan Goes Wrong (performed by Cornley Polytechnic Drama Society) and a sequel titled A Christmas Carol Goes Wrong (guest-starring Sir Derek Jacobi and Dame Diana Rigg), both of which aired on BBC One in December 2016 and 2017.

At that point, everything went right as the BBC commissioned a series of six episodes of The Goes Wrong Show that would air in late 2019, early 2020 on BBC One. Each episode had a different theme, including a period romance, spy thriller, a deep south melodrama and a Christmas fable.

Even though we are all trying desperately to forget 2020 at this point, the Mischief Theatre folks made it a bit more palatable to deal with by re-releasing the first six episodes on Twitter (with the hashtag #GoesWrongAlong) in April 2020 as ‘watch-along’ episodes while much of the world was in lockdown.

While the initial series received positive reviews from the usual suspects of The Guardian, The Telegraph and Radio Times, it was clear The Goes Wrong Show was something special with a positive review from The Financial Times, of all places. The show received a five-star review from Suzi Feay of the Financial Times, who said, “This stuff has to be directed and performed with pinpoint accuracy if it’s to succeed. Fortunately, it’s perfectly, deliberately, terrible.”

Based on the success of series 1, the BBC commissioned a second series, which premiered in late December 2020. The first half-hour episode was a re-telling of the Nativity story. 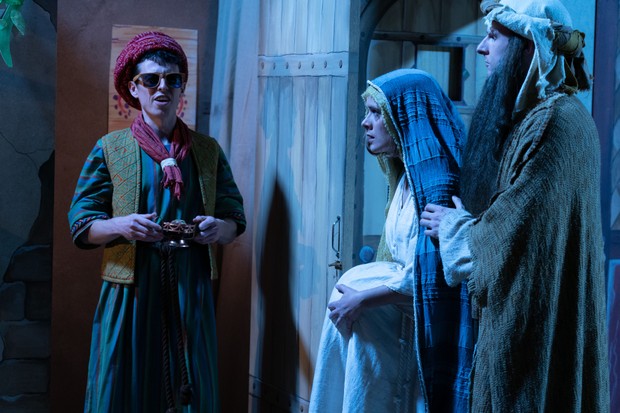 While you wait for new episodes of practically everything that was supposed to hit the small screen in early 2021 (Father Brown, Death in Paradise, Call the Midwife, Endeavour, Grantchester to name a few) check out The Goes Wrong Show. You probably won’t forget 2020 but it will be a great way to start 2021!