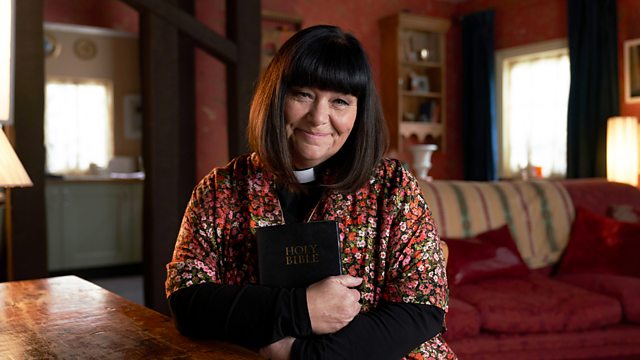 Aside from the obvious much more important reasoning of ‘flattening the curve’, ‘slowing the spread of the virus’ and vaccinating as much of the world’s population as possible, if anything good has come from the last year of the off-again, on-again mandated ‘sheltering at home’ lockdown,  it’s the steady flow of creativity from the creative world, which has been nothing short of brilliant.

One of the best examples was the holiday return of Geraldine Granger as she provided the residents of Dibley with counsel and support in The Vicar of Dibley in Lockdown. Alongside the vicar (Dawn French) was James Fleet, better known as the simplistic Hugo Horton, who will be chatting with the vicar about his lockdown frustrations after being trapped at home with his stern father, Dibley parish council leader David Horton. 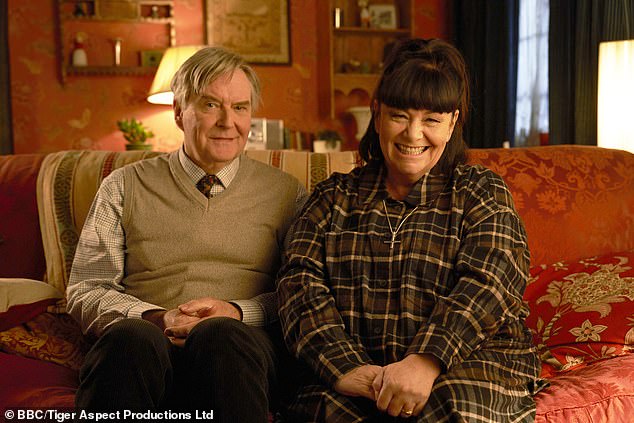 James Fleet and Dawn French in The Vicar of Dibley in Lockdown. Photo: BBC Pictures, BBC.

As it has been over a decade since we last looked in on Dibley, three cast members have since died with Roger Lloyd Pack (Owen Newitt) passing in 2014 and both Emma Chambers (Alice Tinker) and John Bluthal (Frank Pickle) passing in 2018. Leading up the series of 3 short specials, one had to wonder just how and/or if Geraldine would deal with the real-life deaths during her Zoom virtual sermons. While Geraldine treats the characters of Owen and Frank as still being alive in the special, dealing with Emma Chambers’ tragic passing in 2018 would be referenced a bit differently according to an early BBC press release.

The release described the character as “very dearly departed” but still an “important presence in the village”. Geraldine would deal with Alice’s passing in the special and would even give a brief shout out to Jim Trott, played by Trevor Peacock. In real life, Peacock has Alzheimer’s disease and is no longer acting.

While Geraldine makes it quite clear that it’s better to write a sermon sober and points out to everyone that the lockdown might be a good time to catch up on some Bible reading, Richard Curtis’ writing and Dawn French’s portrayal of Geraldine Granger was just what the Doctor ordered to cap off a pretty dismal 2020. Even though the photo on the wall is now Idris Elba and not Sean Bean, it’s still the same Vicar which is the constant in our lives that we all need at the moment to get us through the next few months. Cheers.