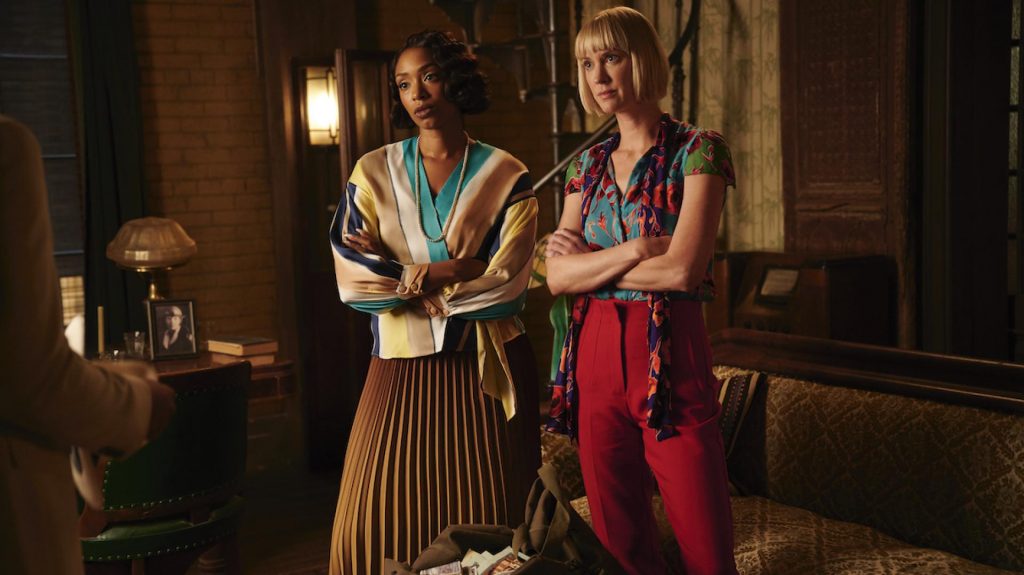 Sadly, it appears the ladies of Frankie Drake Mysteries have solved their last crime on the streets of Toronto when series 4 comes to an end.

Starring Lauren Lee Smith as Frankie Drake, Chantel Riley as Trudy Clarke, Rebecca Liddiard as Toronto Police Morality Officer Mary Shaw and Sharron Matthews as, perhaps, the most enthusiastic morgue attendant ever, Flo Chakowitz, Frankie Drake Mysteries is set in 1920s Toronto and follows the city’s only female private detectives as they take on the cases the police don’t want to touch.

While Frankie Drake Mysteries executive producer, Christina Jennings made the official announcement by saying, “We would like to thank the incredible cast and crew, and the fans for all of the love and support over the past four years”, the cast took a more direct approach via Instagram to speak directly to long-time fans of the series by not only sharing their disappointment at the cancellation but making sure everyone knew how much of a part of their life and how special the fans and last four series has been to each of them.

Alternating between tears and laughter, Lauren Lee Smith (Frankie Drake) announced. “We are incredibly disappointed, but we felt that it was really important for us to let you guys know. We are so incredibly grateful for the four seasons that we got to do and I know we all loved making this show.”

“I will miss the laughter that we had,” Chantel Riley (Trudy Clarke) said. “We laughed a lot, and that’s something I’m grateful for.” Sounding as excited as if her character of Flo Chakowitz spent the day digging through a stack of pathology reports, Sharron Matthews said, “We’ve all gone through so many different things during these last four years, and we have all been so there for each other … this whole job was such a gift.”

The series has, indeed, been such a gift to us all. Look for Frankie Drake Mysteries airing on your local public television station in 2021.