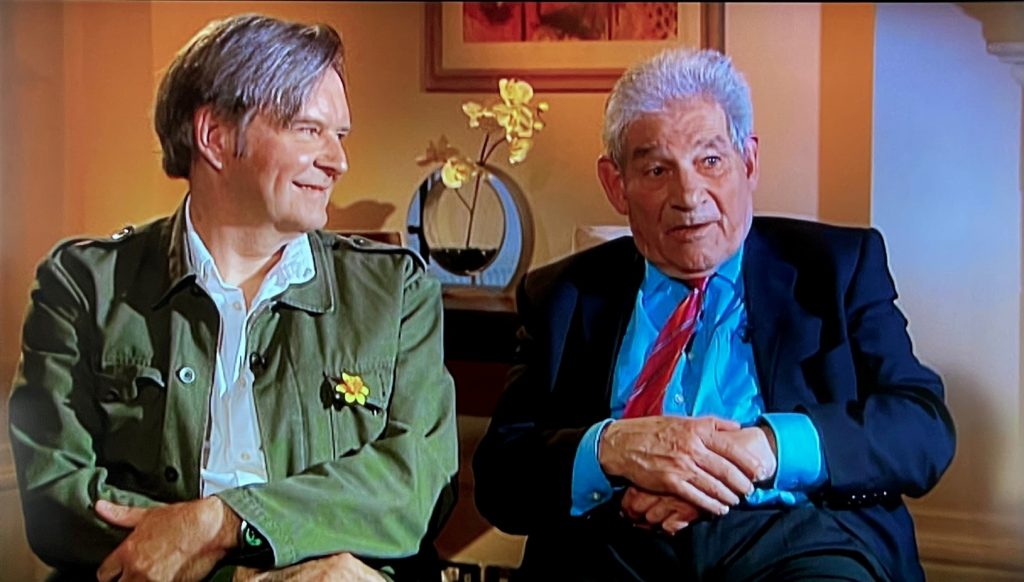 James Fleet and Trevor Peacock in PBS’ Behind the Britcoms. Photo: Bill Young

These R.I.P. posts seems to be coming at an alarmingly fast rate these days and while all of them are devastating to those of us that have literally grown up on British comedy and drama, this one painfully hits home as the wonderfully brilliant Trevor Peacock has died.

Known as the lovable but bumbling Jim Trott in the comedy series, The Vicar of Dibley, Peacock died aged 89 on the morning of 8 March from a dementia-related illness according to a family statement. The actor was a mainstay of the Dibley Town Council appearing in every episode of the series from 1994-2015. While he did not appear in the recent Christmas lockdown special, the vicar did give a brief shoutout to Peacock’s character, Jim Trott.

Several of us had the great good fortune of spending some time with Trevor during our interview in 2010 as part of our PBS production, Behind the Britcoms: From Script to Screen. It was clear even all those years later how much both he and fellow Town Council member, James Fleet (Hugo Horton), absolutely loved being a part of that series and, to this day, there was a true friendship that showed through between the two during the interview.

Sadly, the Dibley Town Council now appears to have a quorum up above as Peacock is the fifth major cast member from the series to die in recent years. Roger Lloyd-Pack, who played Owen Newitt, died in 2014, while Liz Smith, who played Letitia Cropley, died in 2016. Emma Chambers, who played Geraldine’s verger and close friend Alice Tinker, and John Bluthal, who was Frank Pickle, both died in 2018.

In addition to his comic genius in Dibley, Peacock was also an accomplished Shakespearean actor, starring in a number off BBC productions including Titus Andronicus, Twelfth Night and Henry V. In addition, he was also a very successful musician and songwriter. He appeared with the Beatles in a 1964 television special Around the Beatles, and wrote “Mrs. Brown You’ve Got a Lovely Daughter” made famous by Herman’s Hermits.

Upon hearing the news, Dawn French couldn’t have expressed our feelings any better.

💔 Night Trev. I love you. pic.twitter.com/17sXcpVDhI

R.I.P, Trevor Peacock. Thank you for the years of laughter, past, present and in years to come.