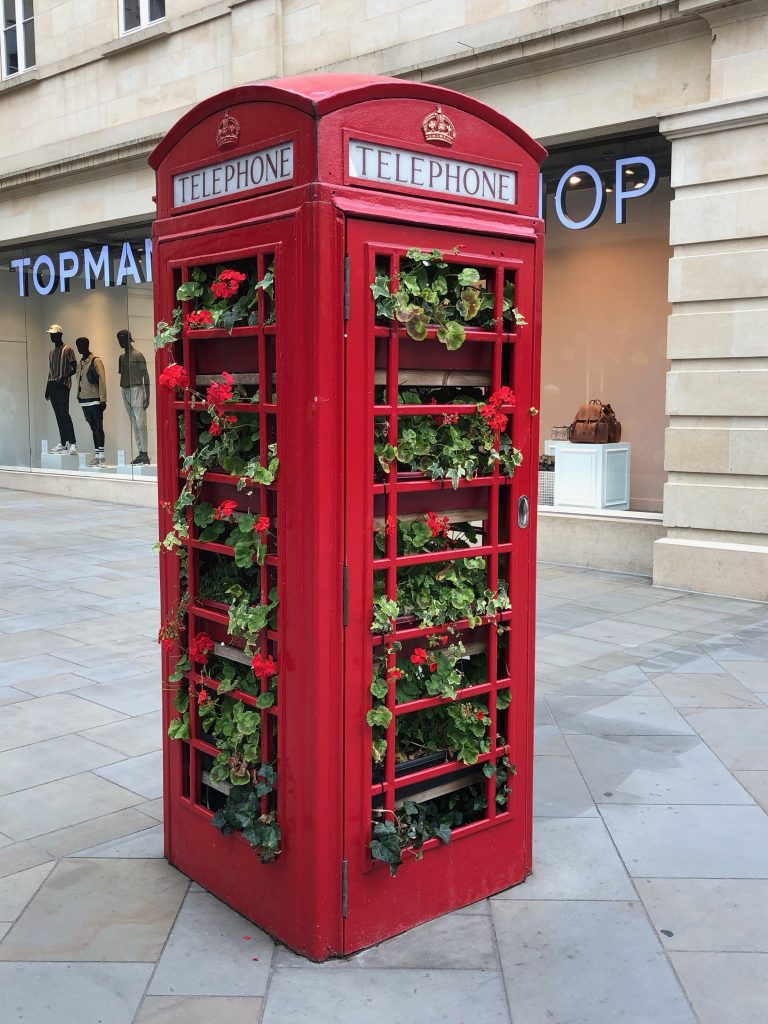 Ok, I know it’s only March, but it’s never really too early to be thinking Christmas! If you’re wondering what could Tellyspotting possibly want this year, have we got a deal for you!

Sadly, it looks like mobile phones are here to say so the iconic British red telephone boxes located on street corners everywhere are being used less and less. Thankfully, if BT has their way, they won’t suffer the same fate as Hyacinth’s pearl-white slim-line push-button digital telephone with automatic last-number redial. Rather than remove them, BT is able to offer communities the opportunity to keep these telephone kiosks through their Adopt a Kiosk program, and all you need is £1 and an idea.

As part of BT’s Adopt a Kiosk Scheme (i.e. program), you can pay just £1 to help repurpose a telephone box and it can be transformed into anything from little libraries to defibrillator stations. Around 4,000 telephone boxes have become available to adopt by recognized local authorities, community or parish councils, registered charities, and private land owners who have a telephone box on their land. However, if you fancy a telephone box for yourself you can buy one here.

Here are a few examples as provided by Secret London, from a little library to the smallest gin bar on Earth, appropriately named The Wee Bar.

Some other awesome examples include the brilliant idea from the Community Heartbeat Trust, who installed defibrillators in disused phone boxes across the country. “With something as serious as a cardiac arrest, time is of the essence. Unfortunately, ambulance services often can’t reach country villages in time”, Trust secretary Martin Fagan explained.  “To install defibrillators in disused phone boxes is ideal, as they’re often in the centre of the village. And it means the iconic red kiosk can remain a lifeline for the community”.

While over in Cheltenham, 10 red phone boxes have been transformed into miniature art galleries, showcasing the work of local artists. The picture above is one I stumbled across in 2019 on a trip to Bath. According to BT, it only costs £1 to adopt a phone box, and information is available on their  how it works page, which outlines the next steps you need to take.

More than 5,000 communities across the UK have taken advantage of the opportunity to do something really amazing their with local phone boxes that had little or no usage. Gentle reminder, it’s never too early to be thinking Christmas. Some people want a new iPhone, I’m good with a iconic red British telephone box. Who wouldn’t be!