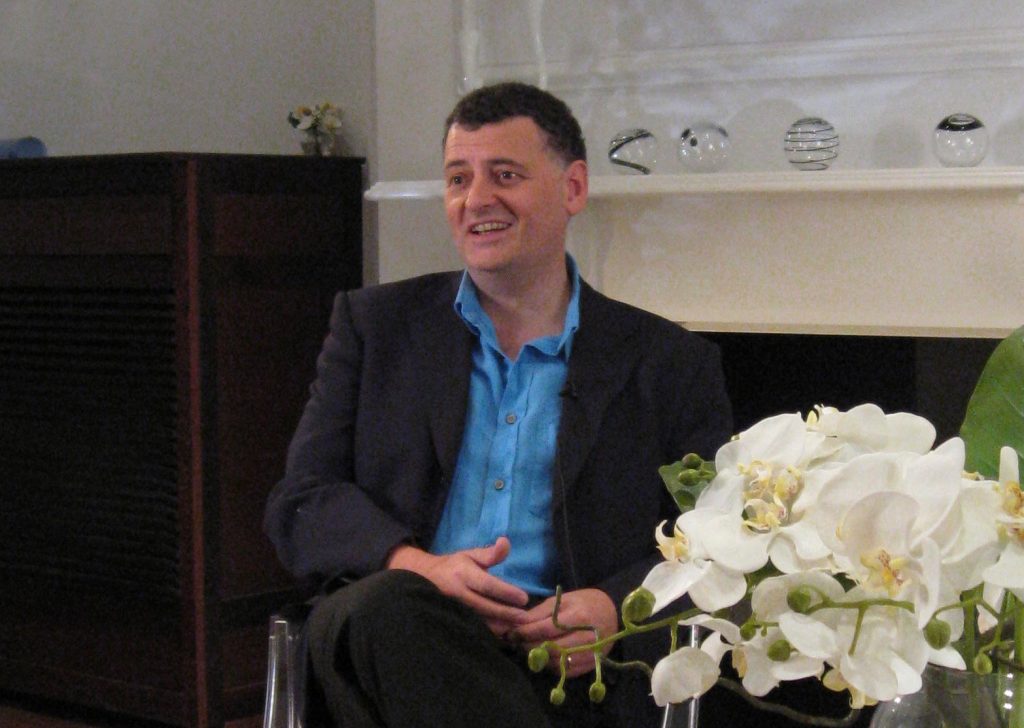 The mind palace of former Sherlock and Dracula co-creator Steven Moffat is about to get busy again. We had the good fortune to cross paths in early 2020 with the former Doctor Who/Sherlock showrunner in the hotel lobby during the 2020 BBC Showcase in Liverpool along with his wife and Hartswood Films Executive Producer, Sue Vertue. They took a moment to excitedly talk about their forthcoming project, a crime thriller entitled Inside Man.

A lot has happened over the course of the last year which was marred by several production lockdowns. With an all-star cast line-up just announced of David Tennant (Doctor Who, Broadchurch, Des, Staged), Stanley Tucci (Hunger Games) and Dolly Wells (Dracula), the 4-part series tells the story about a prisoner on death row in the US and a woman who’s trapped in a cellar under an English vicarage, whose lives interlink in the most unexpected way.

Sounding just a bit giddy as they are suddenly faced with the thought of getting started on Inside Man, Moffat and producer Sue Vertue said: “We’re a bit stunned, and very excited, at the acting talent we’re managing to assemble for this show. Can’t wait to crawl out of our lockdown bunker and get to work.”

Piers Wenger, Controller of BBC Drama, commissioned instantly saying, “The script is a page-turner and grips you from the outset”. He went on to add that “…Charlotte Moore (Director of BBC Content) and I couldn’t resist bringing this story to BBC One.”

Inside Man is set to begin production later this year and will air on BBC One in the UK and stream on Netflix internationally.