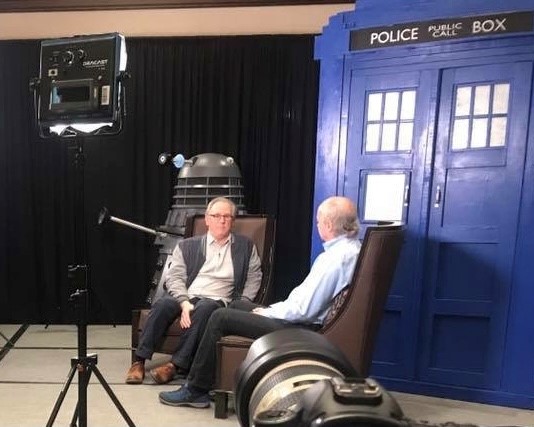 When production begins on The Larkins, the ITV reboot of the classic early 90s comedy drama series, The Darling Buds of May, it will do so with the addition of a former Doctor, Peter Davison to the cast. Davison will play the village vicar alongside Bradley Walsh (Doctor Who) as wheeler dealer Pop Larkin and Joanna Scanlan (Jane Eyre, The Thick of It) as Ma Larkin.

Like it’s predecessor, which was set in rural 1950s Kent and was an adaptation of the 1958 novels by H.E. Bates, The Larkins will also be based on H.E. Bates’ novels and will feature Sabrina Bartlett (Bridgerton) as Mariette, a role made famous by a young Catherine Zeta-Jones. 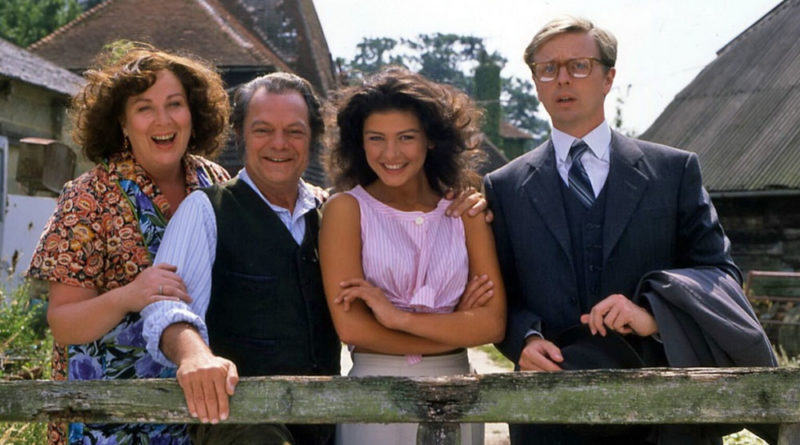 Simon Nye (Men Behaving Badly, Hardware, The Durrells) will do his best to bring the warmth, optimism and escapism that was the cornerstone of the original series which starred David Jason (Open All Hours, Only Fools & Horses, Still Open All Hours) as Pop Larkin, Rosemary & Thyme and Call the Midwife’s Pam Ferris as Ma Larkin and the aforementioned Catherine Zeta-Jones in what was considered to be her breakout role.

Sounding a bit giddy over his forthcoming writing duties, Nye commented: “The novels are short, hilarious and magical. We will be expanding the Larkins’ world a little and can’t wait to immerse ourselves in this glorious countryside idyll.” Nye might be a bit busy in the not-too-distant future as there are some fairly serious rumors of a sequel to the 1930s family period drama, The Durrells, which would follow the family as they settle back in England in Bournemouth, following their return from Corfu.

Currently in production, The Larkins will air later this year on ITV.