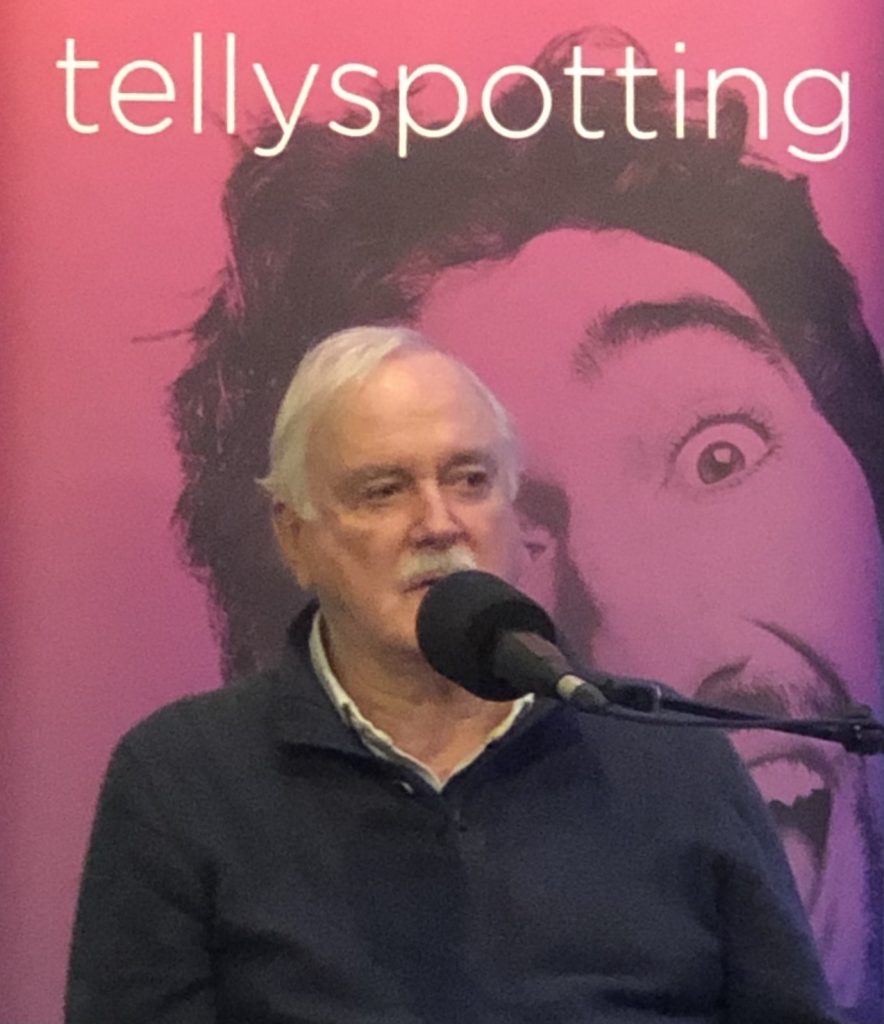 In true Cleese fashion, he apparently started his love affair with the Karl Malone/John Stockton-led Utah Jazz during the team’s NBA Finals runs in the late-90s, just to be a contrarian to his daughter’s favorite team, the Chicago Bulls. That, and his self-admitted love of all things ‘silly’, led to a decades long following from across the pond.

“I love silly names,” Cleese told fans at the FanX pop culture convention at the Salt Palace in 2019. “And there has never, ever been a sillier name than the Utah Jazz.”

Fast forward to April 2021 where Cleese and daughter Camilla find themselves in Phoenix tonight (April 6) appearing at the House of Comedy for a special night of “Comedy with the Cleeses” beginning at 7p. As luck would have it, it appears that the basketball Gods have aligned the planets to where the Utah Jazz will be visiting the Phoenix Suns on Wednesday evening opening the door for Cleese to finally get an opportunity to see the high-flying 38-12 Utah Jazz in person.

Recognizing how close he’d be to the possibility of seeing 2021 NBA Western Conference greatness, Cleese (with a little help from PhotoShop) took to Twitter to reach out to the team for tickets…

.@utahjazz I would love to come see you Wednesday in Phoenix with my daughter, can we make this happen? pic.twitter.com/12LtBQD2sx

Jazz owner, Ryan Smith, rose to the occasion not long after apparently ‘taking care’ of the ticket request.

Can anyone help me and my daughter Camilla to get to go to watch the game ?

I’ve supported them for 20 years and never yet seen them live !!

Cleese, after not initially realizing that tickets would still be available at this late date with the top two Western Conference teams squaring off, ended up and bought two tickets and should be in attendance on Wednesday. Say hi, just don’t ask him to do a silly walk on the concourse.

Thanks to all who gave me advice about the Jazz

But I’d made a mistake !

I assumed that with limited capacity and the two best teams playing, all the tickets would have long gone.

So I BOUGHT two tickets

While Mike Conley and Rudy Gobert may not be John Stockton and Karl Malone, they are 38-12 and sit atop the traditionally strong Western Conference. Should be a good game to be your first Utah Jazz game to see in person.