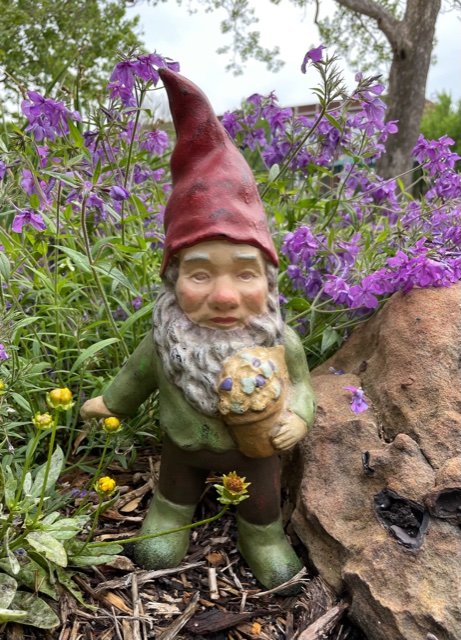 Gnomes in short supply across the UK. Photo: Bill Young

Forget the fact that we could still be a good year away from a new series of The Crown or that much of the British period drama loving public is still in limbo as to whether or not there will be a second series of Sanditon or the reality that every day that passes is another day without a new episode of Sherlock, the real horror sweeping the UK as we enter into the 2nd quarter of 2021 is…there are no garden gnomes to be found anywhere in the UK!

Supply chain issues and the popularity of UK garden centres during lockdown are causing an unthinkable shortage of garden gnomes. With the lack of raw materials due to the recent blockage of the Suez Canal contributing to the national shortage, Gnomes of any type, be it plastic, stone or concrete, are in short supply.

Commenting on the dire situation the UK finds itself in, Garden Centre Association chief executive, Iain Wylie, said: “While garden gnomes are not top of everyone’s list, gardening has been very popular during lockdown…and correspondingly we’ve had difficult times where supply chains have been under pressure. With goods arriving from abroad, garden centres were affected by the ship getting stuck in the canal as much as any other industry. Garden furniture, ornaments, of which gnomes would be some, being stuck in containers trying to come over here.“

Contributing to the national crisis that many garden centres have found themselves in for over six months has been that with much of the UK being in and out and back in a coronavirus pandemic lockdown for the better part of the last year, every day ‘is a bank holiday’ according to Ian Byrne, assistant manager of Highfield Garden World in Whitminster.

In fact, Byrne cited that he had seen some figures based on March which showed garden centres were 97% busier than they were in 2019. While this is certainly music to a majority of garden centre’s ears (and bottom lines), it causes nothing but undue anxiety to the average gardener finds themselves in need of a gnome.

While some may scoff at the importance of the garden gnome, some gnome liberation front groups claim that forcing gnomes to stand in gardens without pay, insurance or just compensation against their free will and for the sake of ornamentation is immoral.

No matter what side of the gnome fence you find yourself, garden gnomes are more than just earth people associated with soil and plants. Legend holds it that if a gnome comes above ground in the light of day it will turn to stone. The first garden gnomes were made of terracotta in Germany in the 1800s. Today garden gnomes are very popular and are said take care of your garden at night. Let’s hope the horror of #TheGreatUKGnomeShortage will soon become a distant memory and that we can all return to some sense of garden normalcy soon…with a gnome.