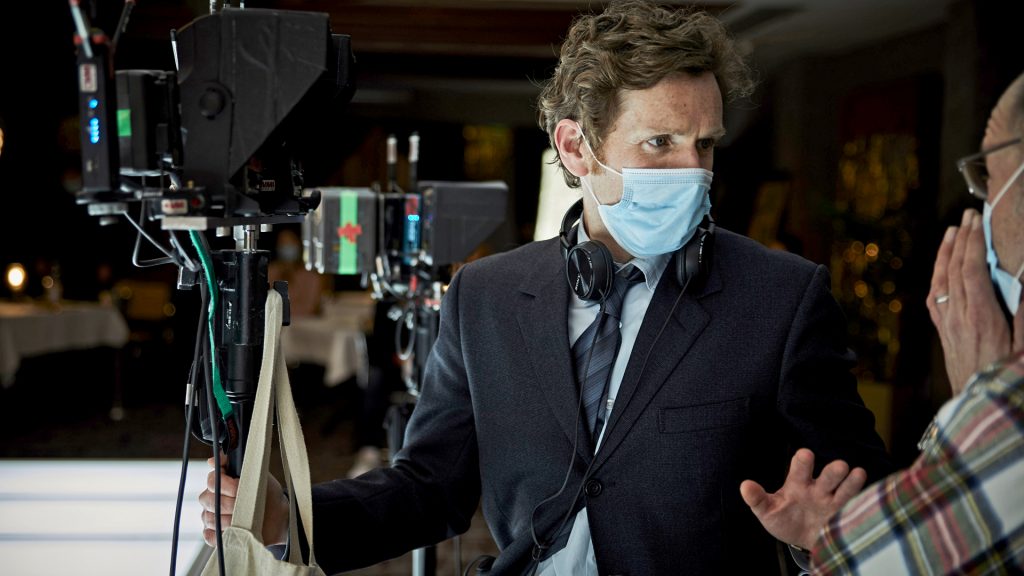 While we all find ourselves in the middle of the effects of COVID-19 on the British production industry, we are starting to see the light at the end of the tunnel with Unforgotten S4 returning this Summer, Grantchester S6 and Call the Midwife S10 targeting Fall 2021 for a return and, now, comes very welcome news with regards to the forthcoming S8 of Endeavour!

According to the news today coming from PBS Masterpiece, filming has begun on Season 8 of the critically-acclaimed detective drama, Endeavour, with lead actor Shaun Evans directing the first of the three new episodes.

Shaun Evans reprises his role as DS Endeavour Morse, alongside Roger Allam as DCI Fred Thursday for a new set of compelling cases written and created by Russell Lewis.

Opening the series in 1971, a death threat to Oxford Wanderers’ star striker Jack Swift places Endeavour (Shaun Evans) and his team at the heart of the glitz and glamour of 1970s football, exposing the true cost of success and celebrity, and with it, a deep-rooted division that is soon reflected much closer to home.

“After our longest suspension, all at #TeamEndeavour are delighted to have been returned to duty,” said series creator, writer and executive producer Russell Lewis. “If anything, the delay has made us all determined to make Season 8 everything it can be.  Happily, it looks as if our timeline has endured the hiatus and that we will still be delivering our vision of 1971, albeit through an Endeavour glass darkly, exactly half a century on.”

Lewis continued, “Social distancing and strict insurance regulation with its bubbles and cohorts mean that backroom boys like me and the other execs haven’t been able to get out to set as usual, but all the same, we’re very fortunate to be back in business at all and count our blessings daily. It’s truly lovely to be back telling new stories with Oxford’s Finest. I hope the audience finds they’ve been worth the wait.”

This certainly is fantastic news for Endeavour fans worldwide. Combining the earlier news regarding Unforgotten, Grantchester and Call the Midwife, in addition to new series of Father Brown, Shakespeare & Hathaway, The Mallorca Files, Death in Paradise, Vera, Shetland and new series such as Sister Boniface on the horizon, the latter part of 2021 and all of 2022 is shaping up to be a one for the record books.