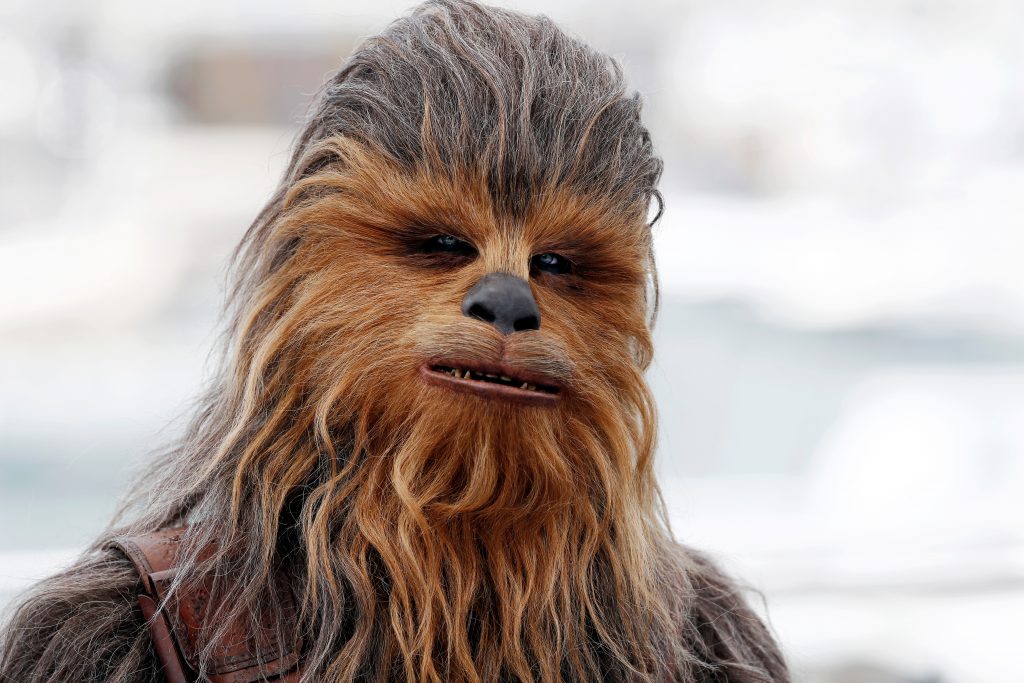 When May 4 rolls around each year, it’s traditionally that cringe-worthy moment when those non-Star Wars fans grin and bear it when someone says goodbye by saying ‘may the fourth be with you‘. Cringe-worthy or not, it is a day born out of the Hallmark playbook warranting some sort of greeting card.

On this May 4, we remember London-born Peter Mayhew who played Chewbacca, the furry warrior, smuggler, mechanic, pilot, and resistance fighter who fought in the Clone Wars, the Galactic Civil War, and the conflict and subsequent war between the First Order and the Resistance. In his spare time, Chewie was Hans Solo’s Millennium Falcon co-pilot and was part of a core group of Rebels who restored freedom to the galaxy.

Mayhew portrayed the most well-known Wookiee from from the 1977 original Star Wars film to 2015’s The Force Awakens when he shared the role with Finnish actor and former professional basketball player, Joonas Suotamo. before he retired from the role. As the story goes, when casting the original Star Wars, director George Lucas needed a tall actor who could fit the role of the hairy alien Chewbacca. He originally had in mind 6-foot-6-inch bodybuilder David Prowse, but Prowse chose instead to play Darth Vader which led Lucas to cast Mayhew, who was working as an orderly in the A & E Dept Mayday University Hospital, Thornton Heath, Croydon. Surrey.

Retiring completely from the role after his appearance in The Force Awakens, Mayhew said he modeled his performance of Chewbacca after researching the behavior of bears, monkeys and gorillas he saw at London Zoo. Becoming a naturalized U.S. citizen in 2005 at a ceremony in Arlington, TX, the 7′ 3″ actor was one of the 1200+ residents living in Boyd, Texas — about 30 miles NE of Dallas/Ft Worth.  Mayhew died of a heart attack a little over two years ago (30 April 2019) at his home in Boyd at the age of 74.

Aside from his Star Wars career, Mayhew wrote two books for younger audiences — Growing Up Giant, which explains that being different is a strength instead of a weakness, and the anti-bullying book for children My Favorite Giant.

Here’s to you, Peter Mayhew. May the Fourth be with you, today and always, forever.