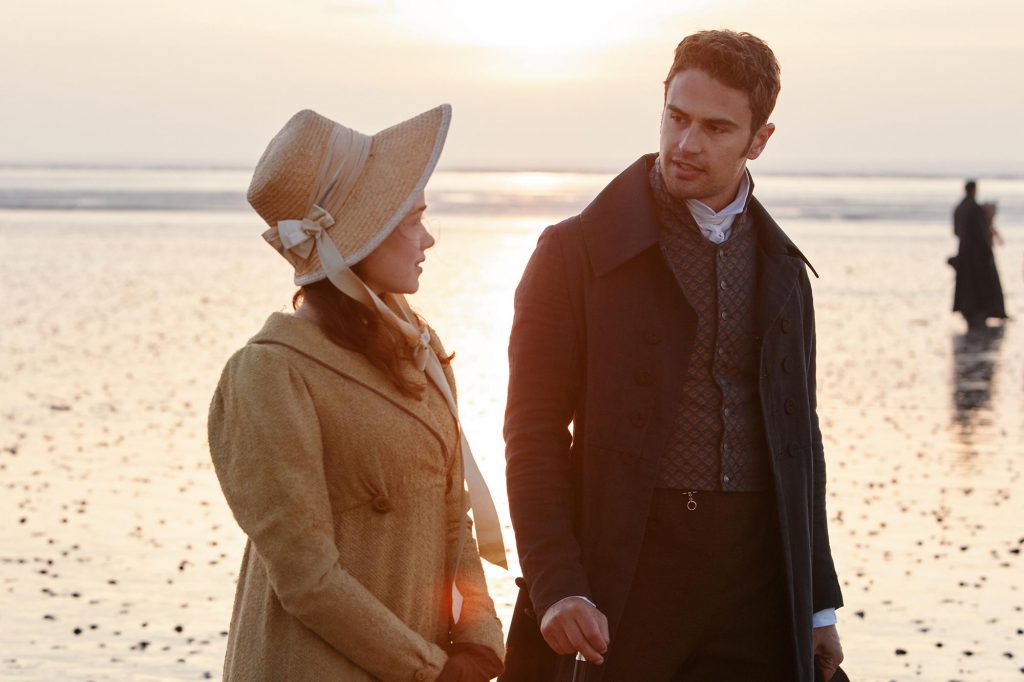 Just as there was no joy in Mudville after the mighty Casey struck out back in 1888, there is very little, if any, joy in Sanditon-ville at this moment given the news that Sidney Parker (Theo James) would not be returning to the seaside town of Sanditon for series 2.

Sanditon, the British period drama based on an unfinished Jane Austen novel, had fans of the series finally finding themselves with reason to do the happy dance following PBS’ announcement late last week that the series had been renewed for not one but TWO series.

It was, after all, an exceedingly long journey of unwavering resolve filled with petitions, tweets and even a sand art installation piece commissioned by an amazingly dedicated group of fans known as the ‘Sanditon Sisterhood‘ that played a major role in keeping any hope of returning to Sanditon possible over the past 14+ months.

A short 24-hours later, however, euphoria suddenly turned to a bit of understandable anger, as what had been a primary reason for the dissatisfaction with the series 1 heartache ending between Charlotte and Sidney, was suddenly taken off the table as having any possibility of resolve in series 2 or 3 when Theo James announced that his character, Sidney Parker, would not be returning. We’re talking ‘Matthew Crawley dying in a car accident after his long-awaited and hoped for marriage to Lady Mary and birth of their first child’ type devastation.

#SanditonPBS will return w/ seasons 2 & 3 and continue Charlotte’s journey through life & love. While Sidney Parker will not return, rest assured that an abundance of romance & adventure lies ahead for the Sanditon heroine. We can’t wait for you to see what we have in store… 💕 pic.twitter.com/8ioma0RbwF

Unfortunately, James’ public comment of wanting to ‘uphold the broken fairy-tale ending’ and that ‘his journey concluded like I wanted it to’ isn’t going to satisfy anyone that is still breathing. British productions, whether it be drama or comedy, have been notoriously effective at changing gears in the middle of a popular series when faced with a major cast issue.

Success in finding a suitable storyline replacement along the lines of Death in Paradise, Spooks, New Tricks, Midsomer Murders or Father Brown are testaments as to how well a series can continue following the desire of a main character to ‘move on’ to other projects. One only has to look as far as The Crown to experience success where the character stays the same but the actor changes.

Aside from the all-important where does Charlotte goes from here no-brainer, there are plenty of storylines worthy of a deeper dive such as Crystal Clarke’s brilliant portrayal of Miss Lambe or how Sanditon will rise from the ashes fulfilling the lifelong dream of one Thomas Parker. For me, just the thought of seeing Anne Reid portray Lady Denham once again is more than enough to bring me back into the fold for series 2.

Considering PBS announced in its tweet that “Sidney Parker will not return,” as opposed to the actor, it doesn’t seem like the role will be recast, which is unfortunate as it appears from recent tweets, fans can let Theo James go but they are not ready to let Sidney Parker go just yet.

Most likely, at this point, only series writer Justin Young and Sanditon series consultant Dr Paula Byrne have any insight as to what’s next for Charlotte Heywood (Rose Williams) and the seaside residents of Sanditon. Theo James or no Theo James, Sidney Parker or no Sidney Parker, Sanditon fans should be immensely proud of their commitment and ultimate achievement at the series’ revival as filming is expected to begin in late 2021.