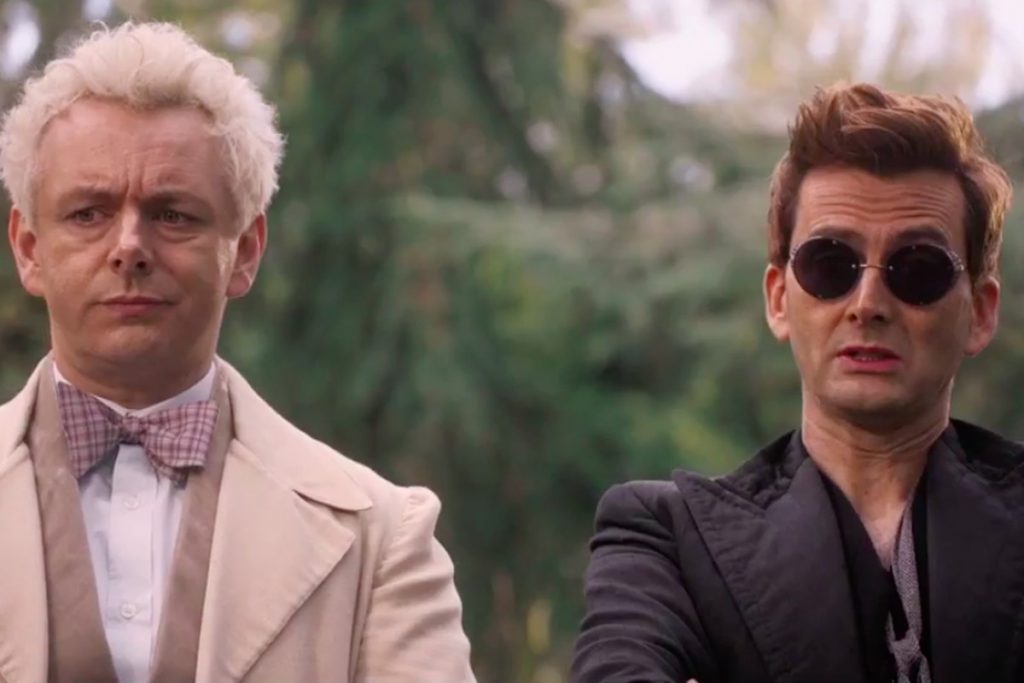 Following on the heels of the news earlier this week that the popular British period drama, Sanditon, had been renewed for two series, comes the brilliant but completely unsubstantiated news that Good Omens, the series based on the 1990 novel by Sir Terry Pratchett and Neil Gaiman, will have a second series.

The British Comedy Guide is reporting that the rumor that surfaced recently is based on a ‘source’ that at least seemed knowledgeable about the possibility saying, “Although the first series covered the entire Good Omens book, the creators will continue the plot well beyond the story originally penned by Sir Terry. But it’s a technique that’s well used in TV and has proved immensely popular in the past, so long as the creators manage to continue the spirit of the original.”

Indeed, it is a technique that’s ‘well used in TV’. All one has to do is look at the highly successful BBC drama, Call the Midwife, which was originally based on the memoirs by Jennifer Worth, who worked as a nurse in the East End in the 1950s. Now in its 10th series, with at least two more series commissioned, the original memoirs encompassed on the first three series.

The original series of Good Omens comprised the entire original novel which, according to The Nice And Accurate Prophecies of Agnes Nutter, Witch (the world’s only completely accurate book of prophecies), the world will end on a Saturday. Next Saturday, in fact, just before dinner.

So as he armies of Good and Evil are amassing, Atlantis is rising and tempers are flaring. Everything appears to be going according to Divine Plan. Except Aziraphale (Michael Sheen), a somewhat fussy angel, and Crowley (David Tennant), a fast-living demon – both of whom have lived among Earth’s mortals since The Beginning and have grown rather fond of the lifestyle – are not actually looking forward to the coming war. And, wouldn’t you know it, someone seems to have misplaced the Antichrist…

Sheen and Tennant have continued their on-screen chemistry during the 14+ month coronavirus lockdown starring together in two series of BBC One sitcom Staged. The British newspaper, The Sun, is reporting that BBC Studios is likely to begin filming the second series this year, with it set to be shown in  2022.

I’m not taking it to the bank just yet but one can always pray….