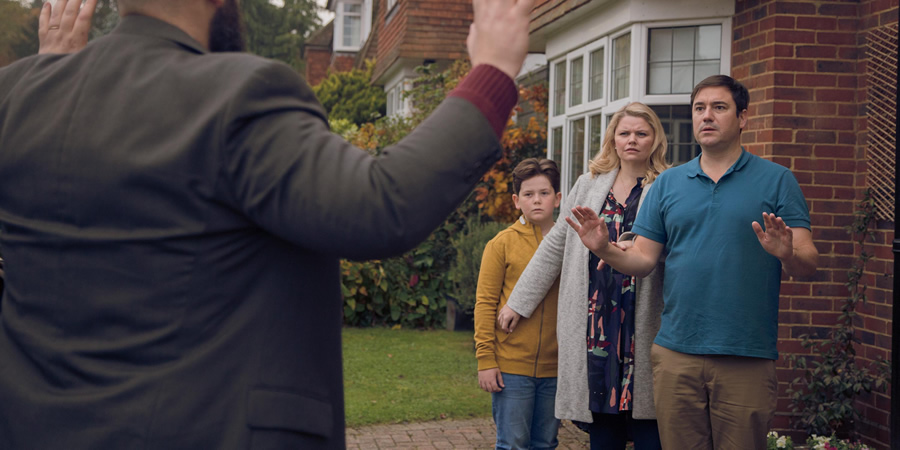 Taking an unfortunate page out of the Mulberry playbook, Channel 4’s thinking-person’s comedy series, Home, has not been renewed for a third series. Sadly, it could lead one to believe that cerebral comedies are short-lived while those with a lowest common denominator storyline can continue on well past their sell-by date.

Written by and starring Rufus Jones (Holy Flying Circus, W1A), Home follows the plight of a Syrian refugee who enters Britain illegally to claim asylum, in the car boot of a family coming home from holiday, telling the story of Sami, played brilliantly by Youssef Kerkour, as he tries to settle in the UK. Sami ends up living in suburban London (Dorking) with his new adoptive couple Peter (Jones) and Katy, and her son John, after they are surprised to find their unexpected visitor when they return from France.

In only two short series (12 episodes), much like Mulberry, Home brought a periodic tear to your eye as, beyond the comedic aspects of Sami and his quest to claim asylum, viewers watch both Sami and his newly adoptive family come to terms with what “home” really means. Unfortunately, ‘just like Mulberry’, Home has been cancelled after two poignant series.

Home had also become somewhat of a personal passion for Jones. The W1A star told BBC News: “I first thought of the idea in the middle of the refugee crisis in 2015, when we were getting all these terrible images. But rather than being about Syria, it’s about what a Syrian man finds when he arrives here — and I wanted to do that from the point of view of a family. It’s almost like a state of the nation piece.”

If you can find Home, have a look. it’s well worth the 6 hours even for repeated viewing….just like Mulberry.