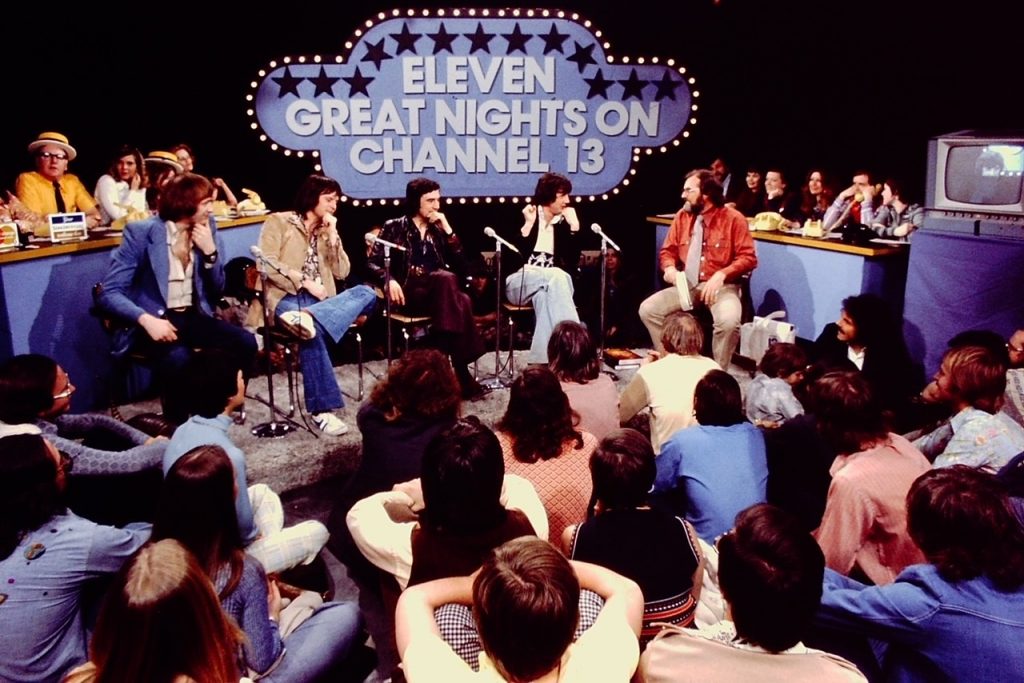 As we inch closer to the 50th anniversary of the premiere of Monty Python’s Flying Circus in America, no self-respecting celebration would be a true celebration unless it begins where it all began…in Dallas, TX, courtesy of KERA TV, the PBS affiliate in North Texas. Thanks to Ron Devillier and Bob Wilson for having the foresight to do what no one else in the United States would do….be the first to broadcast Monty Python’s Flying Circus in America.

Premiering on an otherwise uneventful Sunday evening in October 1974, the British sketch comedy series has gone on to not only be one of the foremost comedy efforts of the last half century but continues to be a major influencer of comedians on both side of the pond to this day.

Four members of the Python troupe (Michael Palin, Terry Jones, Terry Gilliam and Graham Chapman) appeared in the KERA studios as part of the March ‘Festival ’75’ fundraising campaign the evening after a little-known film premiered in Los Angeles, Monty Python and the Holy Grail.

Watching that evening, it struck me the same way it did when watching early interviews when the Beatles came to America. Four very young individuals that, at the time, had no idea what lay ahead for them in the future. It was also definitely a different time for TV as throughout the evening you could watch Graham Chapman alternate between the contents of a Coors beer cup and smoking a pipe on air.

When the Pythons landed at Love Field in Dallas, a member of their growing North Texas fan base gifted them a stuffed armadillo…not a stuffed toy animal, mind you, but an actual taxidermied armadillo. My guess after seeing them pass the official Texas small state mammal back and forth, it was fairly clear they had never seen anything like it. Terry Gilliam, maybe, but not the others. If I remember correctly, it was either Graham Chapman or Terry Jones that determined, whatever it was, it was a boy armadillo. 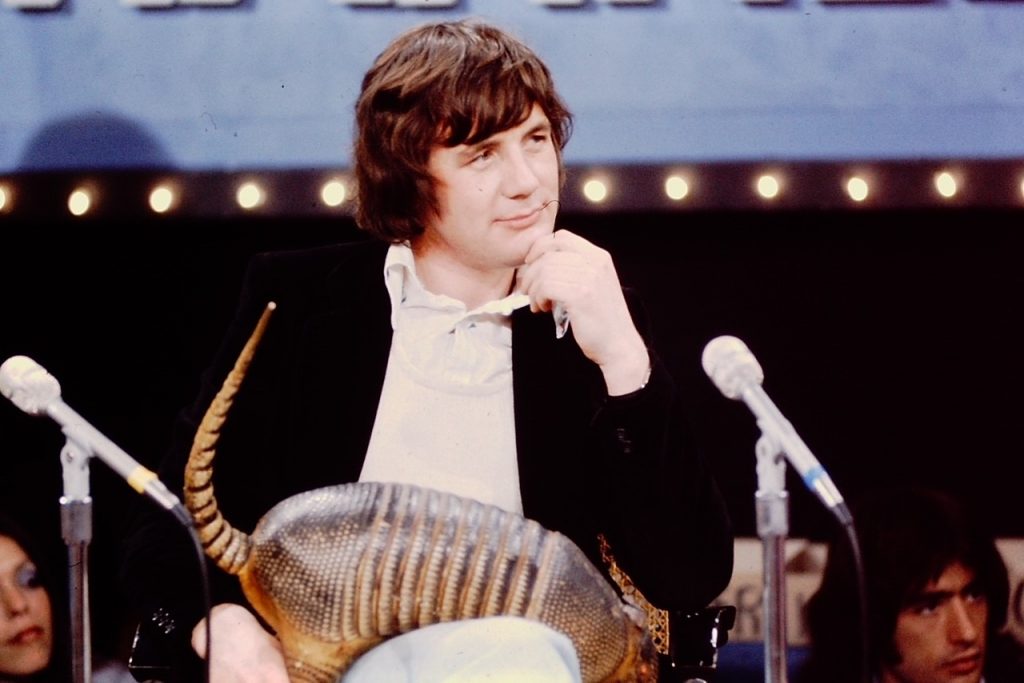 The mystery of the ‘Monty Python‘ armadillo is solved — 40 years later!

Fast forward almost 40 years to 2013 where I had the great good fortune to interview Michael Palin for Tellyspotting. At one point, I asked him what they thought about coming to Texas and, especially, with someone handing them a stuffed armadillo upon their arrival. He laughed and said “you’re not going to believe this but I still have it”! He said it was such an odd looking creature that he had to take it back home with him to the UK where, years later, he gave it to his grandson where it now lives a quiet life on the shelf. He then pulled out a photo on his iPhone and showed me a picture he had recently taken of the armadillo given to him in Dallas in 1975! 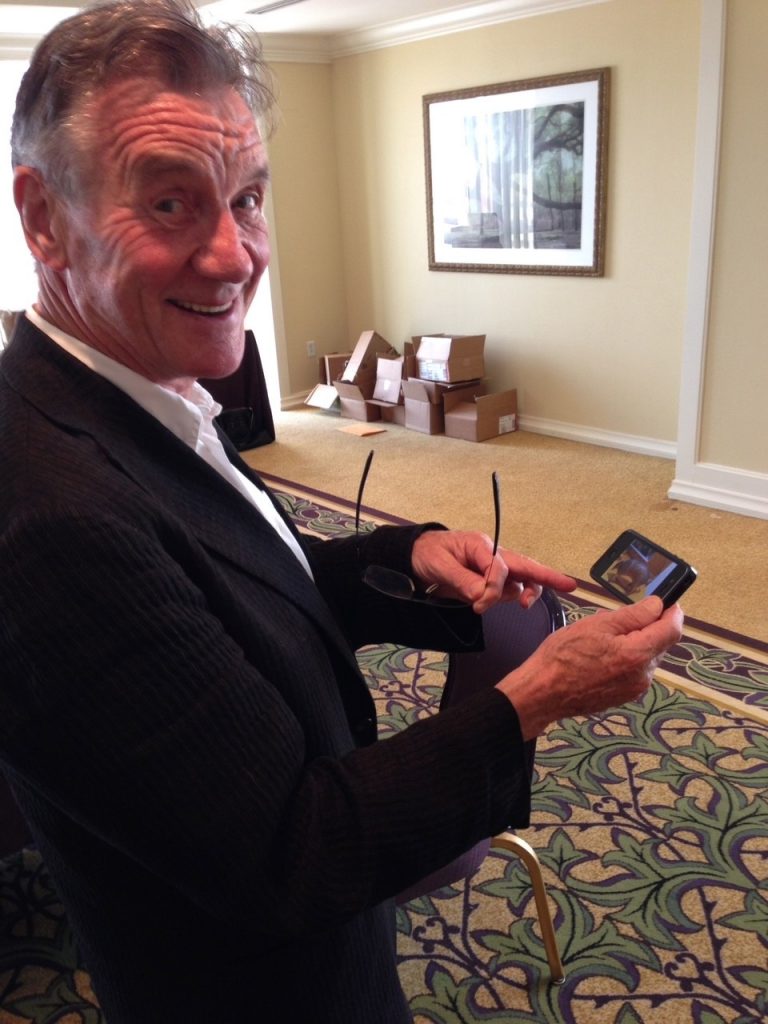 As we begin the 50th anniversary celebration, albeit a couple of years early, KERA is creating a program to air in conjunction with the national PBS broadcast of Monty Python: Best Bits Celebrated which will air in June on many PBS stations around the U.S. Submit your favorite Monty Python memory using #montypythonKERA on Facebook, Twitter or Instagram and you might end up in our show celebrating Monty Python on KERA on Sunday June 6th at 8:30p!

For more info, head over to kera.org/montypython for more information on how to submit!