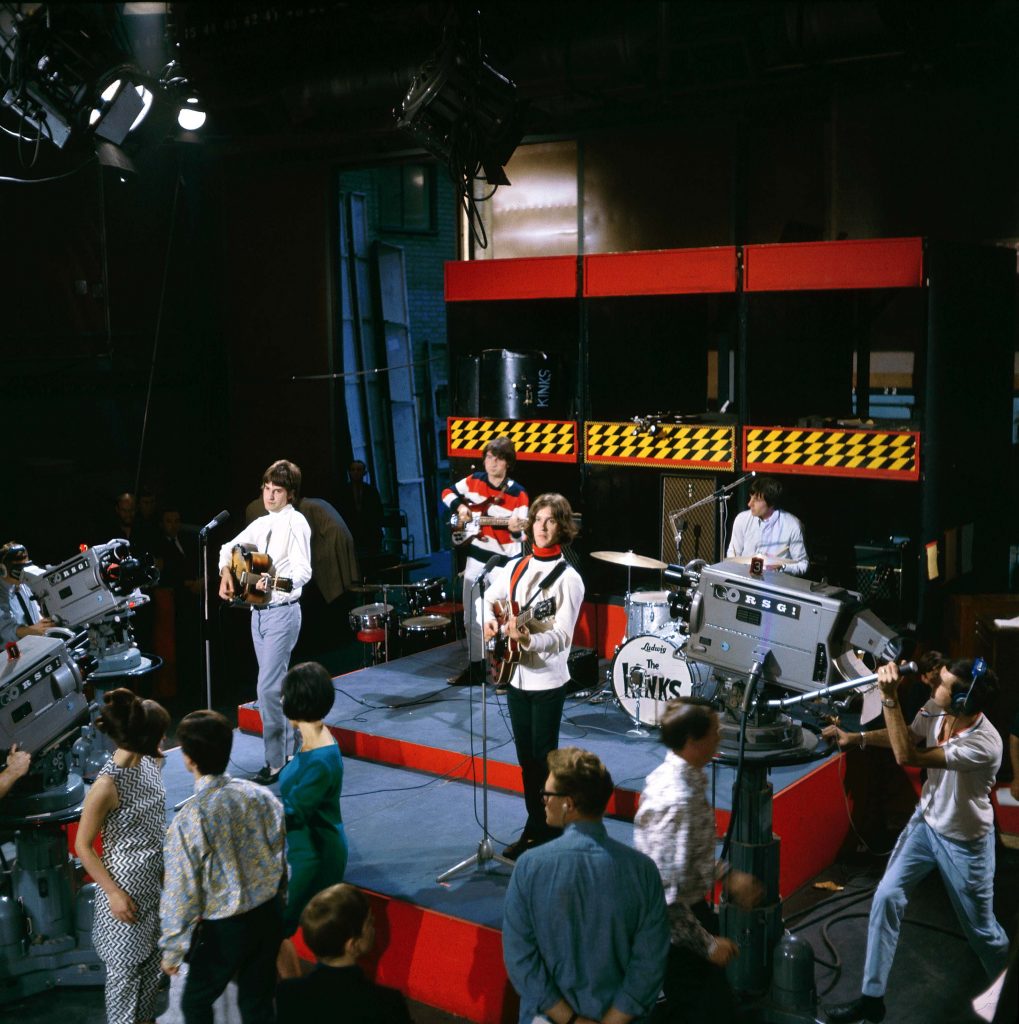 Ready Steady Go!, a.k.a. RSG!, was a British rock/pop music television program broadcast every Friday evening from 9 August 1963 until 23 December 1966 on ITV. The show went out early on Friday evenings with the tagline “The weekend starts here!“, and was introduced by the Surfaris’ “Wipe Out”, later by Manfred Mann’s “5-4-3-2-1”, then Manfred Mann’s “Hubble Bubble Toil and Trouble”, and finally The Rolling Stones “Goin’ Home”.

Like its American cousin, American Bandstand, RSG! epitomized the spirit of youthful optimism that gripped Britain in the mid-Swinging Sixties. Reflecting the cultural upheaval of the time, it was the only place on British television where anything went, as far as performance, fashion and attitude were concerned.

Much more youth-orientated and informal than its BBC rival, Top of the Pops, the series was notable for featuring the audience as dancers and for the interaction of artists and audience. The producers purposely chose the audience in London clubs, picking out the best or the most fashionably dressed dancers to ensure a hip audience in tune with the artists.

While the series was never broadcast in the United States, most likely because it was in black and white at a point in time when the American broadcast networks (ABC, CBS, NBC) were converting to full color, PBS is stepping up to bring you the Best of the 60s: Ready Steady Go! in June on your local PBS station.

The program will be a compilation from across the years of the iconic music series and features some memorable performances by The Beatles, The Rolling Stones, The Who, Martha & the Vandellas, Dusty Springfield, The Animals, Otis Redding, The Temptations, The Walker Brothers, Them, Marvin Gaye and more.

In advance of the broadcast, we’d love to hear from our UK readers who may have watched RSG! in the 60s. Please email us at tellyspotting@kera.org so I can relive the swingin’ sixties vicariously!