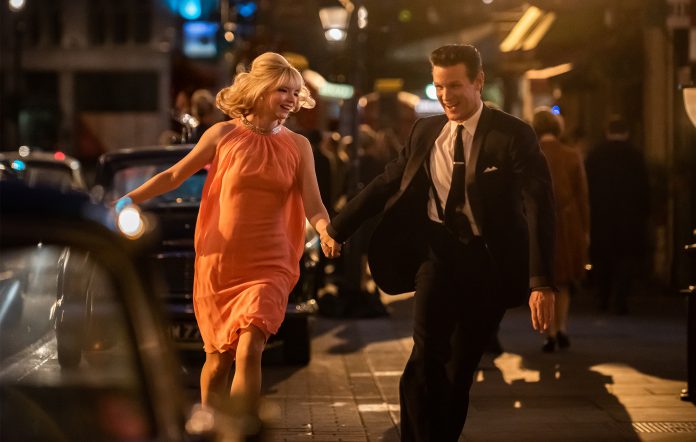 Last Night in Soho, the long-awaited psychological thriller from Edgar Wright, is one step closer to hitting the big screen this Fall. Wright (Shaun of the Dead, Hot Fuzz, The World’s End, Baby Driver), who directed Last Night in Soho, c0-penned the script with Penny Dreadful writer, Krysty Wilson-Cairns.

Thomasin McKenzie (Jojo Rabbit) stars as Eloise, a young girl transported back to 1960s London where she meets her idol, a singer, only to find that that’s when things begin to seriously unravel.

Is seems as though Eloise only transforms into Sandy when she dreams. Fresh off her recent SNL hosting gig, Anya Taylor-Joy (The Queen’s Gambit, The Witch, Split), plays Sandy who also seems to be creeping slowly into Eloise’s daily life in the modern world of fashion design as well, hence, the ‘things begin to seriously unravel’ part of the equation.

Having been held out of theater’s for the better part of a year due to the COVID pandemic, Last Night In Soho is currently scheduled to be released in cinemas on October 22, 2021. Pairing the phrase ‘psychological thriller’ with Edgar Wright is pretty much all I need to lure me back in the theater to see a film in person this Fall. In other words, you had me at ‘directed by Edgar Wright’.