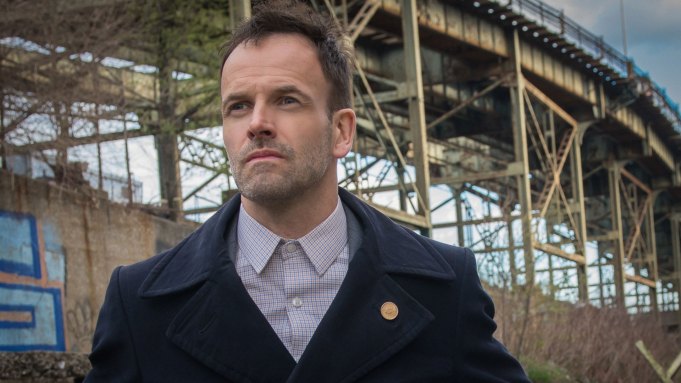 It’s been a long and winding road for Jonny Lee Miller over the last decade going from Trainspotting to Frankenstein at the National Theatre to Sherlock Holmes in CBS’ Elementary and, now, to Prime Minister John Major for the 5th series of The Crown which begins filming next month.

Miller will be joined by an entirely new cast which will take over after the conclusion of series 4 with Imelda Staunton starring as Queen Elizabeth, Lesley Manville as Princess Margaret, Jonathan Pryce will play Prince Philip, and Elizabeth Debicki portrays Princess Diana. Prince Charles is rumored to be played by Dominic West, though this hasn’t been confirmed by The Crown just yet.

Jonny Lee Miller will play John Major in the fifth season of The Crown. pic.twitter.com/woMcTQtUmb

While John Major’s Tory Prime Minister stint  covered the period from November 1990 and May 1997, it’s not completely clear what years series 5 will cover but it will begin with his leadership take over from took the leadership from Margaret Thatcher which was played in series 4 by Gillian Anderson.

That said, conventional wisdom does say that series 5 will follow political events such as The Gulf War (from 1991), IRA bombings in London (1991) and Major’s announcement in November 1992 saying the Queen would be taxed. According to Deadline, storylines in Season 5 will include Princess Diana’s bombshell BBC Panorama interview with reporter Martin Bashir which has recently been in the news.

Miller appeared on stage in 2011 in Danny Boyle’s adaptation of Frankenstein opposite Sherlock‘s Benedict Cumberbatch. Both actors switched the roles of ‘the creature’ and Dr. Victor Frankenstein on an every other night basis. Having had the great good fortune to see this production live in 2011 with Miller playing the Creature and Cumberbatch as Dr. Frankenstein, this was the first time I crossed paths with Miller. Watching the duo in full command of the stage for the better part of two hours did nothing more than solidify my belief that British actors are in a class all their own.