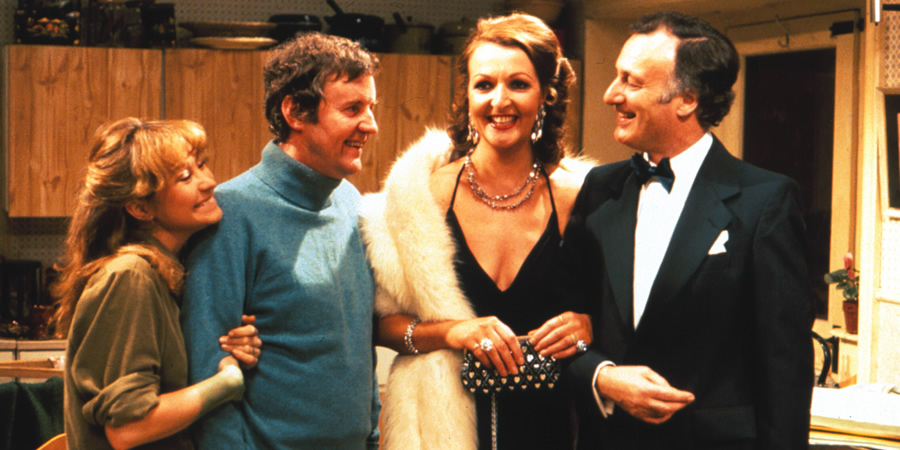 Following in the footsteps of other British situation comedies such as Fawlty Towers, Yes Prime Minister and The Vicar of Dibley, the classic British comedy, The Good Life, is set to become a stage play premiering at Theatre Royal Bath as part of their 2021 Autumn Season, beginning 7 October 2021.

The timing seems so right considering the fact that The Good Life is probably more relevant today from a storyline standpoint of individual sustainability than when it premiered on BBC1 in April 1975. Producers describe the new play “…as one that celebrates a time when, whatever our differences, we still managed to get on with our neighbors.” Sounds a bit utopian these days….

Follow its run in Bath, The Good Life tour has confirmed dates through December 4 including the Cheltenham Everyman, Salford Lowry, Oxford Playhouse, Cambridge Arts Theatre, Malvern Theatres, Richmond Theatre and Chichester Festival Theatre with what appears to be approximately 4-5 dates per venue.

According to beyondthejoke.co.uk, the John Esmonde and Bob Larbey iconic sitcom premise is being adapted for the stage by Jeremy Sams, who has previously worked on Noises Off, the production Spend, Spend, Spend and the international tour of The Sound of Music. The play will feature newly created stories alongside some of the TV sitcom’s classic moments.

The Good Life, which ran on BBC TV from 1975 to 1978 and has continued on public television stations for decades starred Richard Briers and Felicity Kendal as Tom and Barbara Good who turn their backs on a mainstream lifestyle instead choosing to turn their house in Surbiton, Surrey, into a self-sustainable home complete with a vegetable garden and livestock with Paul Eddington and Penelope Keith as their middle-class neighbors Jerry and Margo Leadbetter.

While casting for a majority of the key roles have yet to be announced, it has been confirmed that Rufus Hound will bring his extensive stage credits (One Man Two Guvnors, Theatre Royal Haymarket, What The Butler Saw, Theatre Royal Bath / Leicester Curve, Don Quixote, RSC, Dirty Rotten Scoundrels, Savoy Theatre London, Present Laughter and Neville’s Island, Chichester Festival Theatre and his award-winning role as Mr. Toad in The Wind in the Willows, London Palladium, to the role of Tom Good. I wonder who will be cast as Geraldine the goat or their pigs, Pinky and Perky.

Pre-COVID, there was speculation that Katherine Parkinson (The IT Crowd, Doc Martin, The Old Guys, Whites) would take on the role of Barbara Good but nothing has been confirmed for the newly post-COVID tour that has been rescheduled from Summer 2020. Producers describe the new play “…as one that celebrates a time when, whatever our differences, we still managed to get on with our neighbors.”

Thankfully, regional theatre is alive and well in the UK and is beginning to dig out from 18 months of uncertainty due to COVID. It will be soon, once again, a common sight to walk past virtually any theatre in any city outside London and see a familiar name of your favorite British comedy or drama star. Over the years, the Theatre Royal Bath is a perfect example where I have had the great good fortune to have seen the likes of both Penelope Keith and Felicity Kendal grace the stage. More recently, in 2019, walking through Bath, I saw a sign for Martin Shaw (Inspector George Gently, Judge John Deed) starring in Gaslight.

If you love regional theatre and find yourself in or around Bath, tickets are available via theatreroyal.org.uk