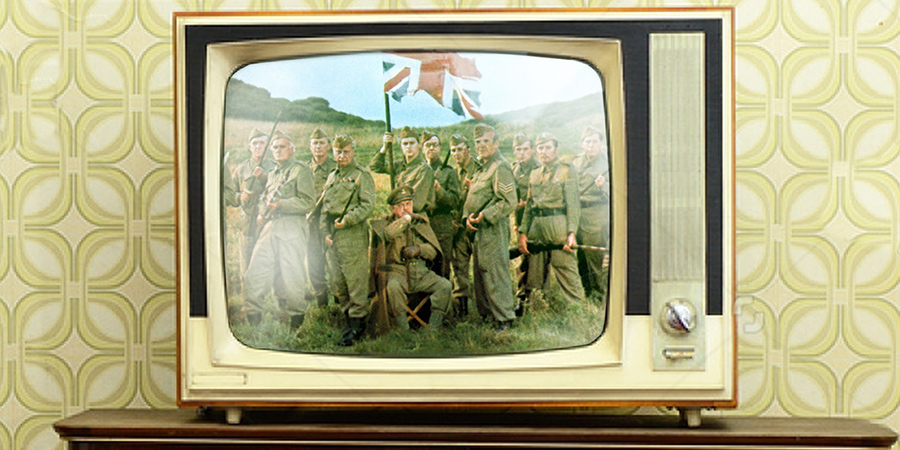 Described as ‘an affectionate salute to the kind of comedy program that just isn’t made any more’, Raising Laughter: How the Sitcom Kept Britain Smiling in the 1970s couldn’t come at a better time given the last 18 months of on-again/off-again/on-again pandemic lockdown.

Robert Sellers’ in-depth look at the creation of British TV sitcoms between 1970 and 1979 with be a reminder of just how lucky we were to have programs such as Are You Being Served?, Butterflies, The Good Life, To the Manor Born, Rising Damp, Fawlty Towers and Dad’s Army be a part of our collective lives at varying stages of growing up.

Sellers, who previously worked on The Secret Life Of Ealing Studios, the history of Handmade Films, George Harrison’s film company, and the authorized biographies of Kenny Everett and Ernie Wise, accesses the mind palaces of many of those responsible for some of the best television on television on both sides of the camera including Trevor Bannister (Are You Being Served?), Wendy Craig (Butterflies) and Brian Murphy (Man About the House), writers Roy Clarke (Open All Hours, Keeping Up Appearances), Bob Larbey (The Good Life, As Time Goes By) and David Nobbs (The Fall and Rise of Reginald Perrin) and producer/directors John Howard Davies (The Goodies, Only Fools and Horses, Yes Minister, Blackadder, Mr Bean) and Harold Snoad (Keeping Up Appearances).

Aside from being what we all fondly remember as series and ‘friends’ that simply made us laugh, the sitcom is a window into the culture of the day, and Raising Laughter provides a fresh look at one of our most divisive and controversial decades: the 1970s.

For my money, the 70s provided a comedy foundation like no other and set the table for those creating comedy today to continue their legacy. Fawlty Towers remains the funniest sitcom of all-time while series such as The Good Life and Yes Minister remain as relevant and current today as they did the day they premiered almost 50 years ago. If you’re a fan of British sitcoms from the 70s like I am, you’ll be adding Raising Laughter to your Fall reading list!

Raising Laughter: How the Sitcom Kept Britain Smiling in the 1970s will be published 1 September 2021.