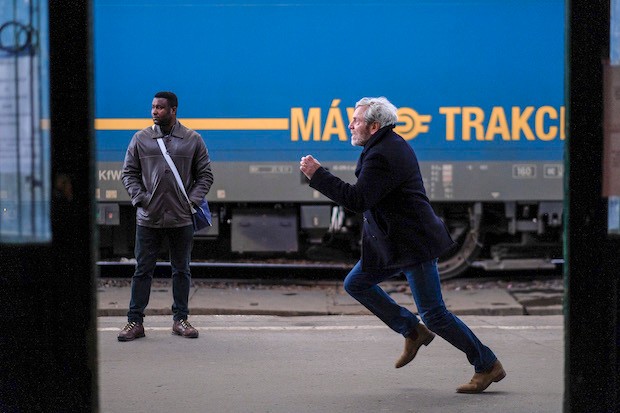 Tchéky Karyo returns as retired detective Julien Baptiste when series 2 of Baptiste premieres this Fall on PBS Masterpiece. The long-awaited psychological crime drama, which was slowed by COVID restrictions earlier this year, will return to BBC One this Sunday at 9p. Swapping Amsterdam’s red light district from series 1 for the woody mountains of Hungary for his next case, Baptiste has an uncanny knack for finding the missing.

Killing Eve and Fleabag star Fiona Shaw will join the cast as British Ambassador Emma Chambers, a character who is thrust into the crosshairs of Baptiste’s most complex case to date, as the detective navigates an untrustworthy Hungarian police force and international media interest as he hunts for her husband and two sons who go missing on a skiing holiday in the Hungarian mountains. 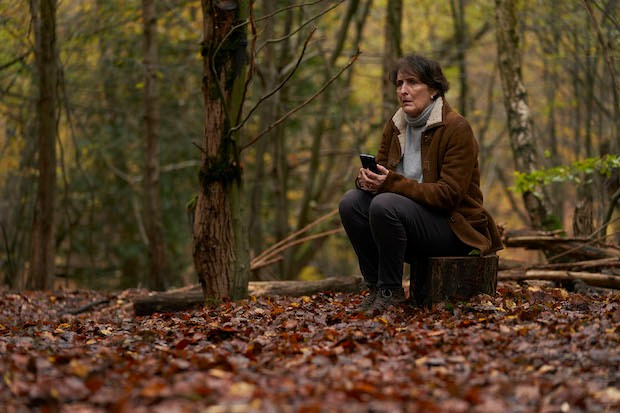 Radio Times reports that S2 will step the drama up a notch by switching between two different timelines: the start of Emma’s case and 14 months afterwards. While neither Emma nor Baptiste are in the best of places when they first meet, it’s soon revealed that their lives take a much steeper turn for the worse over the next year, with a disheveled-looking Julien arrested for drunken behavior before being served divorce papers by his wife, and a gaunt Emma seen using a wheelchair while continuing the search for her family alone.

For those that may need a bit of a refresher course for Baptiste S1, remember that we learned that Baptiste had a secret son (who went on to murder his own mother) in the series one finale, Baptiste is now staying in a dilapidated hotel room and ignoring messages from his worried wife Celia (Anastasia Hille), when he spots Emma’s case in the news and offers his services for free. “I find people Mrs Chambers, I’ve done this all my life,” he explains before proceeding to show up the actual officers assigned to the case in typical Baptiste fashion. 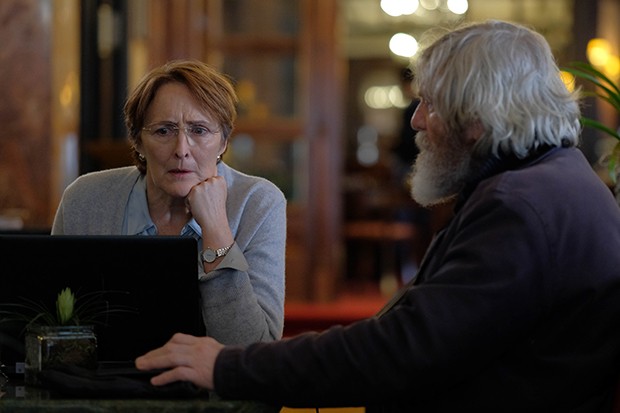 Line of Duty‘s Ace Bhatti plays Emma’s protective colleague Nadeem, who initially resists Baptiste’s input, while Dorka Gryllus stars as Zsofia Arslan, the Hungarian officer in charge of the case, who tries to get rid of Baptiste at every available opportunity. Meanwhile, Rhashan Stone, Michelle Duncan and Anita Adam Gabay play hotel guests and workers who, in typical murder mystery fashion, are incredibly uncooperative and agitated when questioned by Baptiste.

Baptiste S2 airs this Sunday at 9p on BBC One and returns to PBS Masterpiece this Fall.