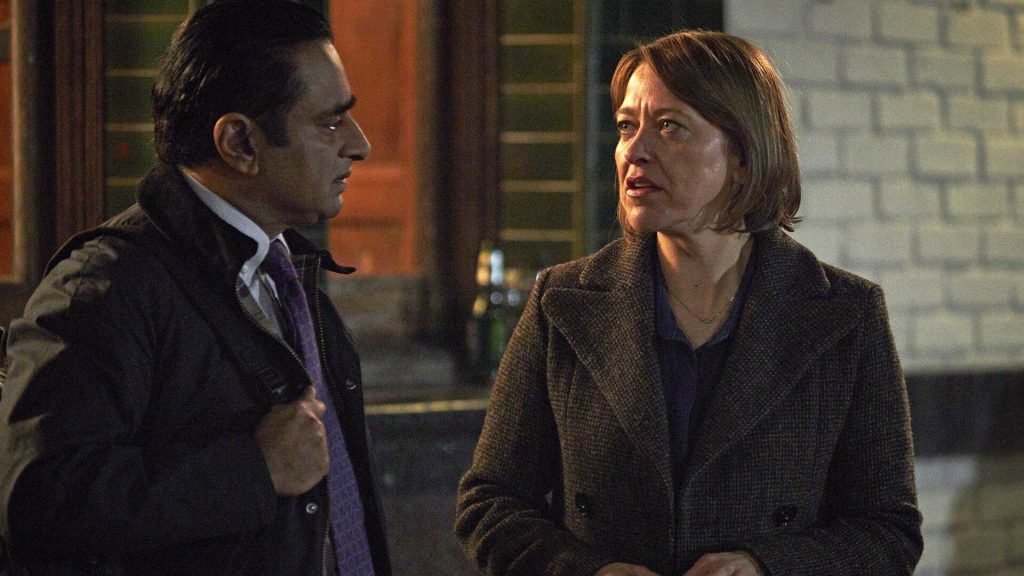 The long-awaited series 4 of Unforgotten finally arrived on our Sunday night telly doorstep a couple of weeks ago. While it has been three long years since we last touched base with DCI Cassie Stuart (Nicola Walker) and DI Sunny Khan (Sanjeev Bhaskar), the audience has already realized after only two weeks that it was worth the wait.

Longtime readers of Tellyspotting are keenly aware of my love for ‘DVD extras’ almost to the point that I gravitate towards those first before the individual episodes. Here are a few as we collectively work our way towards the series 4 finale on August 15. First up, for those that haven’t seen the series before, let’s catch you up before you begin series 4….

Unforgotten S4: Where we left off….

Let’s review the dramatic events of Season 3, how it affected the crime solving team, and how they must move forward in Season 4.

Series stars Nicola Walker and Sanjeev Bhaskar describe the gruesome murder at the center of Season 4 and the mystery that Cassie and Sunny must unravel.

Here, series creator/writer and Executive producer Chris Lang along with Liz White, Phaldut Sharma, Andy Nyman, and Susan Lynch introduce their individual characters and the threads that tie them all together.

Finally, P1 fans of Unforgotten know that Sunny and his backpack are rarely separated. Here, Sanjeev Bhaskar explains the social media hype about Sunny’s iconic backpack, and how it has evolved over the years.