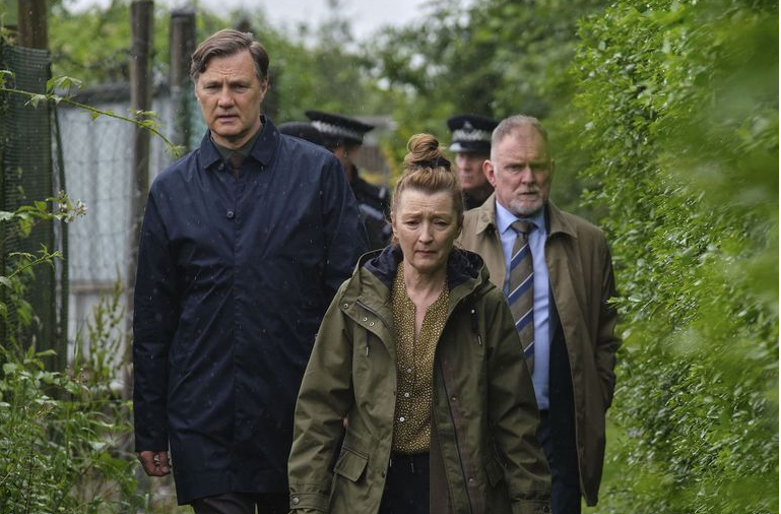 As if it wasn’t enough for fans of British drama to be in the middle of the new season of Unforgotten and Professor T and then possess the knowledge that new seasons of Call the Midwife, Grantchester, Baptiste, Endeavour, All Creatures Great and Small, Sanditon, Vera, Shetland, Father Brown, Death in Paradise and Miss Scarlet and the Duke are on the horizon, filming is underway on a new crime drama series from the BBC, Sherwood.

David Morrissey, best known for his role as The Governor in The Walking Dead, will lead the stellar ensemble cast as a detective tasked with finding the link between two killings that spark a manhunt in a Nottinghamshire mining village.

Inspired in part by real events, the 6-part crime drama will follow the community left shocked by these killings, with suspicion and antipathy building between lifelong neighbors and towards the police force who descend on the town looking for answers.

Academy Award nominee Lesley Manville (Mum), who was recently confirmed to be replacing Helena Bonham Carter as Princess Margaret in series 5 and 6 of The Crown and will star in the forthcoming adaptation of Anthony Horowitz’s Magpie Murders, starts as Julie Jackson, the stubborn wife of miner Gary, played by New Tricks‘ Alun Armstrong.

Seems as though Gary was one of only a few miners from Ashfield who protested on the picket line in the 1980s – something he doesn’t let anyone forget, even decades later, which puts him at odds with his neighbors.

Playing into the urban myth that there are only 6 actors in the UK and they seem to be in everything, the all-star cast features a cavalcade of familiar faces including Downton Abbey‘s Kevin Doyle and Joanne Froggatt, Lorraine Ashbourne (The Crown, Bridgerton), Perry Fitzpatrick (Line of Duty), Stephen Tomkinson (Ballykissangel, DCI Banks) and Robert Glenister (Law and Order UK).

Coming to BBC One on a date yet to be determined, let’s hope that PBS’ Masterpiece has their eye on this one.