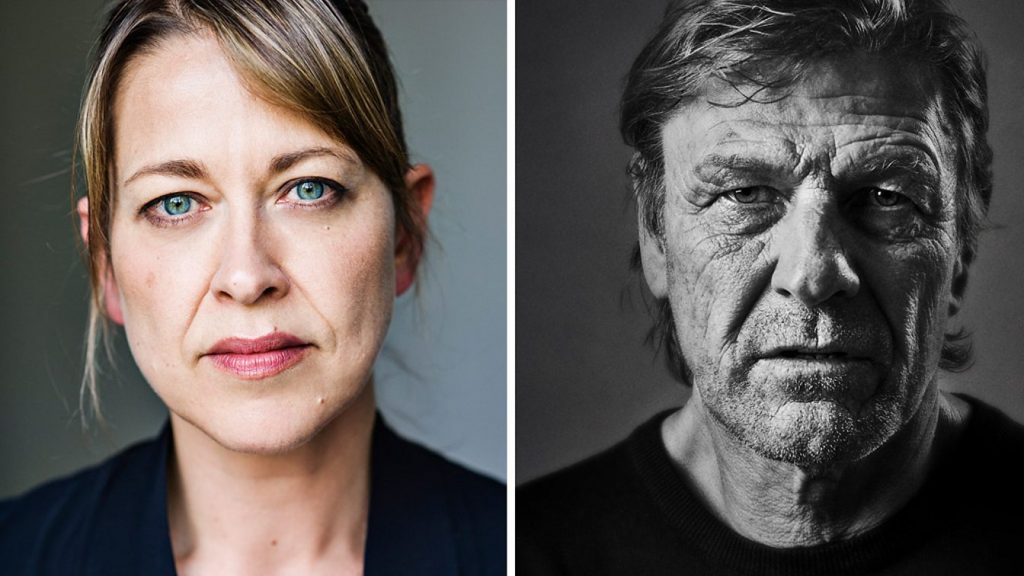 Fresh off her totally unexpected/departure at the conclusion of the 4th series of Unforgotten, Nicola Walker (Spooks, Last Tango in Halifax) is set to star with Sean Bean (Game of Thrones, Lord of the Rings, Broken) in an upcoming BBC comedy/drama series, Marriage. Written and created by Stefan Golaszewski (Mum, Him & Her), the four-part series is described as “an up-close portrait of a marriage – sometimes funny, sometimes moving, always revealing.”

The series focuses on married couple Ian (Bean) and Emma (Walker) as they negotiate the ups and downs of their 30-year marriage. “We see them dealing with the insecurities, the ambiguities, the hopes and the fears that are part of all marriages, as the drama explores the risks and the gifts of a long-term intimate relationship.” Not sure where the comedy part of the ‘comedy/drama’ enters into the picture but can’t wait to find out.

In what was beginning to sound like three charter members of a mutual admiration society, each sounded like they can’t wait to begin. Sean Bean says: “I’m thrilled to be playing opposite the talented Nicola Walker and I’m looking forward to bringing Stefan’s intimate scripts to the screen.” Nicola Walker comments: “This is a unique project. Stefan has created such a beautiful, funny and complicated world and I’m excited to be stepping into Ian and Emma’s marriage with Sean. Stefan Golaszewski, who will also direct the show, adds: “It’s amazing to get to work with Sean and Nicola. They’re actors of such depth, truth and warmth and I can’t wait to go on this journey with them.”

Personally, I can’t think of two more brilliant individuals that could be paired together for this effort. Adding in the script writing greatness of Golaszewski and this will definitely be one to keep an eye on.