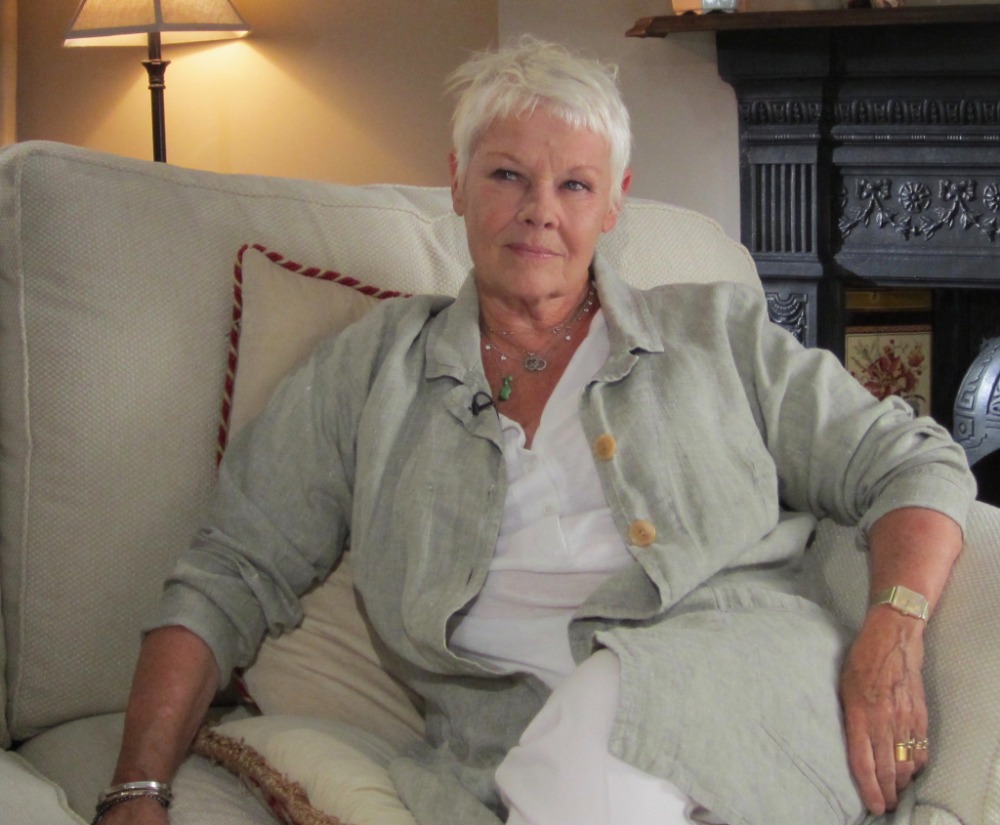 With familial links to Hamlet’s Castle, the connection is set to be revealed on the BBC program, Who Do You Think You Are?, which will broadcast Tuesday, 12 October and has left her feeling just a wee bit closer to William Shakespeare, a full 64 years after she made her debut as Ophelia in Hamlet. In addition to Hamlet, Dench has acted in many of Shakespeare’s most famous plays, including Romeo and Juliet and Macbeth.

As researchers delved into Dench’s family history in Denmark, the actress learned that her ten-times great aunt was a lady in waiting to the Queen of Denmark in the 16th-century and was, therefore, employed at Kronborg Castle which is widely credited for being the backdrop and inspiration for Hamlet’s castle in Hamlet, arguably one of Shakespeare’s most famous plays.

After visiting the Kronborg Castle – immortalized in Shakespeare’s play Hamlet – the acting veteran, 86, admitted to the Radio Times: ‘I’ve always wanted to visit Kronborg Castle and now not only have I visited it, but I have a link to it, too.‘ She added: ‘I hope my ten-times-great aunt liked the Bard – knowing that Kempe visited the castle and presumably performed there does make me feel that I’m a step nearer to my beloved Shakespeare.‘

Considered to be one of the most important Renaissance castles in Northern Europe, Kronborg is in the town of Helsingør, Denmark, prompting Dame Judi to exclaim: ‘I just will never stop talking about it. Now I’m a Dane! Heaven!… I look in the mirror all the time now and think, “Aah, Scandinavia!”’

This isn’t the first time that the series has discovered an impressive link in the family history of its celebrity guests. Eastenders star Danny Dyer famously discovered he was related to royalty, via William the Conqueror, while Prime Minister Boris Johnson has ties to King George II as revealed in earlier episodes.

While I’m not saying I would have bet my next paycheck on this possibility, it does seem like a pretty sure bet if you had wanted me to wager on the possibility that Dame Judi Dench had a direct connection to William Shakespeare.

Who Do You Think You Are? airs Tuesdays on BBC1.