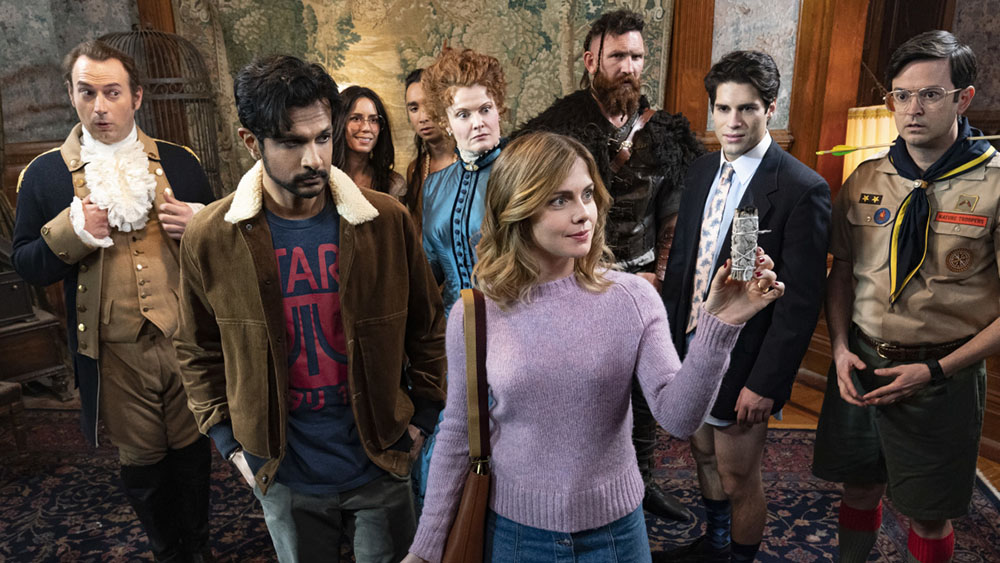 Regular readers of Tellyspotting are, no doubt, keenly aware of just how much I do not care for American remakes of British comedies or mysteries. The American broadcast streets are littered with failed remakes of the likes of The IT Crowd, Fawlty Towers, Red Dwarf, Coupling, Spaced, Absolutely Fabulous, Men Behaving Badly, Life on Mars, Skins, The In-Betweeners, The Young Ones, Dad’s Army and many more.

Starring the original stars of Horrible Histories, Mathew Baynton, Simon Farnaby, Martha Howe-Douglas, Jim Howick, Laurence Rickard and Ben Willbond, the BBC version of Ghosts centers around a cash-strapped young couple who inherit a grand country house, only to find it is both falling apart and teeming with the ghosts of former inhabitants. Each ghost is very much a product of their time, resigned to squabbling with each other for eternity over the most inane of daily gripes. 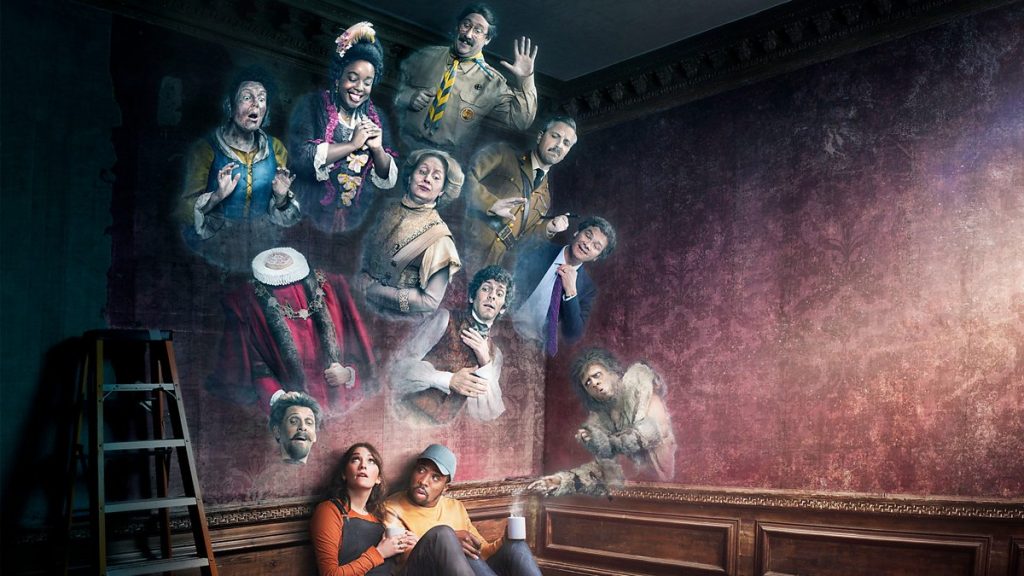 The BBC version has ghosts that are made up of a troupe of restless spirits who have died there over the centuries. While the departed souls in the CBS series appear to be a close-knit, eclectic group that includes a saucy Prohibition-era lounge singer, a pompous 1700’s Militiaman, a ’60s hippie fond of hallucinogens and an overly upbeat ’80s scout troop leader, they seem more like they have just left a costume party as opposed to actually being from different centuries.

Don’t take it from me…you decide!

What continues to baffle the many who share my personal opinion about American remakes is not being able to understand why American broadcast networks continue to try and ‘get it right’. In several cases, American versions have even bought the British scripts and used them word for word. Unfortunately, American producers then try to cram a 30-minute script into roughly 21-22 minutes (have to have those commercials, you know) allowing no time for anything to breathe.

I did see where Call Me Kat, the American remake of Miranda starring Mayim Bialik, has been renewed for a second season. I did see the first episode, which I didn’t think much of, but maybe I’ll give it another chance since there will be a second series.