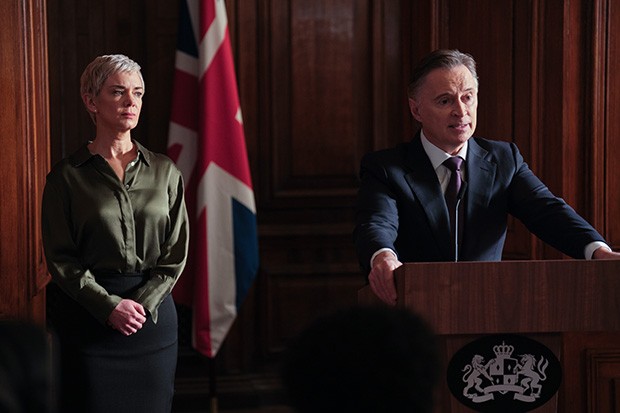 Two years ago the plotline of Cobra seemed a little ‘out there’ to say the least. Imagine, the United Kingdom brought to its knees by a global catastrophe, unprepared politicians scrabbling to respond and even the weird notion of panicked citizens stockpiling toilet paper thrown in to make it even more implausable.

While it wasn’t a global pandemic (how crazy would THAT have been to imagine back in January 2020), it was a massive solar flare which left much of Britain without power, sparking social and political chaos and causing a run on necessary paper products.

Now, two years removed from saving the U.K., Prime Minister Robert Sutherland (Robert Carlyle) faces a new, even more unpredictable threat: a series of crippling cyberattacks in Cobra: Cyberwar. Unfortunately for Sutherland, an election has occured since that mean old solar flare played havoc with civilization as we know it and the PM lost a sizeable portion of his political marjoity. 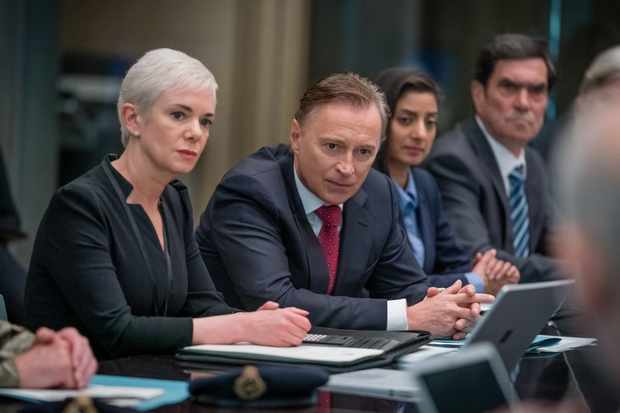 Much to the dismay of Chief of Staff Anna Marshall (Victoria Hamilton), the PM finds himself having to form an alliance with former Home Secretary, now Foreign Secretary, Archie Glover-Morgan (David Haig) to take on the new Home Secretary, Joseph Obasi (Bridgerton star, Richard Pepple).

Series 2 tackles another ‘too close for comfort/real life’ storyline from the mind palace of series writer, Ben Richards, focusing on cyberattacks targeting critical infrastructure as well as the impact of fake news on democracy.

Cobra: Cyberwar airs Fridays on SkyOne and will be headed to PBS in 2022.