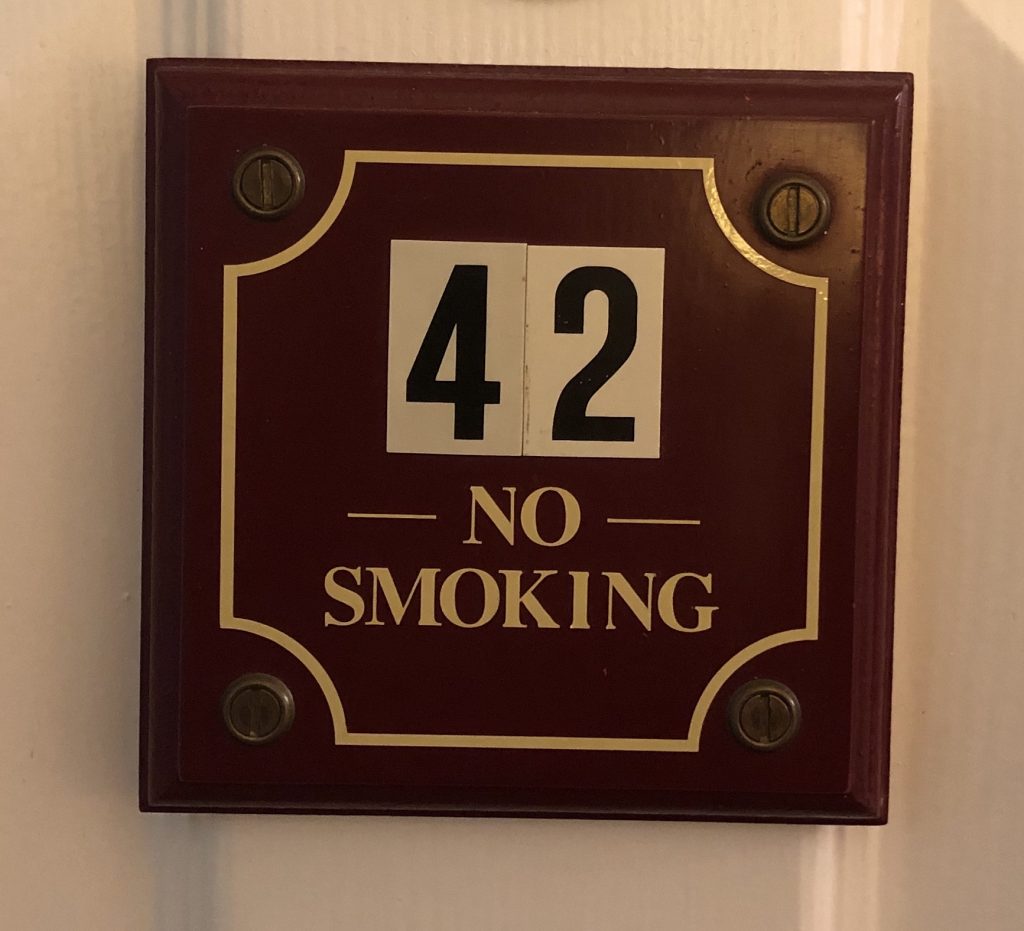 It was 42 years ago this month where the literary world learned the answer to life, the universe and everything. While the face of radio comedy changed forever back in March of 1978, it was October of 1979 that Douglas Adams unleashed Hitchhiker’s Guide to the Galaxy, as a book, on the world.

It was seemingly an ordinary Thursday lunch for Arthur Dent until his house gets demolished. Unfortunately, for Arthur, the weekend has only just begun as the Earth followed shortly after and all he had was a towel and a book with large letters, DON’T PANIC, on the cover.

Hitchhiker’s Guide to the Galaxy was created and written by Douglas Adams. Initially broadcast in the United Kingdom by BBC Radio 4 in March 1978, it was subsequently transmitted by the BBC World Service, National Public Radio in the US and CBC Radio in Canada. It became the first radio comedy program to be produced in stereo only after it was briefly classified internally at the BBC as a drama instead of a comedy. In 1977 BBC Radio Drama programs were allowed to be recorded in stereo, whereas BBC Radio Comedy programs were not.

A self-described big fan of Pink Floyd and the Beatles, Adams set about creating Hitchhiker’s Guide with the feel of a “rock album, wanting to convey the idea that you actually were on a spaceship or an alien planet.  As the technology available in 1978 for mixing sound effects at the BBC’s Paris Theatre radio studio was limited, much like the Beatles’ recording of Sgt Peppers, a keen sense of being innovative with what exited came into play to create the H2G2 sound that we all know well today.

The production had only one eight track tape recorder at their disposal which meant that many of the effects in the program were mixed “live” with tape loops of background sound effects strung around the recording studio. Speech patterns for some characters had to be later altered and much of Stephen Moore’s performance as Marvin the Paranoid Android was actually recorded in a cupboard.

The radio series/LP version/novel/tv series/computer game/feature film follows the adventures of hapless Englishman Arthur Dent and his friend Ford Prefect, an alien who writes for The Hitchhiker’s Guide to the Galaxy, a pan-galactic encyclopedia and travel guide. Following the Earth’s destruction, Arthur and Ford find themselves aboard a stolen spaceship piloted by Zaphod Beeblebrox (Ford’s semi-cousin and Galactic President), depressed robot Marvin, and Trillian, the only other human survivor of Earth’s destruction. 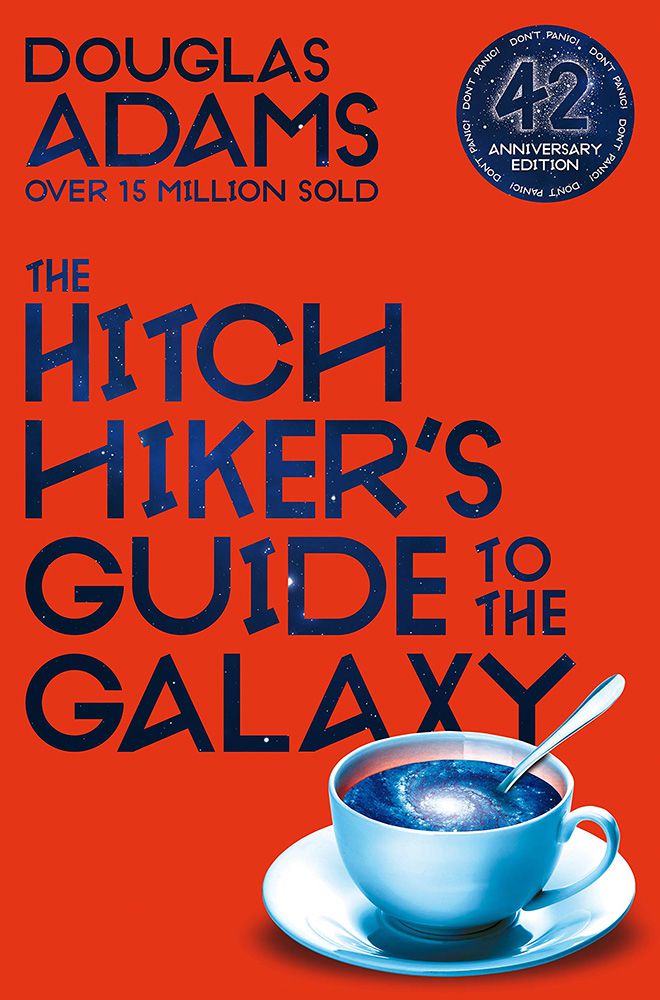 While it may have been 42 years since that fateful day in October 1979, in principle, the story rings eerily true today. You might recall that in the story, the Vogons are an alien race destroying planets to make way for construction of a new hyperspace bypass. Bureaucracy is the cornerstone of the Vogon existence as they won’t do anything without forms signed in triplicate. One could draw a present day correlation to how world leaders handle or don’t handle major issues such as climate change.

To mark the occasion, MacMillan Publishers has released a special 42nd anniversary edition of Hitchhiker’s Guide to the Galaxy which is currently available worldwide to mark the occasion. Don’t Panic, however, as there is ample time to pick up a copy at your local independent bookshop. Might I suggest Forbidden Planet on Shaftesbury Avenue in London for that true UK experience.

While, as a society, we tend to celebrate anniversaries like 40th or 50th such as high school reunions commonplace, I prefer a 42nd anniversary of H2G2 for obvious reasons. Until next time, so long and thanks for all the fish.